This month, many of you will doubtless be participating in Dry July. But as opera lovers will tell you, you don’t actually need to be imbibing in order to feel intoxicated – just listen to some of the great operas instead. In our cover feature, Musical Inebriation, Mahima Macchione raises a glass to opera’s love affair with all things alcoholic, and explores how drinking and drunkenness play their part in so many operatic plots.

In the feature River Deep, Mountain High, Harriet Cunningham gets the lowdown on the Australian Chamber Orchestra’s next musical and cinematic odyssey River, which follows in the wake of the hugely successful project Mountain. Talking to ACO Artistic Director Richard Tognetti, film director Jennifer Peedom, and stage director Nigel Jamieson, Cunningham discovers how River – which combines an environmental film with an eclectic soundtrack – came together and how it will, hopefully, attract new audiences to the concert hall.

Until recently, Virginia Gay didn’t dare think of herself as a writer. But as Steve Dow reveals in his feature The Write Stuff, 2020 turned out to be a very constructive year for the much-loved actor. Despite contracting COVID-19 while in Los Angeles, she wrote two stage plays – an adaptation of Edmond Rostand’s Cyrano de Bergerac and a pantomime – both of which are soon to be staged. Cyrano will have season at Melbourne Theatre Company from 31 July, and The Boomkak Panto will run at Belvoir St Theatre in November/December.

In our fourth feature, A Career to Trumpet, Vincent Plush salutes Paul Goodchild, the doyen of Australian brass. In August 2020, after being diagnosed with cancer, Goodchild retired from the Sydney Symphony Orchestra where he had been Principal Trumpet since 1985, following in the footsteps of his father Cliff who was SSO’s Principal Tuba for 36 years. The two old friends discuss Goodchild’s life and career, his mentor Richard Gill, his fear that the brass band is a dying art form, and his love of wine.

In this month’s In the Limelight, Felicity Wilcox has written an article called Programming Must Get With the Program. In May, Ciaran Frame wrote an article for our website about his 2020 Living Music Report in which he analysed Australia’s orchestral programming to see if it adequately reflects the Australian identity and our gender, cultural and First Nations diversity. Frame found that in 2020 the answer was “not yet”. Wilcox – who is Senior Lecturer in Music and Sound Design at University of Technology Sydney, and a composer – has written an in-depth article in which she argues that orchestras must urgently address the stark deficits addressed in The Living Music Report.

Also in this issue, Limelight’s Editor-at-Large Clive Paget interviews Italian director Damiano Michieletto about his new production of Offenbach’s The Tales of Hoffmann, which has its world premiere at Opera Australia in August. He also interviews Spanish maestro Jaime Martín, the Melbourne Symphony Orchestra’s new Chief Conductor, and rounds up the best of this month’s new recordings.

Alexander Voltz writes about his new opera Edward and Richard: The True Story of the Princes in the Tower, Lynden Barber reviews the likeable Australian film Buckley’s Chance, and Diana Simmonds reviews Richard Davies’ book A Star On Her Door: The Life and Career of June Bronhill.

And there’s plenty more. In his latest Soapbox, Guy Noble owns up to a bad case of PCSD – Post-COVID Stress Disorder. Brian Nixon tells us about the Timpani in Playing Up, Jonathan Biggins says enough with the free theatre tickets in Sacred Cow, and Toby Chadd, the former ABC Classic and ABC Jazz Content Manager, who recently took up the role of Director of Artistic Programming at the Australian Chamber Orchestra, tell us about how his musicologist father inspired his own musical curiosity in My Music. 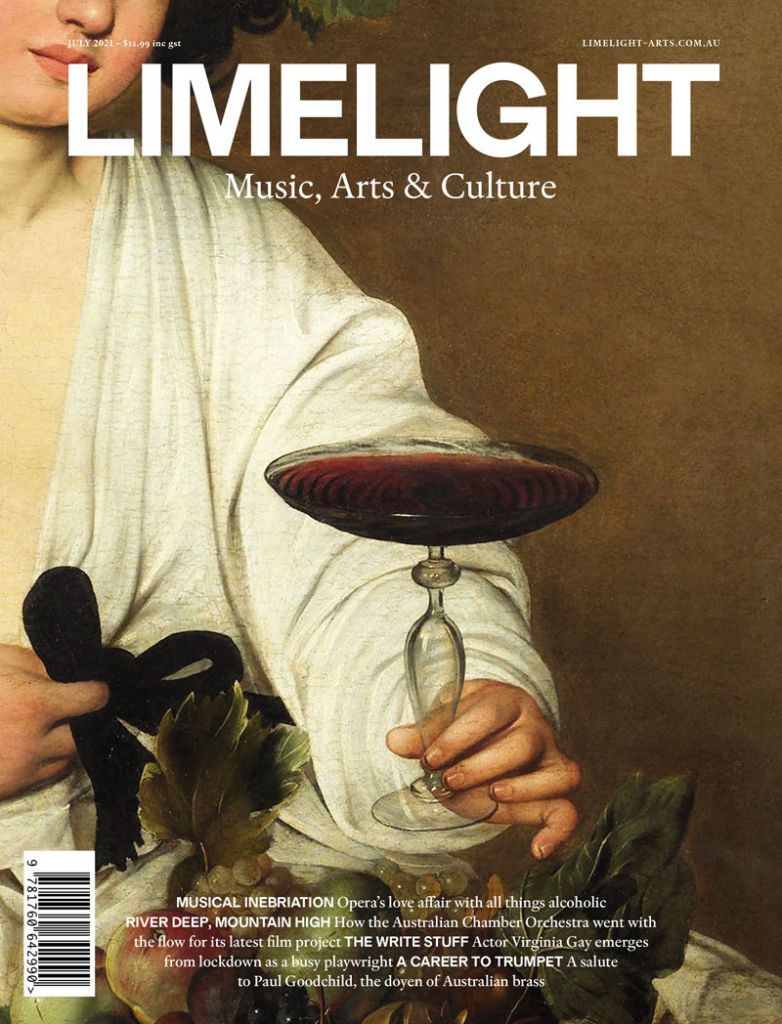 Join us or renew by 31 July for the chance to win one of three copies of Virtuoso, an 11-CD compilation featuring pianists of the Sydney International Piano Competition.

The Grigoryan Brothers, the Australian Chamber Orchestra and Joseph Tawardros are among the nominees.

The MSO surplus for 2021 is healthier than in 2020, but that is thanks in large part to federal and state COVID support and philanthropy.