Limelight staff are currently putting the finishing touches to our new-look magazine, which will be launched with the October 2020 issue.

Forced to suspend the publication of the magazine for five months due to the impact of COVID-19, owners Robert Veel and Bruce Watson used the time to review the best way to publish Limelight today, taking into account the ever-increasing number of visits to the website.

There are substantial changes to the redesigned magazine. Not only does it have a fresh, clean, contemporary look, but there is an enhanced emphasis on intelligent, in-depth features. 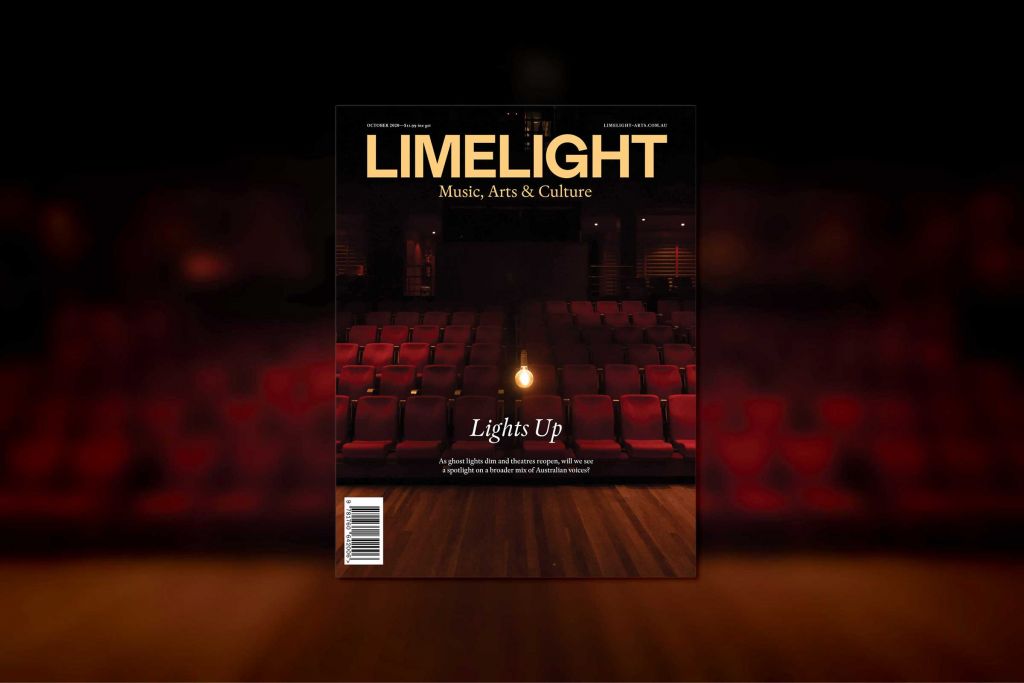 This offer includes 11 copies of the printed magazine and 12 months of free access to our website’s subscriber-only content.

In the October issue there are four major features. Steve Dow conducted more than 30 interviews with people working across the performing arts for his cover story The Australian Turn? He explores whether the focus on local content, while COVID-19 travel restrictions limit the number of visiting international artists, has provided a unique opportunity to create a greater space for a wider range of Australian voices.

Jan Bowen, who has known Richard Bonynge for over 20 years, has written a warm, insightful profile of the Australian maestro as he turns 90, revealing what makes him tick, and what has driven him to the top. If he had done nothing more than steer the voice and career of one of the most celebrated sopranos of the 20th century – his wife, Dame Joan Sutherland – that would have been an outstanding achievement. But, argues Bowen, it’s high time the ‘svengali’ myth was laid to rest, and Bonynge’s unmatched contribution to the musical world was recognised in its own right.

Harriet Cunningham takes a look at two wildly different productions of Mozart’s Così Fan Tutte – Nicholas Hytner’s Glyndebourne production, which is being presented by West Australian Opera in October, and the 14-episode online Quarantine Così, delighting audiences around the world. She asks if the misogyny in the opera makes it unpalatably sexist for audiences today, and examines why both of these productions have been such big hits.

Our expert reviewers will continue to cover a wide range of albums and concerts (live and streamed) as well as opera, theatre and dance productions. Some of these reviews will run online and some will feature in the magazine. Most of our album reviews will now run on our website, meaning that we can cover them as soon as the albums are released, and in more depth.

A few of the regular columns from the old magazine, such as World Premiere, Rising Star and Composer of the Month, will now run online. However, Guy Noble’s popular Soapbox will return as part of a new section at the end of the magazine. This will also include a new column called Sacred Cow where we ask people to vent about things that bug them in the music and performing arts worlds. Robert Veel kicks things off with a lament about “overture acting” in opera productions that, he argues, too often detracts from the music. If you have something you’d like to complain about in good-natured fashion, we’d like to hear from you.

Finally, for the first time, Limelight has a regular cartoonist. Stand-up comedian, writer, television presenter, radio host, painter and illustrator Peter Berner will add some humour to our pages with a monthly arts-inspired cartoon.

We hope that you will join us to read our new-look magazine, which will also include interviews, event listings and our monthly broadcast guides.