This month’s cover features a striking image from Stephanie Lake’s epic dance work Colossus, which premiered in 2018 and is now being performed around the world. As Deborah Jones discusses in her feature Stepping Up, Lake is now at the top of her game and in hot demand. Her latest contemporary dance work for her own company,  Manifesto, premiered at this year’s Adelaide Festival and now has a season at Melbourne’s RISING festival. On top of that, ballet companies are beginning to call. Jones talks to Lake and her partner and regular collaborator, audio-visual artist Robin Fox, about how it feels to have arrived. 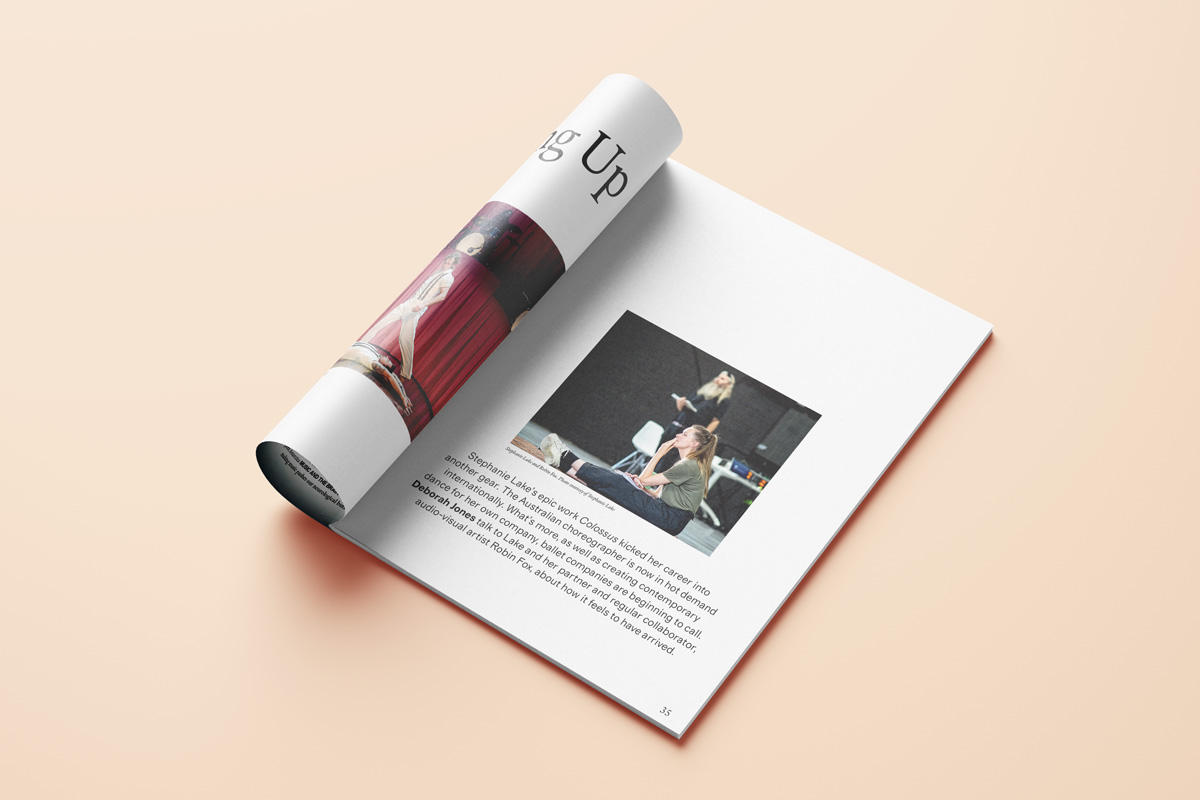 William Barton has made an enormous impact of Australian music. In our second feature, Will Power, Steve Dow talks to the didgeridoo virtuoso and composer about his life and booming career, and the numerous projects he has underway, including a new opera about former footballer Adam Goodes. Dow also talks with musical leaders including Deborah Cheetham and Simone Young – who will conduct a new Barton composition...