Thirty years ago, when I was editing the arts pages for Vogue Australia, a publicist rang to ask if I would like to go and meet an exciting, handsome young harpsichord player who had recently returned from Europe and was about to launch a new baroque orchestra in Sydney. It seemed a pretty audacious plan at the time. Intrigued, I agreed to go and meet him.

And so it was that I found myself interviewing Paul Dyer in the attractive house he was living in at the time in Watsons Bay, where he had a beautiful harpsichord in the living room, I seem to recall. With characteristic enthusiasm he explained his plans for the period instrument ensemble he had decided to call the Australian Brandenburg Orchestra. Few imagined then it would become such a beloved part of the Australian music landscape. In 2019, the group celebrates its 30th anniversary. Harriet Cunningham has written a lovely story that looks at the history of the Brandenburgs and the “understated madness” that underpins its incredible success. As has become our custom, we start the New Year with a bumper combined January/February issue with more stories and reviews than usual for the holiday period. In our cover story, we reveal the Limelight Artists of the Year for 2018. Usually we amalgamate the votes from our reviewers and readers, but this year, for the first time, we have decided to award both critics’ and people’s choice awards. The frontrunners weren’t dissimilar though they fell in a different order. So who won?

Our other features explore the Komische Oper Berlin’s hit production of The Magic Flute, Percy Grainger’s “imaginary ballet” The Warriors, Arvo Pärt’s ethereal music as the Australian Chamber Orchestra and Estonian Philharmonic Chamber Choir prepare to tour together, and the life and impact of Leonardo da Vinci 500 years after his death. Clive Paget also visited Steve Reich at home in upstate New York to talk about his new composition Music for Ensemble and Orchestra, which has its Australian premiere in February.

I’d also like to welcome Greta Bradman as Limelight’s new regular columnist. Among her numerous other commitments as a hugely busy soprano, Greta will write about all manner of things to do with music and the arts, beginning this month with a look at applause. May there be plenty of that in 2019!

The January/February 2019 issue of Limelight is available online through our website from January 1, 2019 to subscribers only. Subscribe today from only $6 per month (Digital Only) to read the issue.

The Magazine will be available from fine book stores as well as selected news agencies from January 7, 2019. Click here to find your nearest store. 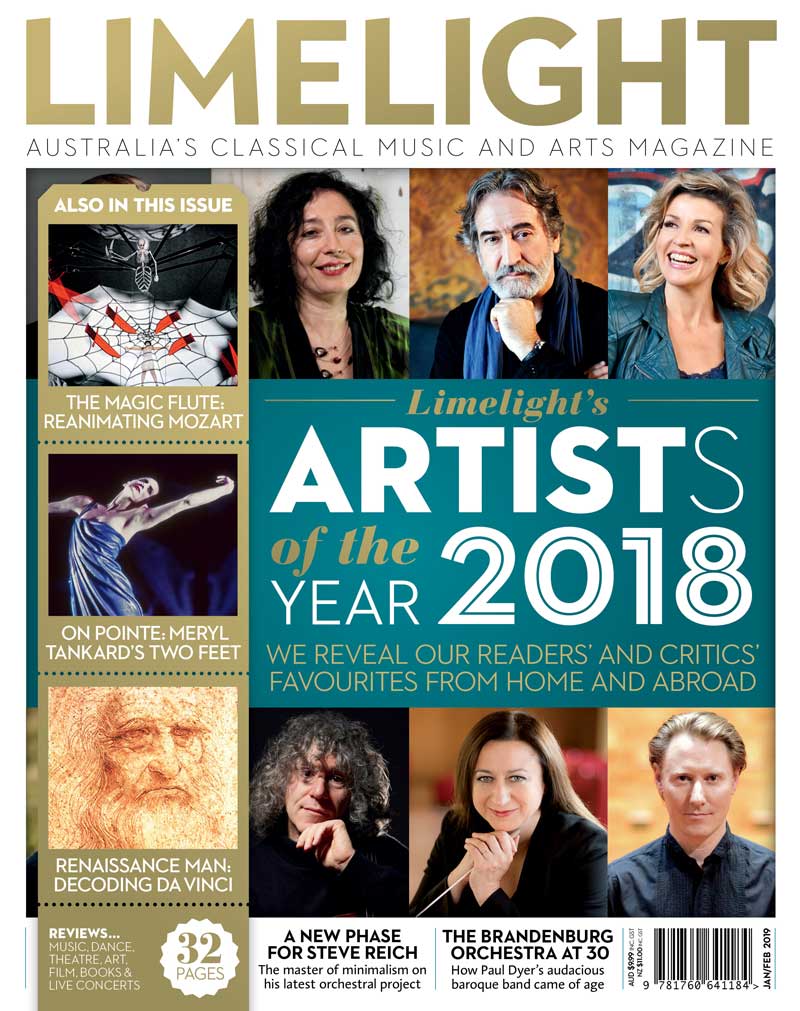 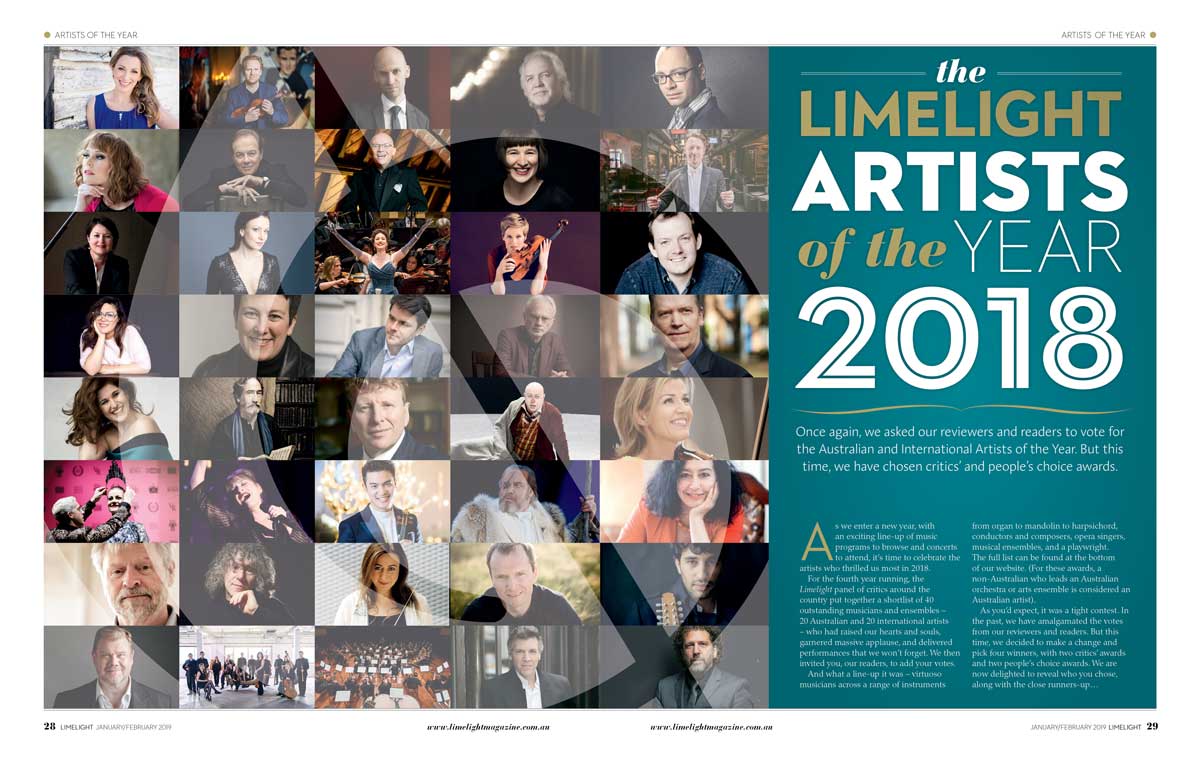 Artists of the year

This year, for the first time, we have both Critics’ Awards and People’s Choice Awards for Australian and international artists. So who did you and our reviewers vote for? 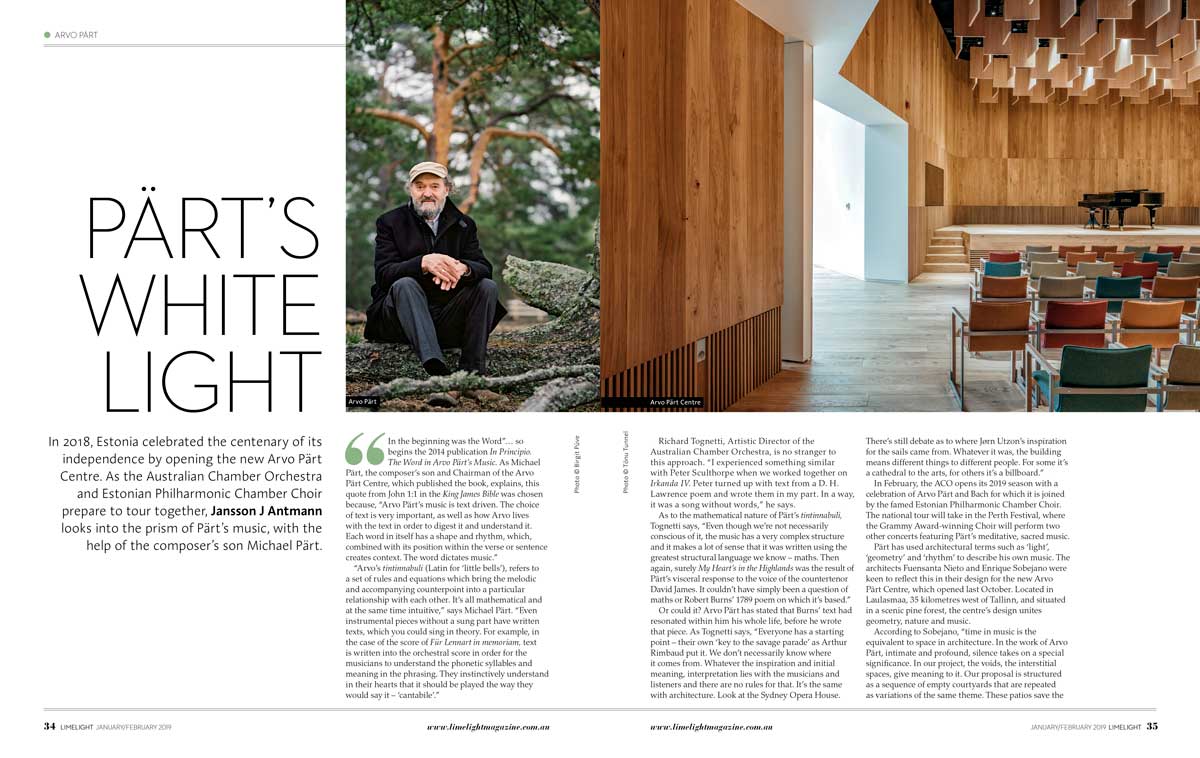 We look through the prism of the composer’s ethereal music as the Estonian Philharmonic Chamber Choir performs it with the ACO. 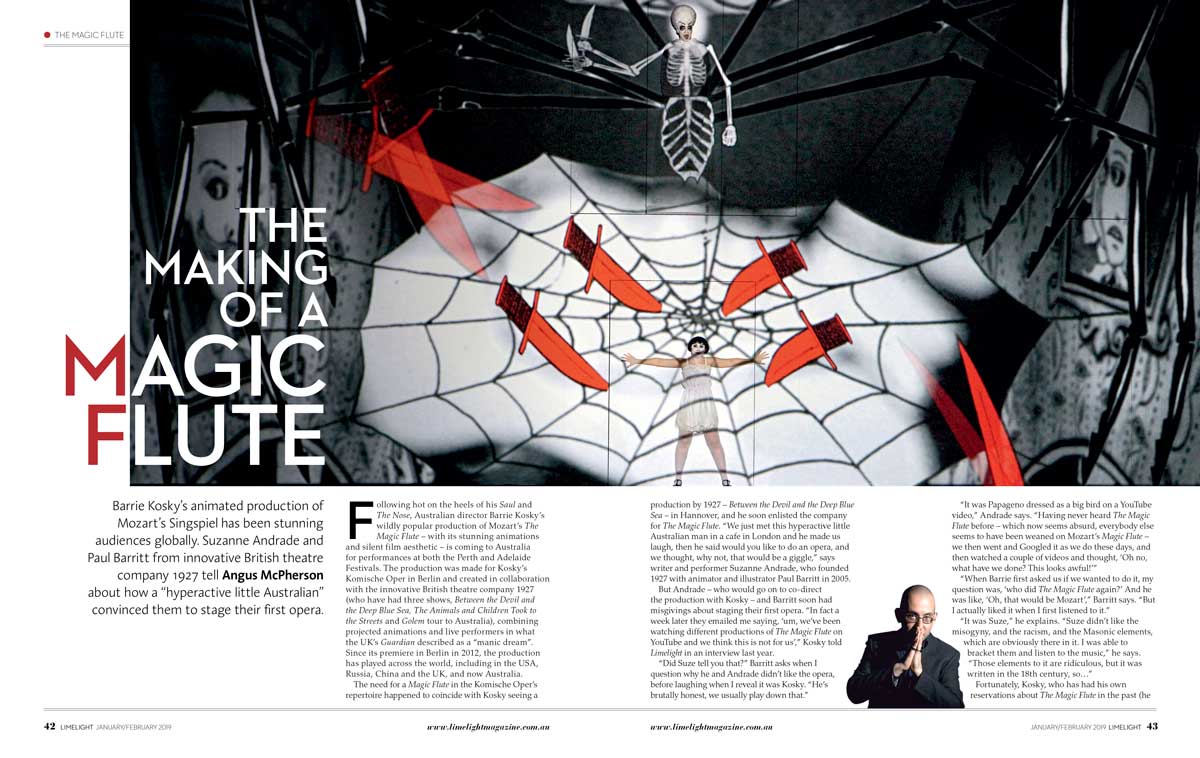 Suzanne Andrade and Paul Barritt from bold theatre company 1927 explain how Barrie Kosky convinced them to do their first opera. 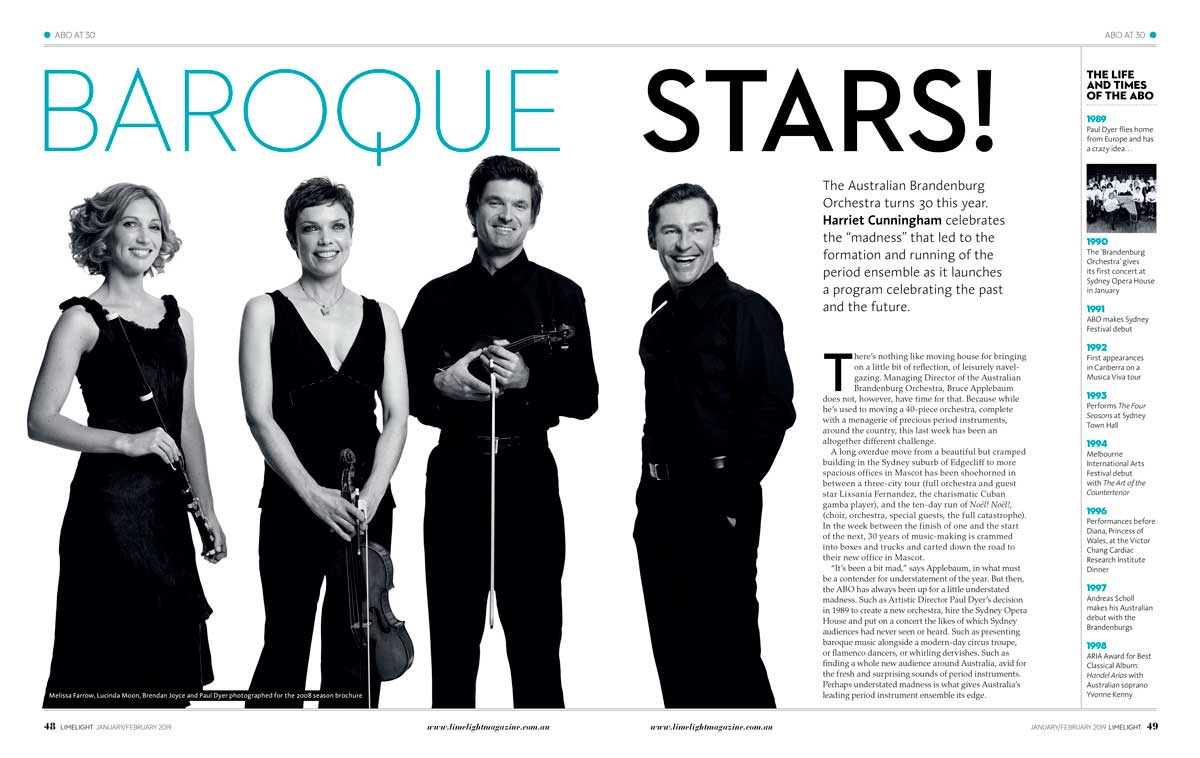 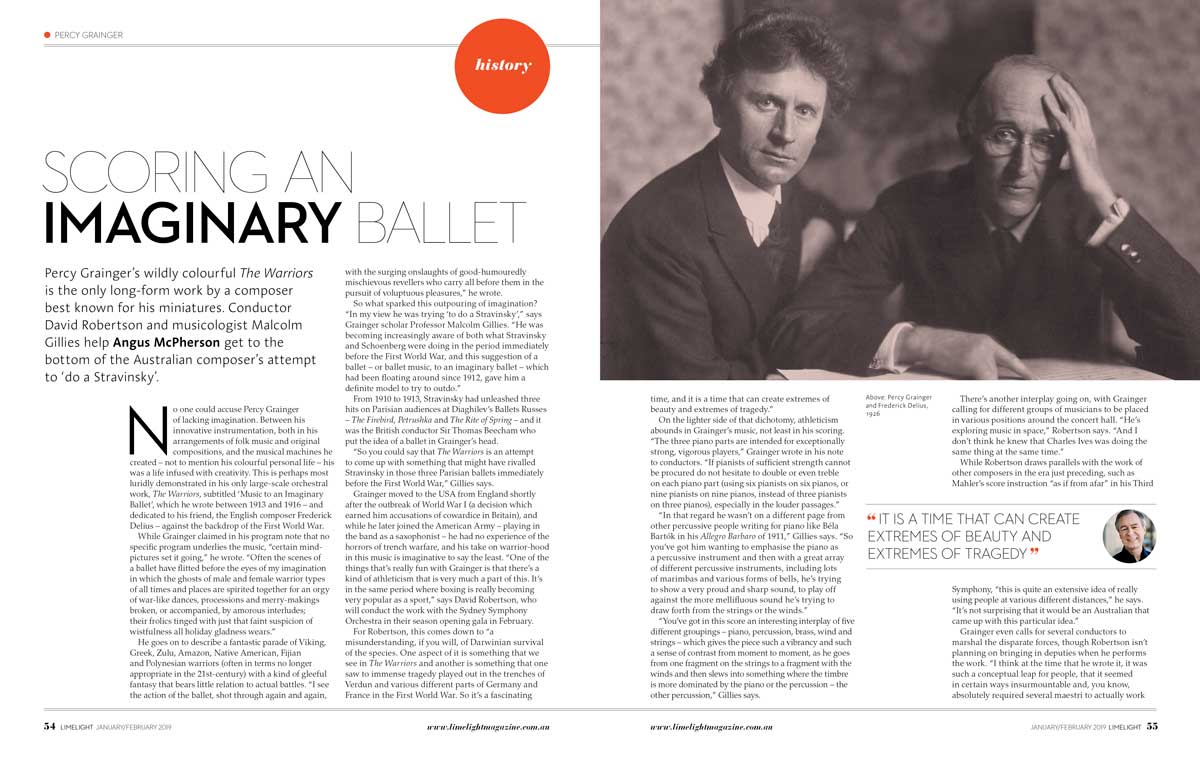 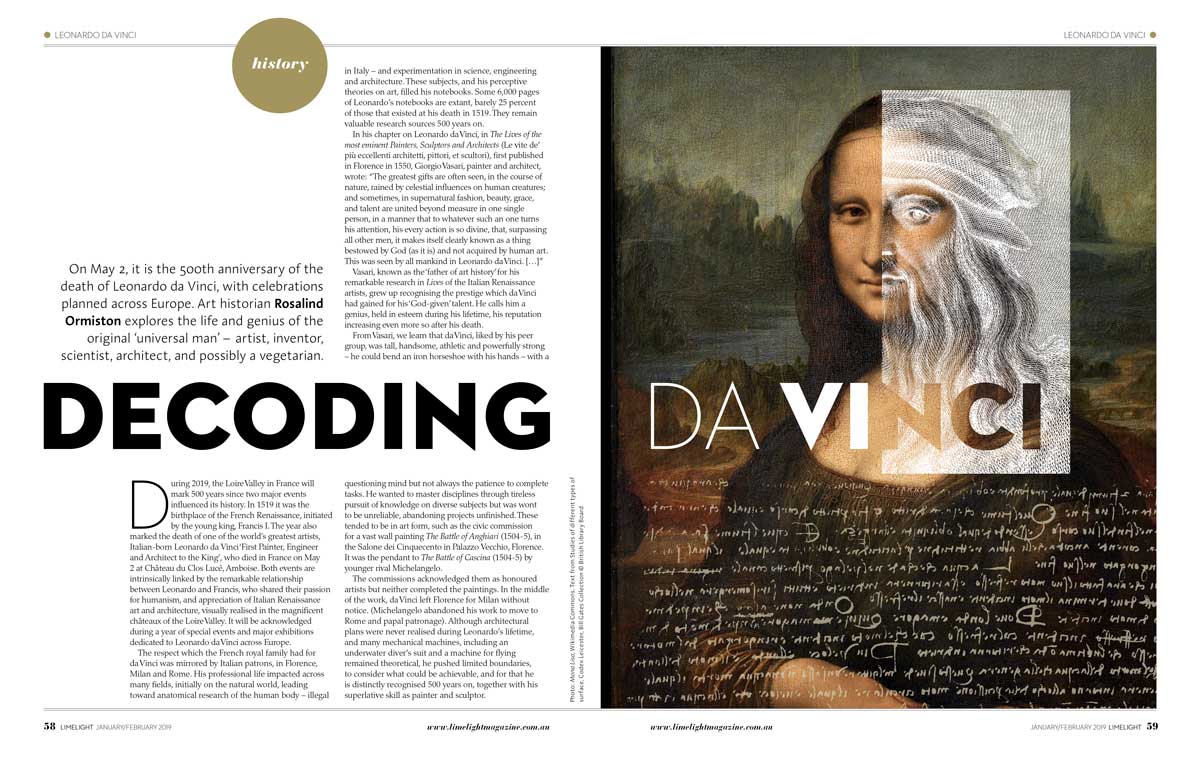 Art historian Rosalind Ormiston explores the life and genius of the original ‘universal man’ on the 500th anniversary of his death. 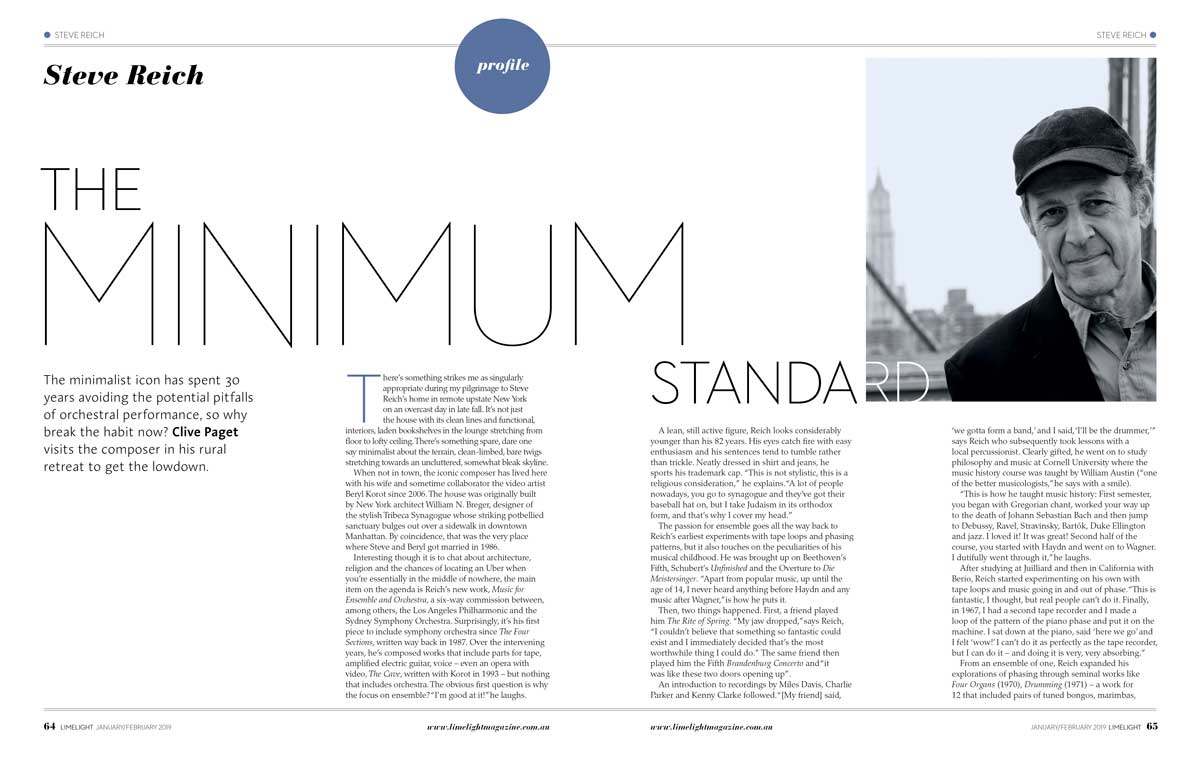 At home with Steve Reich

Clive Paget visits the minimalist icon in his rural retreat to find out why he decided to include an orchestra in his latest piece of music. 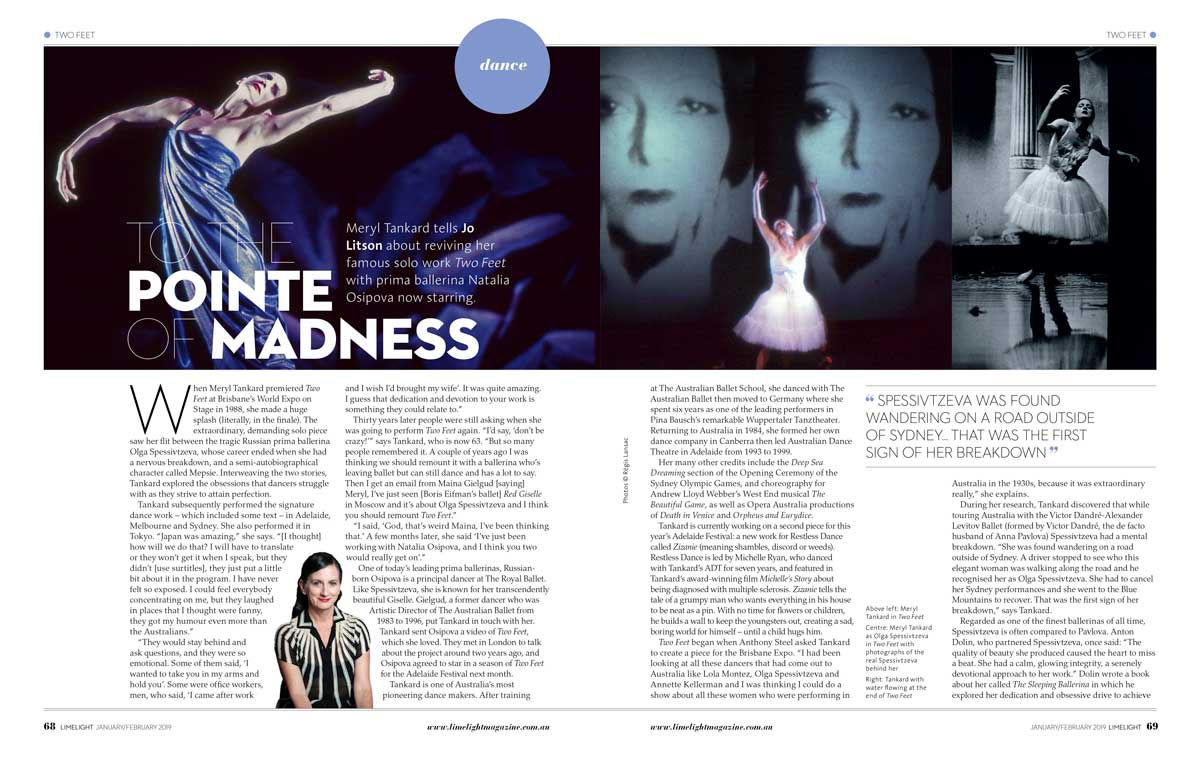 Meryl Tankard revisits her 1988 signature solo work, but this time with Russian prima ballerina Natalia Osipova taking to the stage. 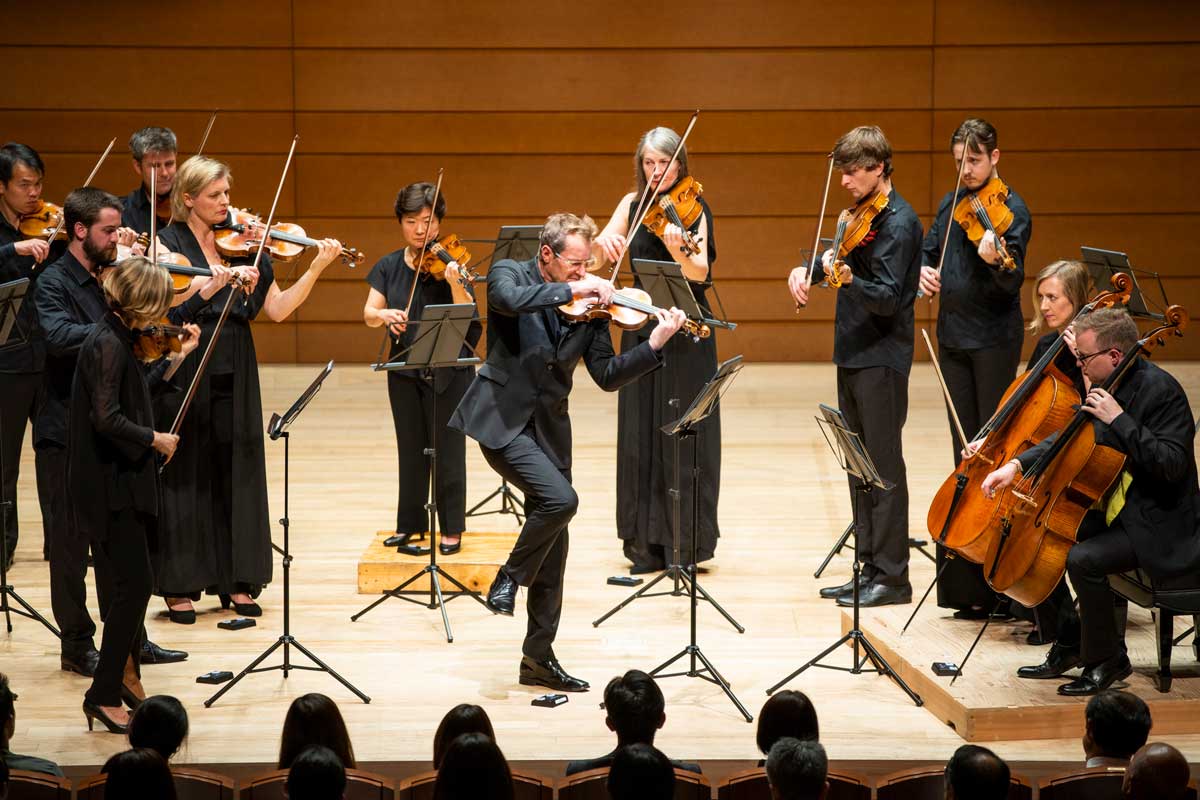 Subscribe, gift or renew a subscription to Limelight before February 28 and you could win an A Reserve subscription to the Australian Chamber Orchestra’s 2019 National Season. 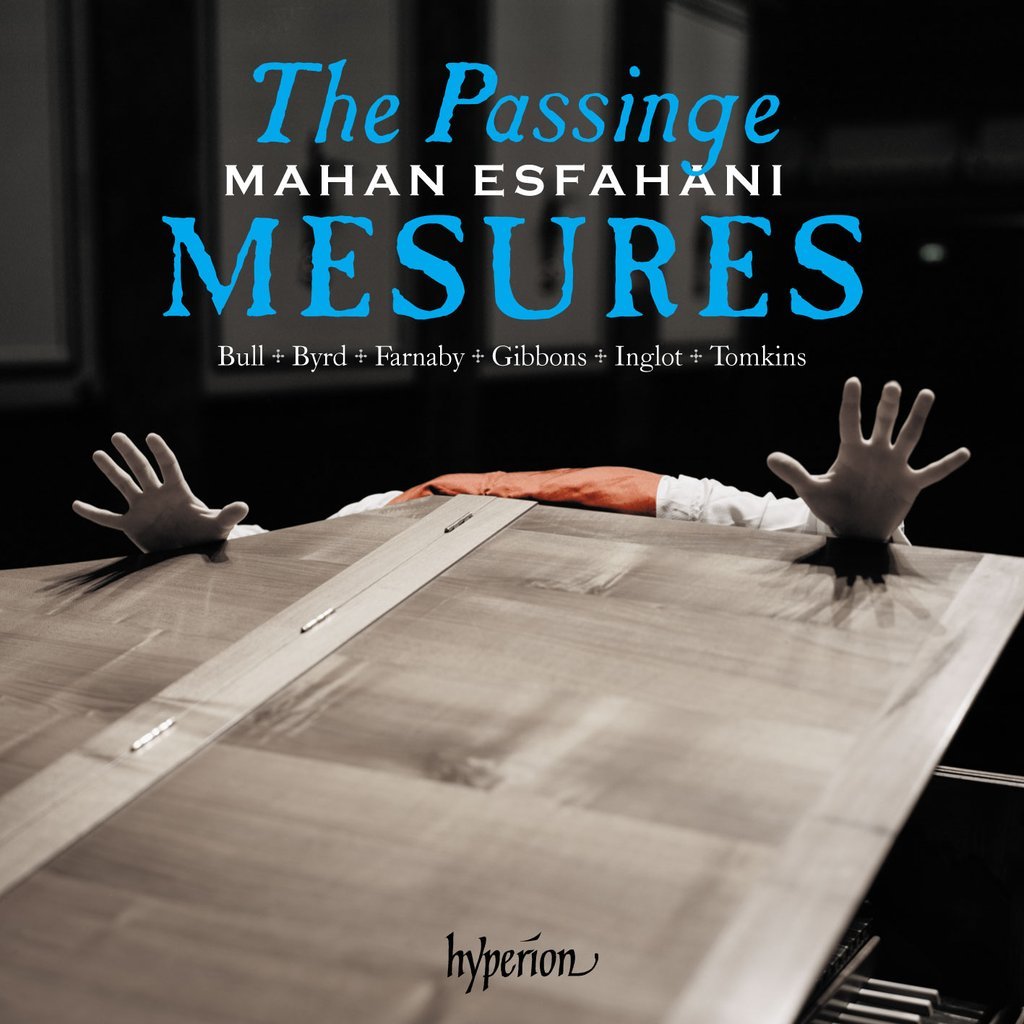 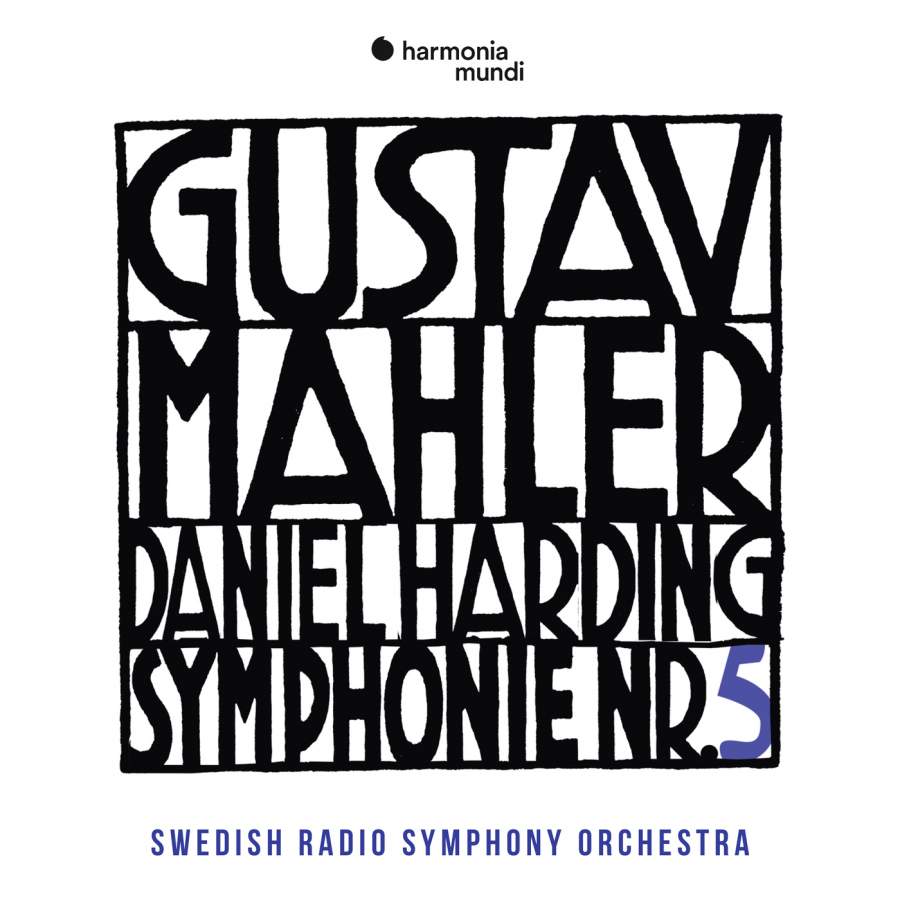 Daniel’s Mahler comes up bright as a new penny. 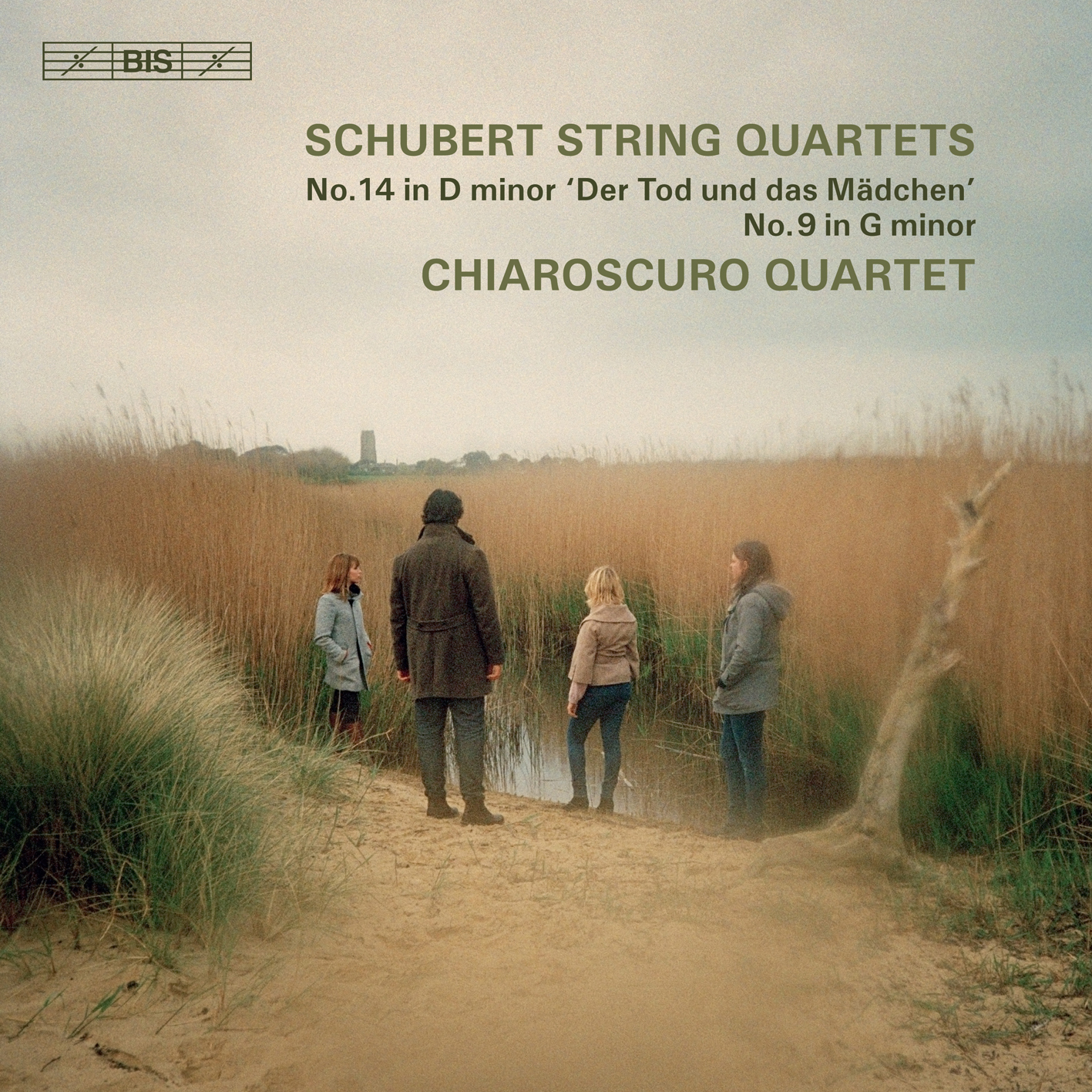 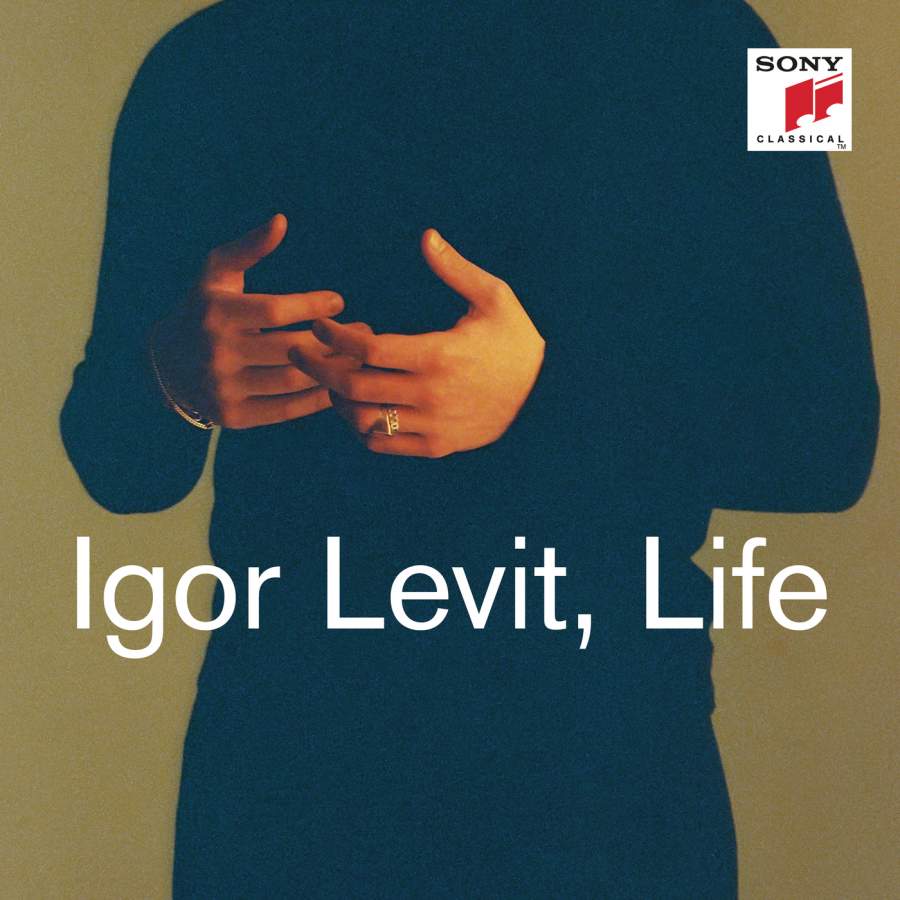 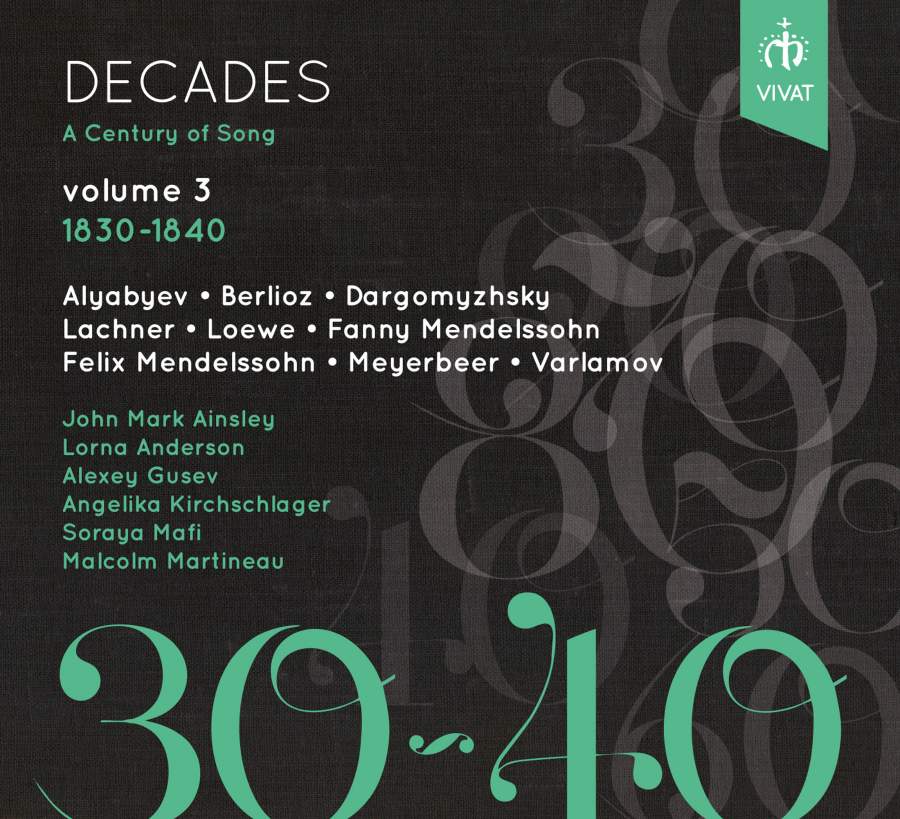 Malcolm Martineau fleshes out the decade that time forgot. 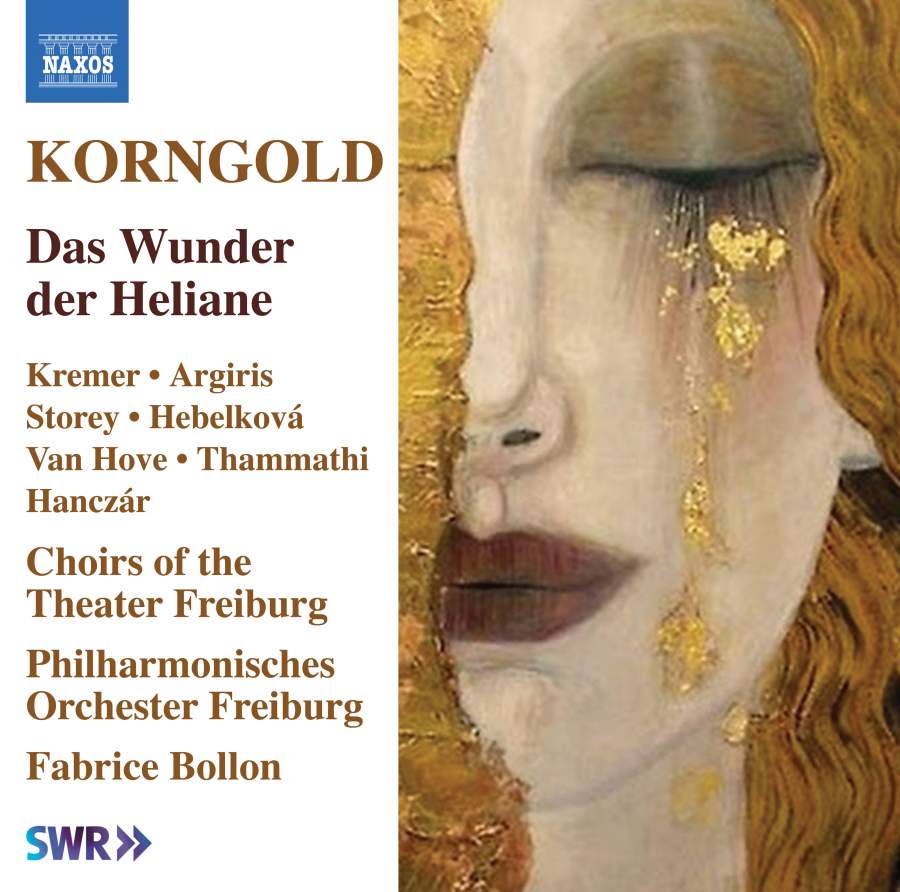 What I’m Listening To Swiss conductor Thierry Fischer
Five Questions for AWO violist Tahlia Petrosian
Guest Column Charles Hazlewood on the British Paraorchestra
Guy Noble’s Soapbox Classical and jazz musicians; different circuitry
Opera Column Luke Styles on his new Ned Kelly for Lost & Found
Did you hear about… The death phobia of Chopin and Meyerbeer
Backstage with Bassist Jeffrey Beecher of Silkroad Ensemble
World Premiere Natalie Williams’ piece for cellist Natalie Clein
Greta Bradman Hands together for the role of applause
Interview Soprano Joyce El-Khoury
Re-discovering Bach Roland Peelman on the 2019 Canberra International Music Festival, and some of its highlights
Composer of the Month A closer look reveals a more genial side to the ‘monstrous’ Richard Wagner
Musical Journey On board the BRAVO Cruise of the Performing Arts: Sydney to Noumea, Mystery Island and Lifou Island
Panorama This month’s round-up of everything worth experiencing in dance, theatre, visual art and books
What’s On in January/February
Broadcast Guide The best of classical music and arts across ABC and independent stations this month
Digital & Cinema The best of classical music and arts in Australian cinemas, and what’s available online this month
Classical Caption & Quiz
My Music ABC radio presenter Ed Ayres