The September 2018 issue of  Limelight Magazine hits the newsstands today, available at retailersacross Australia including Fish Fine Music and  ABC Shop Online, and through our online store.

Subscribers can read an online version of the magazine by logging in here.

It’s iconic now, but its construction took its toll on all involved. As the Sydney Opera House turns 45 in the centenary of its architect’s birth, we reveal some of the “restrained” celebrations planned during the current major upgrade, alongside an extract from a new book about the people behind the white sails. 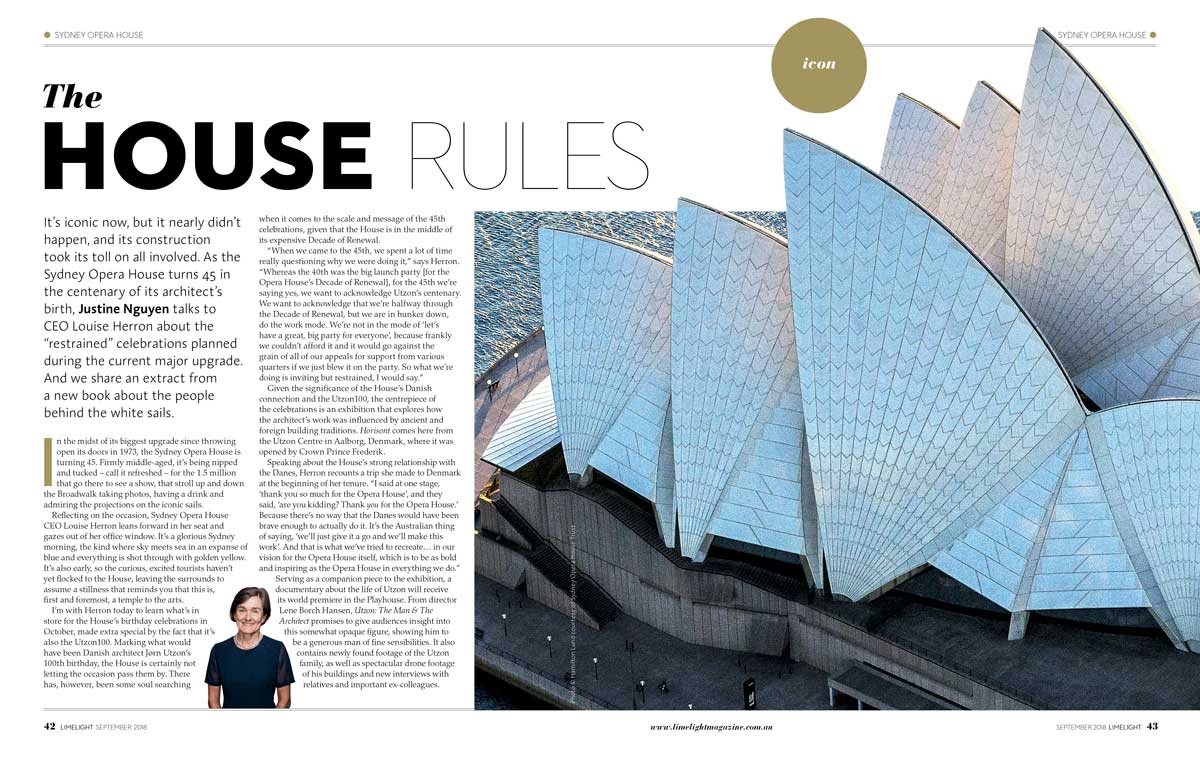 Inspired by the land around...

Feras Shaheen, a Western Sydney street dancer and choreographer, has won the inaugural TEC award for emerging choreographers, an initiative from The Australian Ballet and its Principal Partner Telstra.

The Australian Ballet and Telstra have announced the finalists in the new award introduced to nurture aspiring choreographers.