In our cover feature for the May issue of Limelight, conductor Sir Simon Rattle and bass-baritone Gerald Finley talk to Clive Paget about why Janáček’s animal tale The Cunning Little Vixen – which they have recorded with the London Symphony Orchestra – is one of the most profound and personal operas ever written. 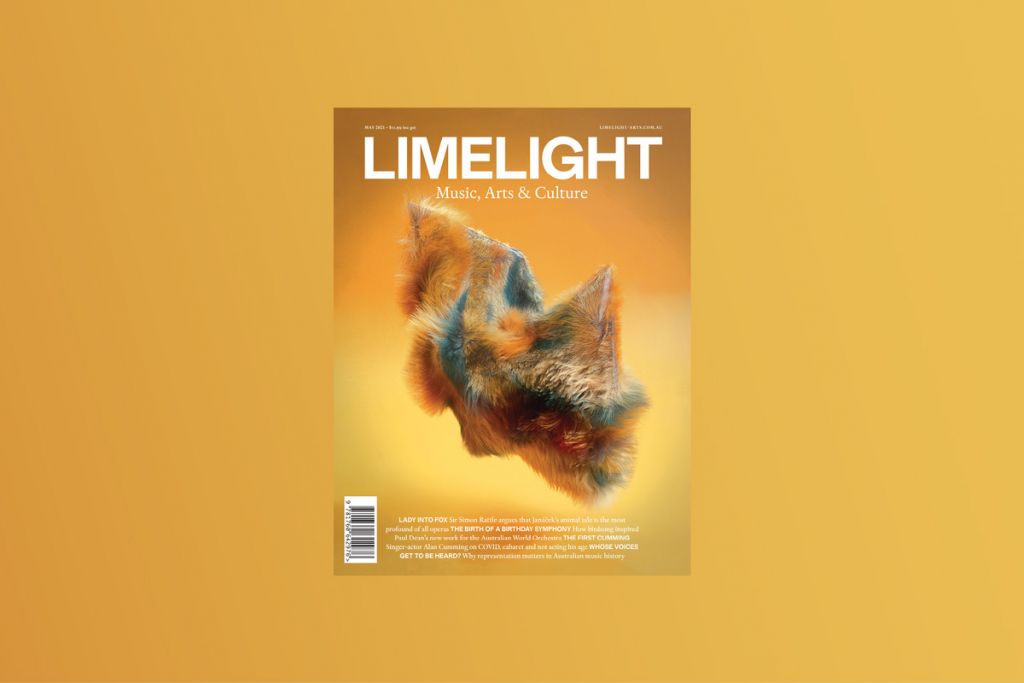 On a more serious note, Amanda Harris uses the examples of John Antill’s orchestral ballet Corroboree – neither the first work, nor the last, in which a non-Indigenous composer sought to represent Australian distinctiveness by evoking Aboriginal culture – and the Australian Aborigines’ League’s production Aboriginal Moomba – Out of the Dark from the 1951 Jubilee, to discuss the issues around representation and cultural appropriation in Australian music history.

Also in this issue, Limelight’s Editor Jo Litson talks to Australian playwright Joanna Murray-Smith about her new play Berlin, Clive Paget rounds up the latest recordings – and reveals our Recording of the Month, innovative flautist and composer Keyna Wilkins explains why improvisation should be a democracy in Cutting Edge, Antony Pitts celebrates the 50th anniversary of Gavin Bryars’ Jesus’ Blood Never Failed Me Yet with The Song Company, while film critic Lynden Barber reviews Supernova and Justine Nguyen takes a look at a new book about the role of children in opera.

The May 2021 issue of Limelight is available online from 19 April and in stores from 4 May.

Subscribe to Limelight between 19 April and 17 May and you could win an A-Reserve double pass to see the Australian World Orchestra in Sydney, Canberra or Melbourne. You will also receive a three-CD pack of AWO recordings.