In the midst of lockdowns over the last two years, as artists sought ways to adapt to health restrictions, Australian conductor Vladimir Fanshil and soprano Eleanor Lyons founded Live At Yours, presenting some of Australia’s best musicians in intimate, COVID-safe settings. Now with 85 concerts under their belt, Live At Yours has announced a new season of concerts for 2022, spreading across three venues around Sydney. 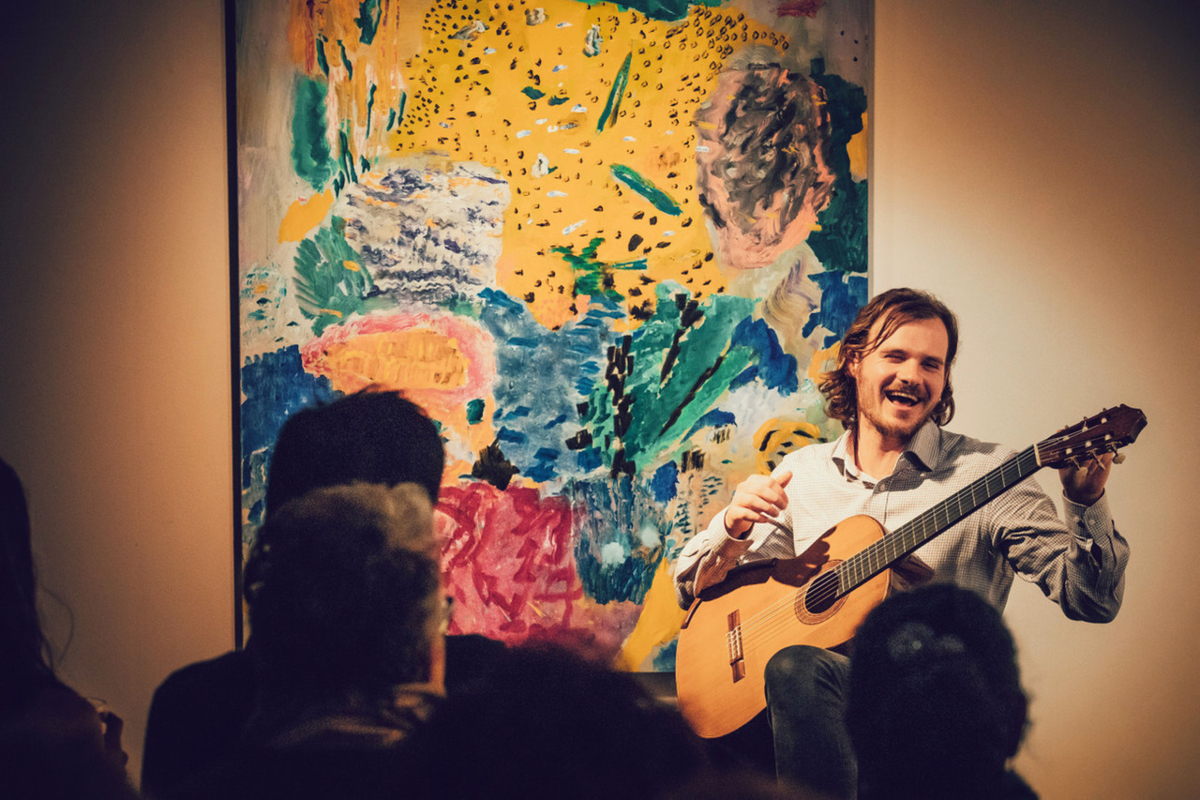 Andrew Blanch performing in Live at Ken Done for Live at Yours. Photo © Live Photography

“We find ourselves in the new normal where life seems to have slowed; where music has again become the fireplace around which we gather; where low light, Chopin and body heat combine to form ephemeral moments in intimate spaces,” said co-founder Vladimir Fanshil. “There will also be a special focus in the season 2022 program to invite a younger audience to enjoy world-class performances and learn more about classical music.”

The first of the three concert series, Concert and Cake Sundays, commences in January at the Independent Theatre in North Sydney with D’Amore sospiro, a program of arias and duets from Eleanor Lyons and tenor Andrew Goodwin. In March, the Kristian Winther Quartet will perform a recital of Tchaikovsky and Fanny Mendelssohn, older sister to Felix. In April, cellist Richard Narroway and pianist Vatche Jambazian will present The Psychedelic Cello, featuring music by Bach, Debussy, Shostakovich and Australian composer Tilman Robinson.

In winter, cellist Teije Hylkema and Black Tulip Trio will present their crossover project Bach to Boiling, which fuses jazz and a Bach cello suite. This will be followed by the flamenco concert from ARIA-nominated ensemble Bandaluzia, and a family event with violinist Andrew Haveron and pianist Simon Tedeschi – Ferdinand the Bull in Concert. The Independent Theatre series also features two piano recitals, from Daniel de Borah in a program featuring music by Bach and Schubert, and Ukrainian pianist Alexey Botvinov in a romantic program called From Odessa With Love, in September.

“I was inspired by Sunday concerts at the theatre in St Petersburg, Russia, where families brought their children in their ‘Sunday best’ to experience live music. My hope is to see Australian families bringing their children to enjoy music together at our Concert and Cake Series!” said Fanshil. 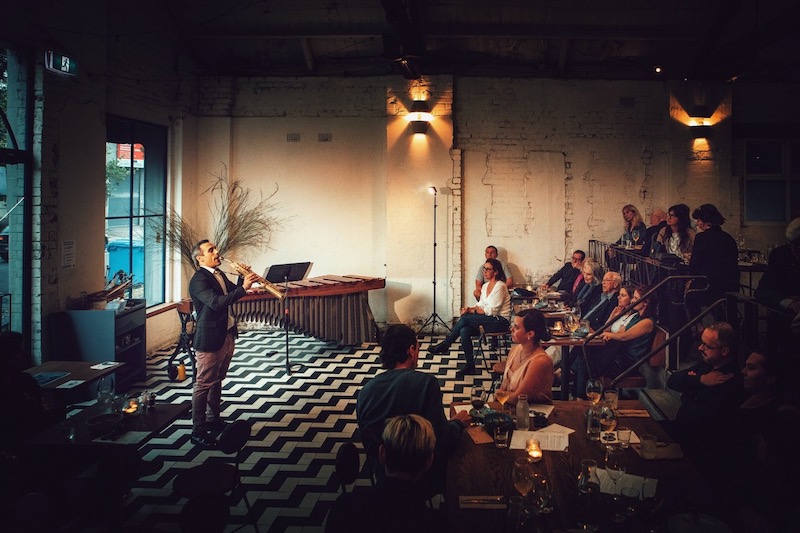 Throughout the year, The Great Synagogue in Sydney’s CBD will host a series of concerts – Live at the Great, starting with a program of Rachmaninov and Bruch performed by Limelight Artist of the Year 2021 nominees Umberto Clerici and Konstantin Shamray, joined by the synagogue choir. In May, Teije Hylkema and Black Tulip Trio will also bring their Bach/jazz fusion to the Synagogue. Pianist Simon Tedeschi will join George Washingmachine in July for a program of beloved Gershwin classics. The final concert of the Synagogue Series features clarinettist Oliver Shermacher, violinist Anna Da Silva Chen and pianist Vatche Jambazian performing a recital of trios based on folktales and legends.

The third concert series of 2022, Salon at Mecca, will take place at Mecca in Alexandria. The popular café-roasters will host a series of performances mirroring the concert series at the Independent Theatre throughout the year, bringing the musicians to audiences who prefer a more casual setting, with a glass of wine and a mezze plate. These intimate, salon-style concerts will have a modest audience of only 50 people.

Live at Yours will additionally embark on six regional tours of NSW, bringing their diverse season to venues throughout the state.

“We had become desensitised by an overload of constant noise, and barely noticed the colour change of a modulation or the beauty of an unresolved suspension,” said Fanshil. “An expansion inward has defined the direction of the performing arts in 2021 and soft has replaced loud on stage.”

More information about the Live at Yours 2022 Season can be found here.