Luke Paulding has died. Considered to be one of the most promising and accomplished of Australia’s young, emerging composers, he passed away in October at the age of 33. 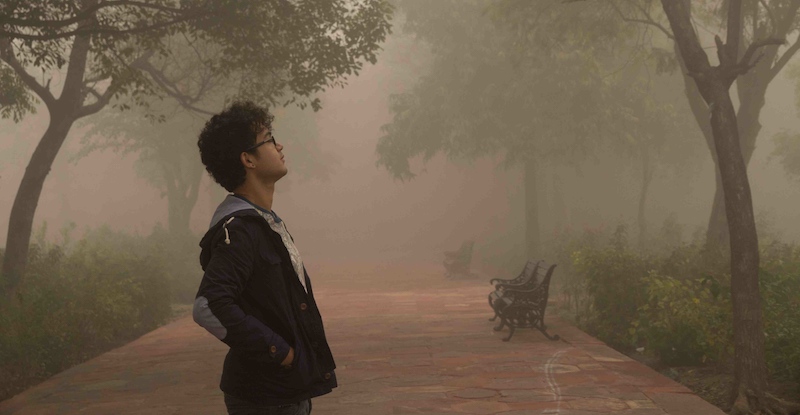 Born in Bahrain in 1987, Paulding arrived in Australia with his family at the age of five and was raised in Melbourne. He graduated from the Victorian College of the Arts in 2010, having won a number of awards including the Marion Isobel Thomas Estate Award. He went on to undertake a Masters (Research) at the University of Melbourne.

A trained pianist and tuba player, Paulding was a founding member of Quiver, a new music collective formed in 2009 to pursue the exploration of sound through performance, improvisation and installation. Quiver commissioned works by Paulding along with composers including Warren Burt, David Young, Chris Dench, David Chesworth and James Rushford. Quiver was awarded the Alan C Memorial Fund and the Atheneum Award for excellence in chamber music through the Victorian College of the Arts.

Paulding’s music has been performed and recorded in the UK, Ireland, France, the Middle East, Singapore and across much of Australia, by leading musicians and ensembles including the Melbourne and Tasmanian Symphony Orchestras, ELISION Ensemble and Speak Percussion, among others.

He received commissions from the Melbourne Symphony Orchestra, ELISION Ensemble, Speak, Chamber Made Opera, the Australian National Academy of Music (ANAM), the Victorian College of the Arts and the Musical Society of Victoria, while his music has featured at the Edinburgh Festival, Melbourne International Arts Festival, Melbourne Fringe, the Metropolis Festival, Totally Huge New Music Festival and Castlemaine Festival.

His music can be heard on his soundcloud website.

ELISION took his 2012 work where dust is in their mouths and clay is their food, written for flugelhorn, trombone and percussion, to Singapore, the UK and Ireland. Taking its title from The Epic of Gilgamesh, the nine-and-a-half-minute work used dry bamboo twigs, leaves, metal trays and grains of rice.

“Within the world of Australian art music Luke Paulding had all the necessary potential to emerge as a voice of significance,” says Daryl Buckley, Artistic Director of the ELISION Ensemble.

“I first encountered Luke as he began the journey of developing traction for his composition internationally. And, during early 2013, ELISION worked with him across concerts and residencies held in Singapore and the United Kingdom. International tours are intense. Everything gets put under a microscope – who you are and how you are within rehearsal and during performance,  confronting the challenges of travel and new situations and places, and what you then give of yourself to shared social spaces, celebration and the simple joy of being together.”

“My memory of Luke is one of an intensely private person bringing a strong level of integrity and purpose to his work. Underneath his beautiful manner and politeness lay a very strong and exacting awareness of what he wanted to hear within his music. I know of an expression in traditional Chinese Martial arts: ‘soft as cotton, hard as iron’. Given Luke’s more recent passion and commitment to the art of Wing Chun it is perhaps not inappropriate to being this to mind because it is how he was – gentle, fragile, unswerving, articulate and intense. The times we share are precious.”

During 2021, Paulding had been working on a new collaborative work to be premiered at the Brisbane Music Festival, but he died before completing the composition.

“Luke was an inspiring colleague, a powerful creative force, and a special friend to many within the industry. His boundary-pushing work and passionate interrogation of the artform was a rare gift and I hope his legacy might inspire this in others.”

Luke Paulding’s memorial service is scheduled for 29 November at 1pm. His family invites his friends and colleagues to join them via livestream to farewell him. To join simply click this link and enter the password: Composer. This will allow you to watch live, watch later and download a copy, as well as order a USB of the service. You are also invited to sign a memorial card for his family, where you can leave messages of love, and add photos. The card can be accessed from the link above and needs to be signed by 28 November, 2021.

Playing Up: The Trombone

Playing with the ELISION Ensemble for the first time was a wild ride – which is just how Ben Marks likes it. Now, he is discovering startling new possibilities for the trombone as composers explore the sounds ‘in the cracks’.

Alexandra Flood and Alex Raineri will be flying the flag in Stuttgart this September.