In the second half of the 1980s, as the Soviet Union continued to wane, mere years from falling entirely, a new sense of identity formed throughout the Baltic states. Latvia, declaring independent statehood in 1991, experienced a new wave of expression as the country sought to reaffirm its own culture and establish itself anew.

Now, a new Melbourne-based ensemble has burst onto the scene, announcing its debut concert later this month. Formed by students and staff of the University of Melbourne, Melbourne Strings is the brainchild of Latvian violinist Sophia Kirsonova, who is currently undertaking a Ph.D at the University focusing on the music of post-Baltic Revolution Latvia. 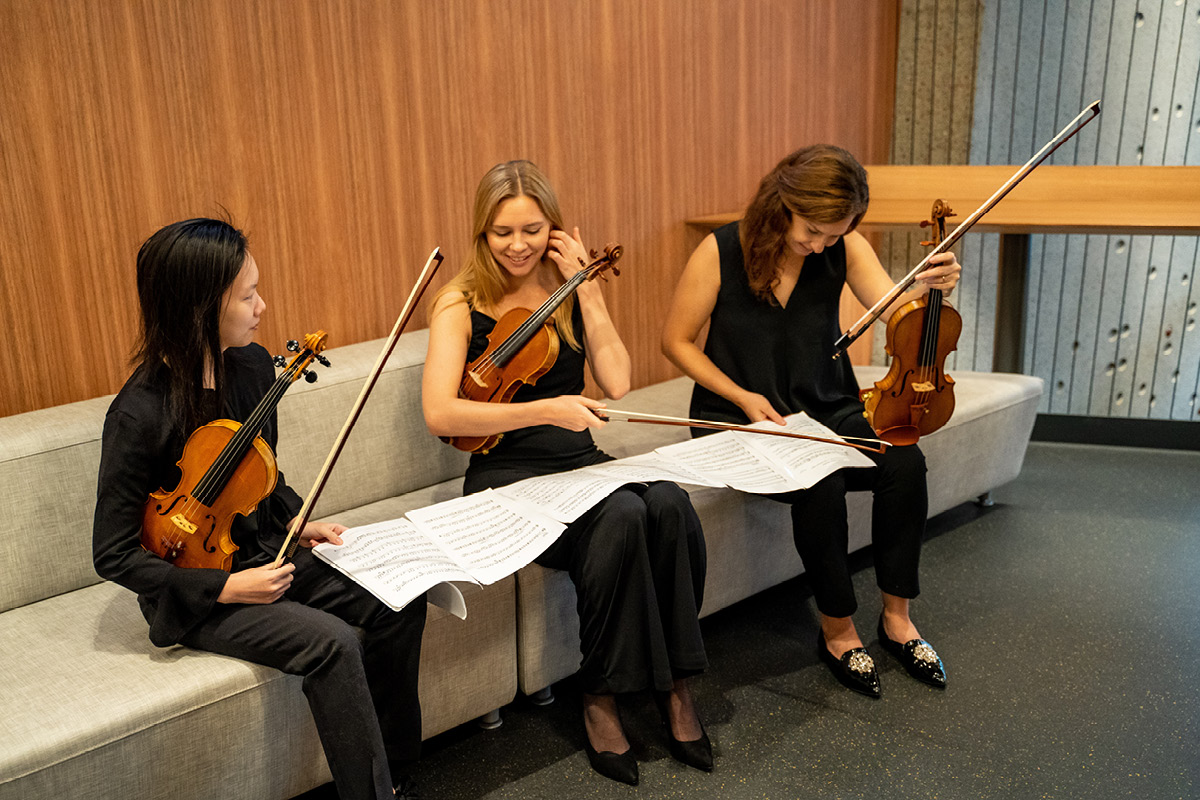 Fittingly, the all-female ensemble’s debut on 29 April, Distant Light , has a keen focus on this music, highlighting Latvian composers both past and contemporary. The program includes works by Pēteris Vasks, and the premiere of a new work by Australian-Latvian composer Sandra Aleksejeva-Birze, written specially for Melbourne Strings.

Limelight caught up with Sophia...

The composer, conductor and founder of Gondwana Choirs has been named as the 2021 recipient of the award presented by the University of Melbourne and the Melbourne Symphony Orchestra.

The musician, author and advocate has been recognised for his outstanding contribution to Australian Music.

The Ian Potter Southbank Centre is at the heart of the University of Melbourne’s $200 million Southbank campus redevelopment.

Ksenija Sidorova on the classical accordion

Ahead of her concerts in Australia, the Latvian accordionist charts her journey with the instrument, beginning in an attic in Russia.