In a city that endured 262 days of lockdown due to COVID-19 outbreaks, the Melbourne Symphony Orchestra was impacted harder in 2021 than all other Australian state orchestras, forced to cancel 77 of 142 planned mainstage performances. 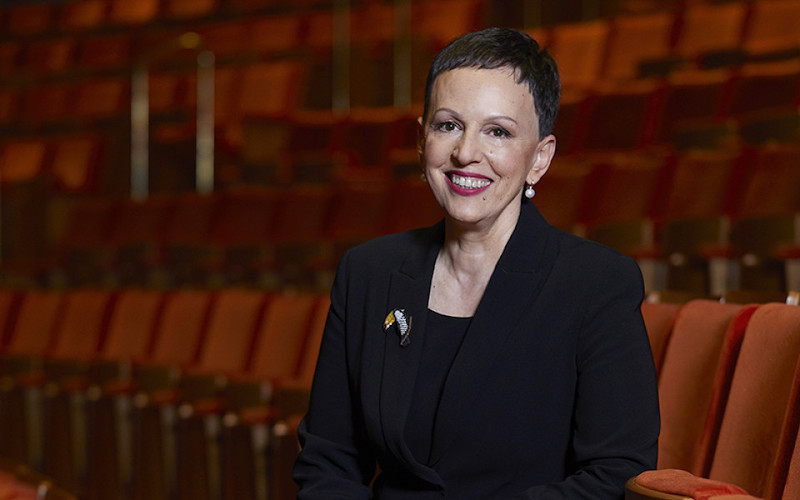 On paper, the MSO’s 2021 surplus of $2.488 million for the year ended December 31 looks healthier than the $1.536 million surplus for 2020 – but that result was largely due to special federal and state COVID support and philanthropy.

“We have been in the city that has had the longest lockdown in the world,” Galaise tells Limelight.

“I’ve had conversations with my colleagues in the other orchestras throughout the pandemic. If you compare us to Perth, they had nearly no concerts cancelled. In Queensland, they were open the whole time. We have been in the state most impacted, therefore [the MSO has] been the most impacted [state orchestra].”

In those brief times the MSO was allowed to stage concerts, audience capacity was extremely limited. Sometimes only 150 tickets could be permitted in Hamer Hall, which has a 2500-seat capacity. “You don’t make enough money,” says Galaise. “You have nearly the same number of people in the hall as you have on stage.”

Nevertheless, Galaise says it was “mightily important” to keep all staff employed throughout the pandemic, despite the pressure this placed the MSO under, with circa 400 staff including about 88 permanent musicians (some of whom recently retired) and more than 200 casuals.

“We decided to be true to our values,” she says. “Sorry to say, it was putting a lot of stress on our shoulders; it’s a more difficult endeavour when you decide to keep everyone safe, than when you just say, ‘I’ll balance my books’.”

In 2021, the MSO received $1 million in JobKeeper, $3 million in an Arts Sustainability Grant from the Federal Government and $2 million in special support from the Victorian Government’s COVID Relief Fund. Everyone took a pay cut to 80 percent for around six months, but this was returned to 100 percent in the middle of last year, says Galaise.

In recognition of ongoing challenges, MSO will receive an additional $4 million in federal COVID support. Surveys have shown a greater “reluctance” of symphony audiences to return than those who follow the other performing arts, says Galaise. “It might be because of age; it might be because of something else … the fact that masks are not mandatory in venues, they feel a bit less safe.” Younger audiences meanwhile are “coming back full speed”.

There are also ongoing capacity issues at the Arts Centre Victoria, due to staffing. “They had to rehire people and train them, and right now they’re still understaffed,” says Galaise. “Because of that, they advise us in advance they cannot open the balcony, because ‘we don’t have enough staff to man the balcony’. If you don’t put the balcony on sale, that means approximately a third of the whole is not on sale.” Selling a maximum two-thirds capacity is “not the model to ensure you balance your books”, she says.

Ongoing COVID-19 infections mean employees requiring isolation. “There’s a constant replacement of musicians and operational staff,” says Galaise. This week, for instance, 12 musicians are unable to perform a concert because of having COVID or because they are a close contact. “Having more casuals on standby … at some point you have to pay them, so it’s an additional cost on that side, constantly, and additional work for the team to reschedule and organise.”

Galaise is keen however to emphasise the “wonderful” elements of 2021 for the MSO, of “challenge as an opportunity”: the building of a digital platform in MSO.LIVE that is part subscription and partly free and is beginning to turn a small profit; the strengthening of the MSO’s collaborations with organisations around the world; the launch of an academy to train young musicians; and, perhaps most significantly, the appointment of the London-based Spanish conductor Jaime Martín as its new Chief Conductor.

Heads of department, senior staff and musicians have taken leadership courses in mental health as first aid, too. “It was really needed because it was a very difficult time,” says Galaise.

“For musicians, their purpose is to play music with their colleagues in front of an audience, and for two years it’s been ‘stay at home and stay in your corner and isolate’. Musicians are wonderful artists, and maybe more sensitive than others. It’s been a time to increase communication and try and work on ensuring people were looked after.”

The Melbourne Symphony Orchestra’s 2020 Annual Report can be found here.

The in-demand violinist will depart Melbourne Symphony Orchestra to take up her new role.