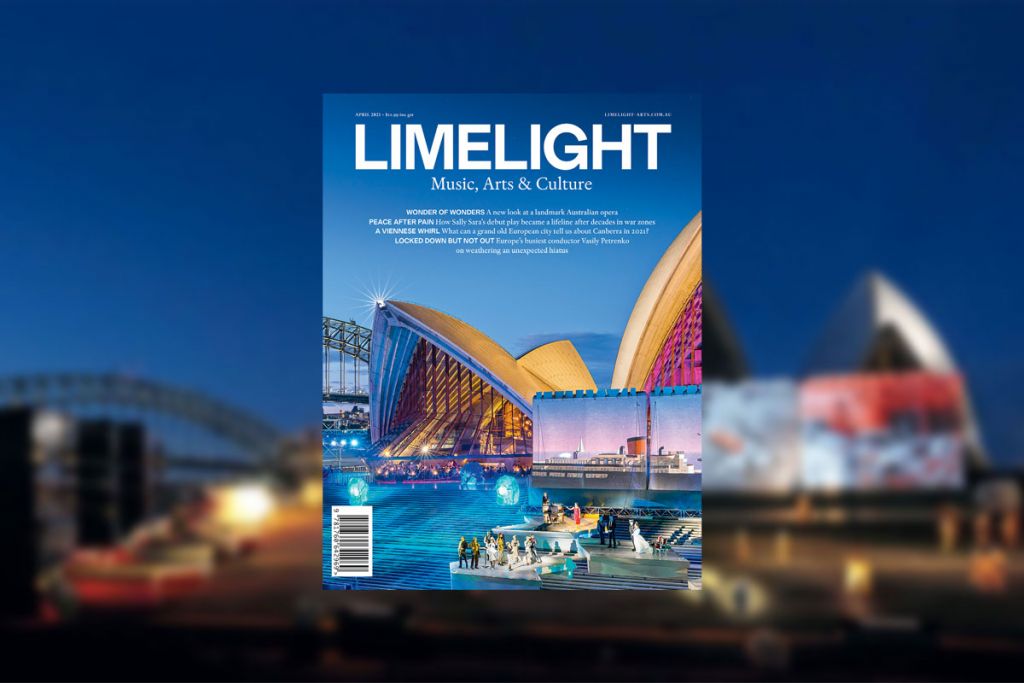 There’s plenty to sink your teeth into in the April 2021 issue of Limelight, which is available online now, including four major features and much more. 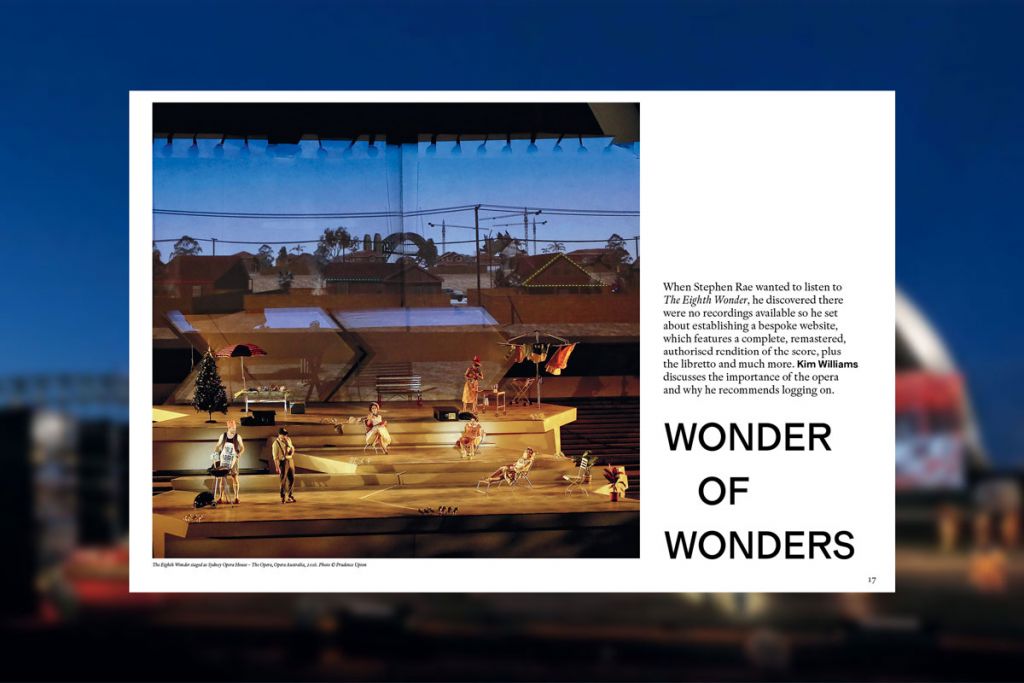 Our cover feature in April, Wonder of Wonders, looks at one of the great Australian operas, Alan John’s The Eighth Wonder, which retells the story of the Sydney Opera House’s construction. When composer Stephen Rae wanted to listen to the opera, he discovered there were no recordings available to he set about establishing a bespoke website featuring a complete, remastered, authorised rendition of the score. Kim Williams discusses the importance of the opera and why he recommends logging on to the website. 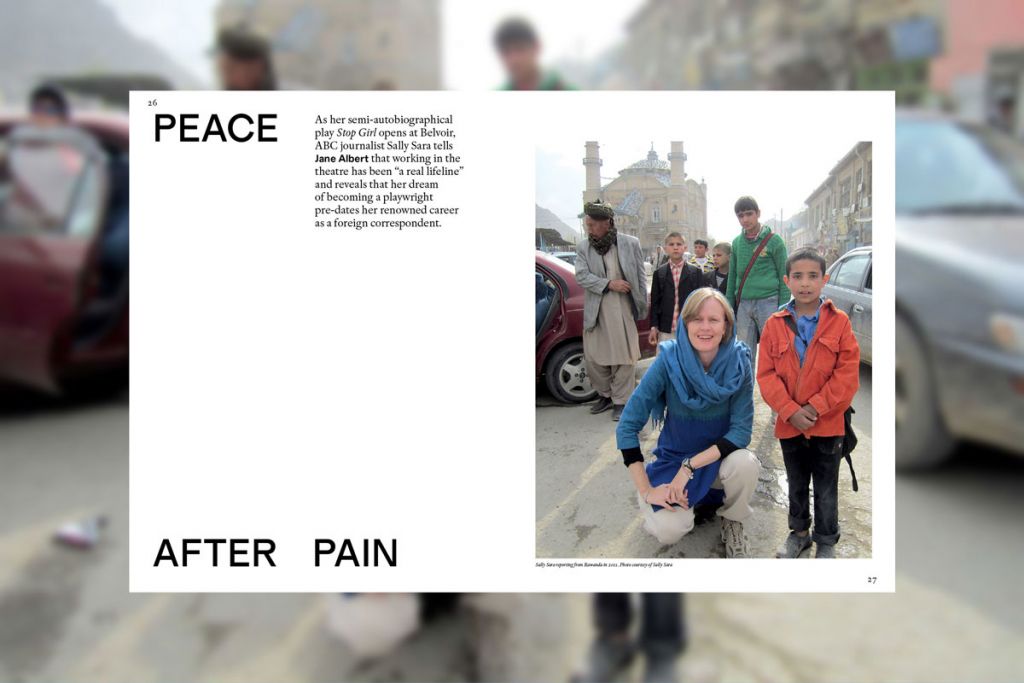 In Peace After Pain, ABC journalist Sally Sara tells Jane Albert that working in the theatre on her debut play for Belvoir has been “a real lifeline” and reveals that her dream of becoming a playwright pre-dates her renowned career as a foreign correspondent. 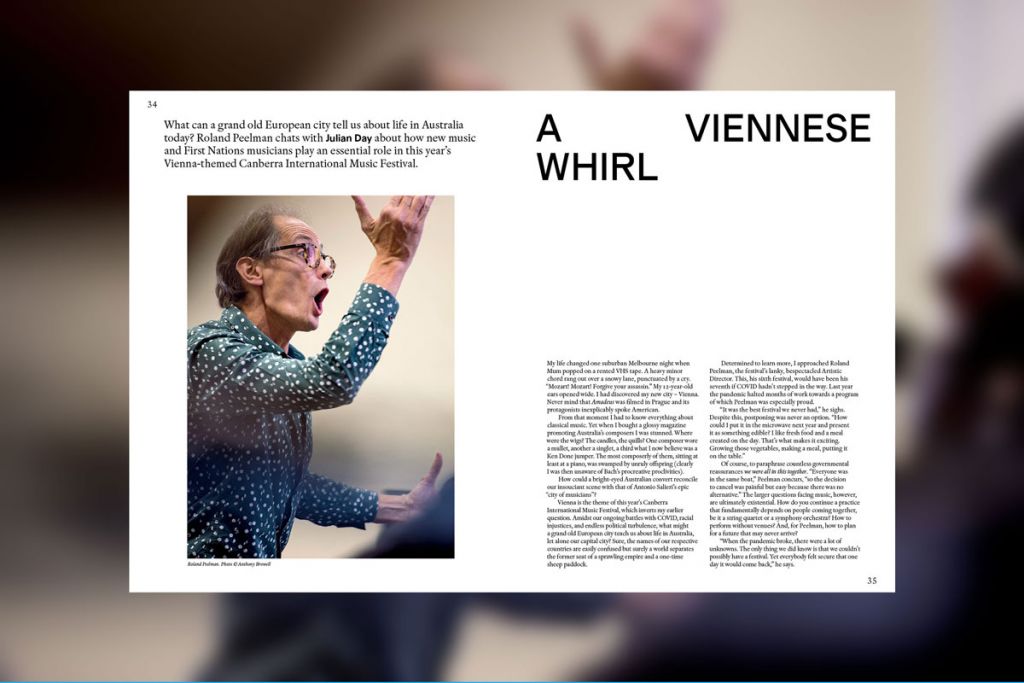 Julian Day asks “what can a grand old European city tell is about life in Australia today?” in his feature A Viennese Whirl. He chats to Artistic Director Roland Peelman about how new music and First Nations musicians play an essential role in this year’s Vienna-themed Canberra International Music Festival. 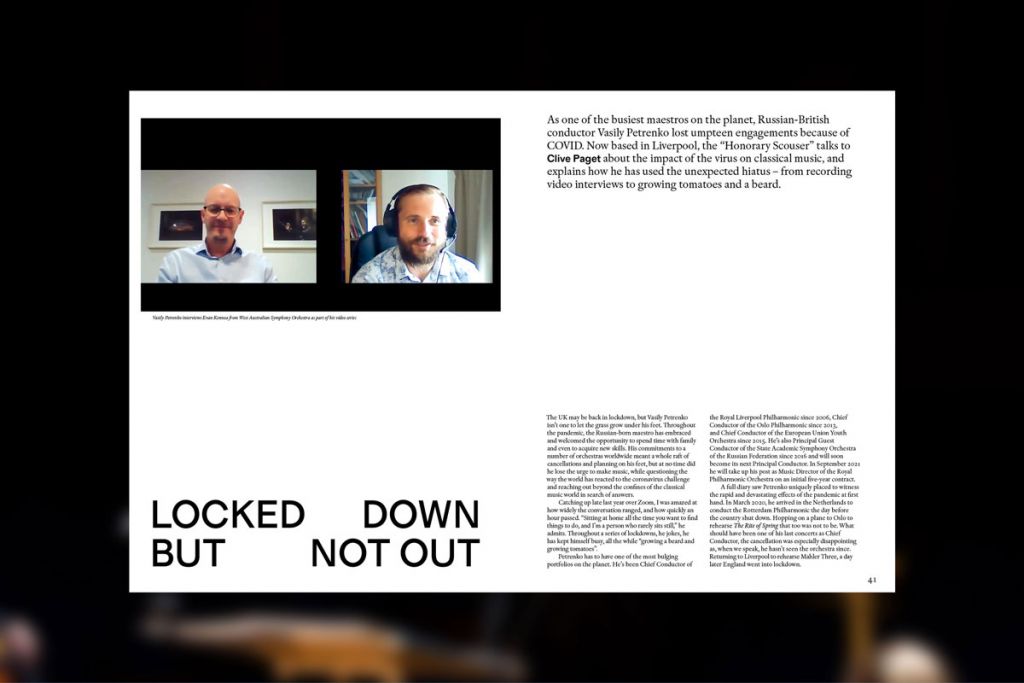 Finally, as one of the busiest maestros on the planet, Russian-British conductor Vasily Petrenko lost umpteen engagements because of the COVID-19 pandemic. Now based in Liverpool, the “Honorary Scouser” talks to Clive Paget in Locked Down But Not Out about the impact of the virus on classical music, and explains how he has used the unexpected hiatus – from recording video interviews to growing tomatoes and a beard.

To cap it all off, in his monthly Soapbox Guy Noble wonders if submarines should have resident arts companies, Chad Vindin takes a swing at why ‘elitism’ is celebrated in sport but not the arts, Jack Schiller tells us all about his bassoon, while soprano Helena Dix answers five questions ahead of National Opera’s La Clemenza di Tito and Ballet Mistress and Pincipal Répéiteur of Queensland Ballet Mary Li ponders the role of music in her life.

The April 2021 issue of Limelight is available here and in select book stores from 30 March.

Purchase a Limelight subscription between 22 Feb-30 Apr and you could win a holiday package for two to attend the Australian Festival Chamber of Music.

The April 2022 issue of Limelight is now available