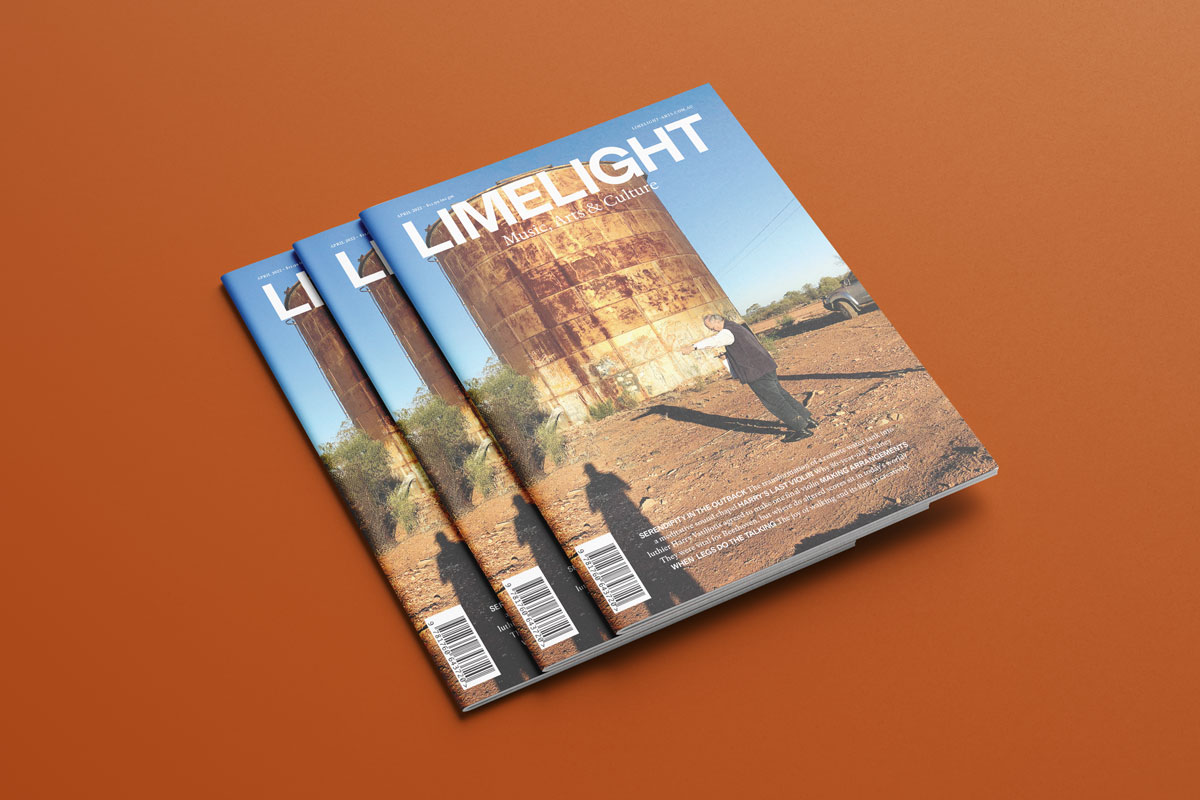 Violinist and composer Georges Lentz describes himself as “a mad artist”, who didn’t know what he was getting into when he decided to transform an abandoned water tank in a NSW mining town in Cobar into a sound chapel, with the help of architect Glenn Murcutt and experimental string quartet The Noise. Jeremy Eccles talks to Lentz and Oliver Miller, The Noise’s cellist, in this month’s cover story Serendipity in the Outback as the musical marvel opens officially on 2 April. 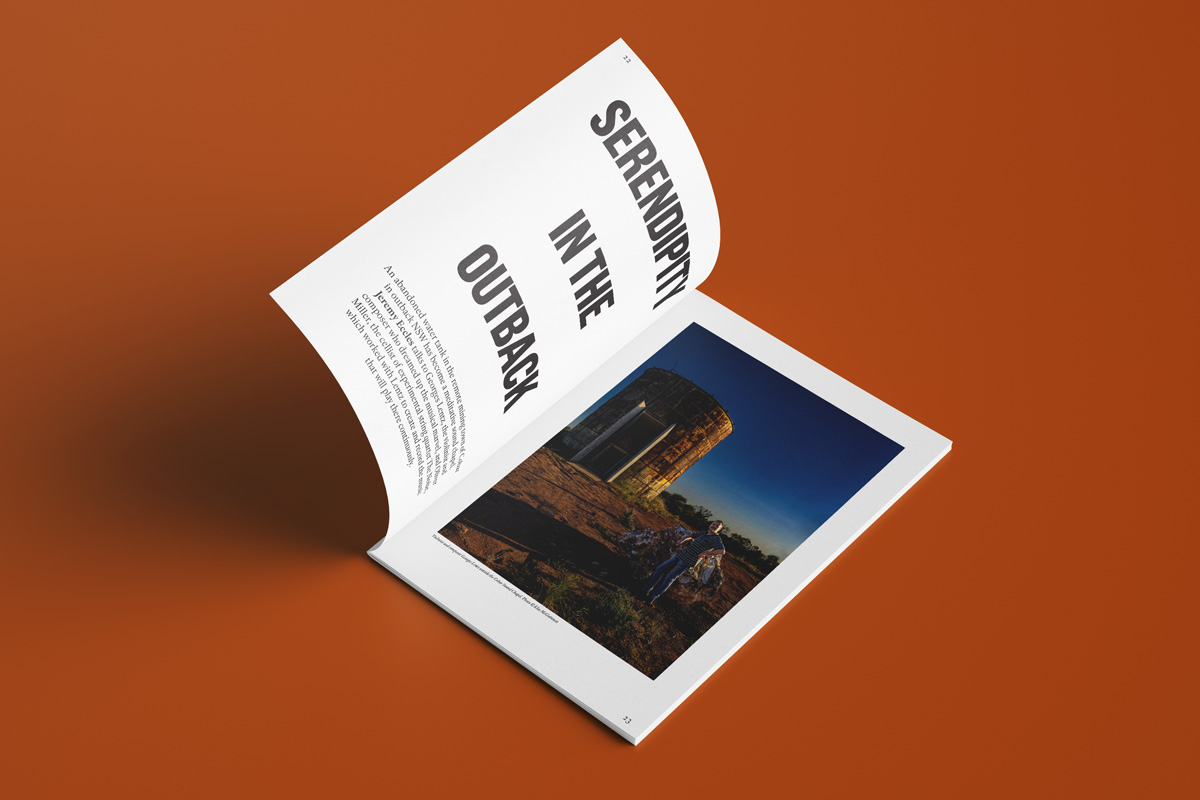 Sydney luthier Charalambos Vatiliotis, or Harry as he is known, is now 86. When he decided to retire, Romano Crivici – who has known Harry and played his instruments for 50 years – asked him to make one final violin for a documentary. In our second feature, Harry’s Last Violin, Harriet Cunningham talks to Harry, his wife Maria, Crivici and his partner, filmmaker Carla Thackrah, about Harry’s career, his long-standing friendship with Crivici, and the documentary The Last Violin. 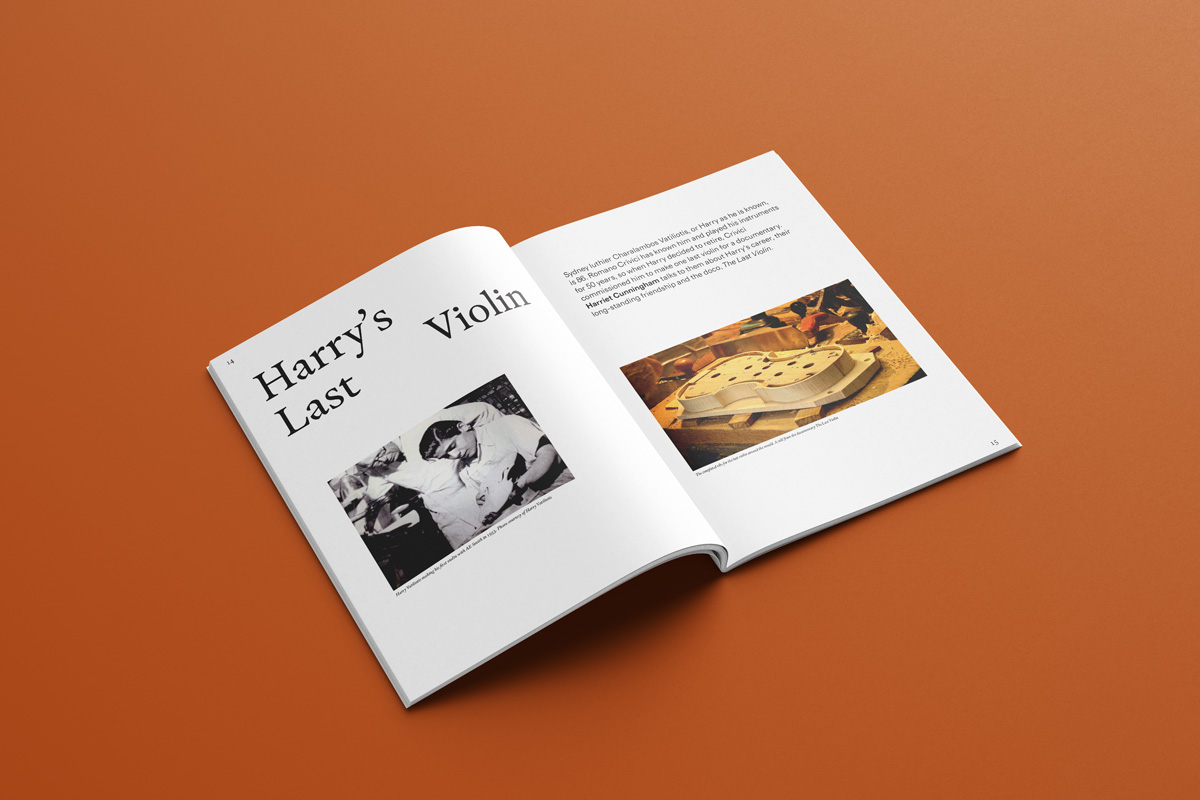 Arrangements were vital for Beethoven, but where do altered scores sit in today’s world? In our third feature Making Arrangements, Limelight Deputy Editor Hugh Robertson explores the history of adapting musical works for alternative forces and discusses how the practice has become equally important today. 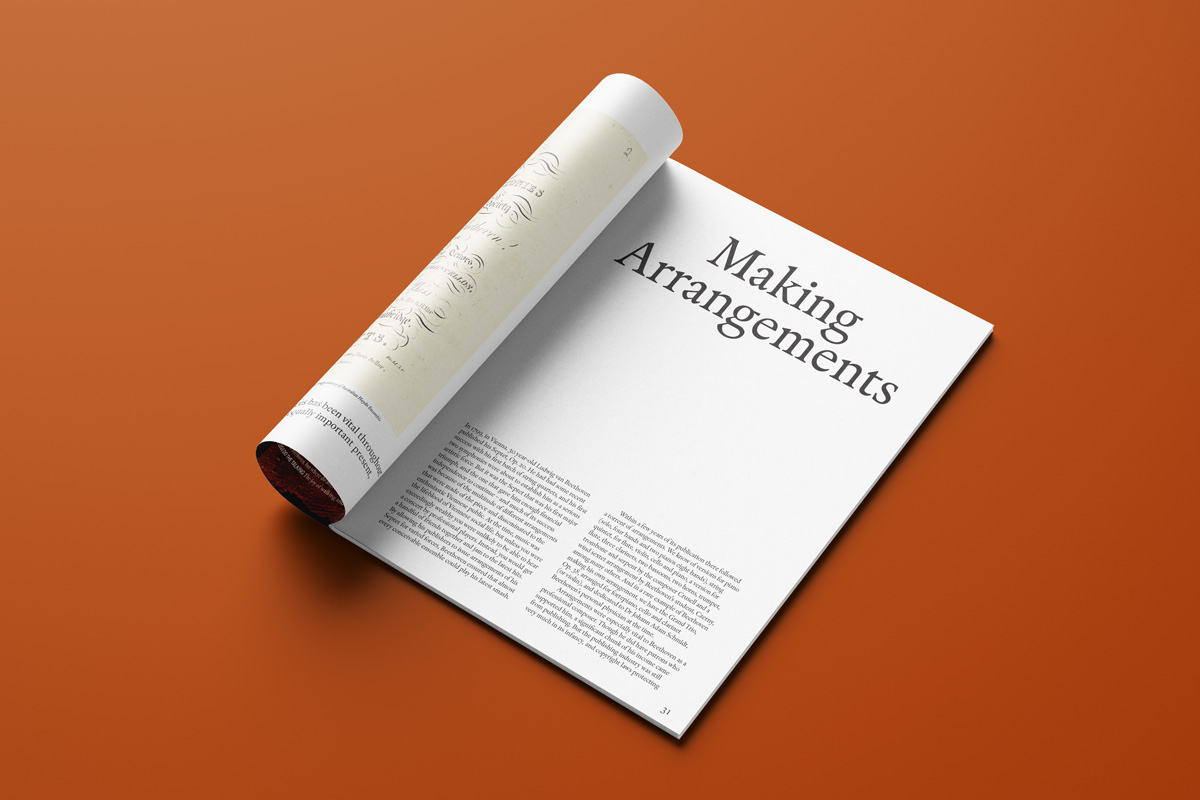 JS Bach walked almost 400 kilometres to meet Buxtehude and hear him play. For Mahler walking was life-saving, and echoes from the Austrian countryside found their way into his symphonies. In our final feature this month, When Legs do the Talking, conductor, musician and Artistic Director of the Canberra International Music Festival, Roland Peelman – who is quite a walker himself – explores the history and joy of walking and its link to creativity. We also look at how walking has made its way into Peelman’s program for this year’s Canberra International Music Festival, opening on 29 April. 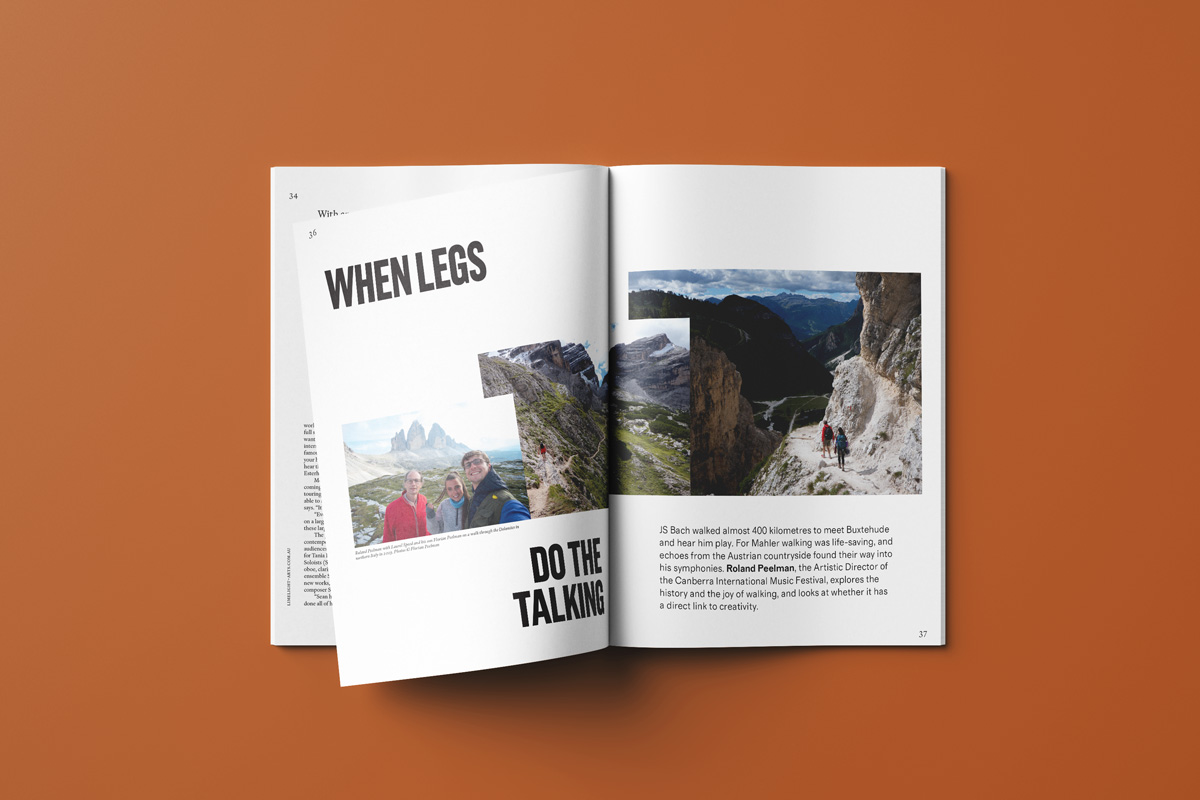 Limelight Editor Jo Litson interviews Leah Purcell about her film The Drover’s Wife the Legend of Molly Johnson, based on Henry’s Lawson’s short story, which Purcell has written, directed and stars in. Hugh Robertson interviews Christopher Gordon and discovers how the Sydney-based composer, who wrote the film scores Ladies in Black, Mao’s Last Dancer and Master and Commander, ended up releasing an album of his own chamber music compositions, spanning 36 years. Robertson also talks to Elizabeth Anderson, Manager of the Australian Chamber Choir, about her discovery of a cantata by a girl called Agatha, who grew up in the orphanage where Vivaldi taught, which the ACC will perform in April and May.

As usual there is plenty more besides. In this month’s Playing Up column, Craig Hill discusses the basset clarinet, which he will play when the Australian Brandenburg Orchestra performs Mozart’s Concerto for basset clarinet in April and May; Peter Evans, Artistic Director of Bell Shakespeare, discusses his musical tastes in our My Music column; Lindy Hume answers 5 Questions about this year’s Four Winds Festival, of which she is Creative Director; and in our Sacred Cow column, Shamistha de Soysa calls for an end to the clichés and hyperbole in concert advertising, saying that language matters.

On top of that, in this month’s Soapbox, Guy Noble suggests that rather than sanctioning Russian music, in light of the horrendous invasion of Ukraine, we focus on Ukrainian music and learn more about it. As well as guiding us through this month’s top recordings in his On the Record column, Limelight Editor at Large Clive Paget reviews Ian Maxwell’s book Ernest John Moeran: His Life and Music, while Lynden Barber reviews River, the new film from Jennifer Peedom and the Australian Chamber Orchestra. Enjoy!

A subscription is required to read the April 2022 issue of Limelight. Subscribe by 30 April for the chance to win an exclusive holiday package for two thanks to the Australian Festival of Chamber Music. Subscribe to Limelight from $3.00 per month.