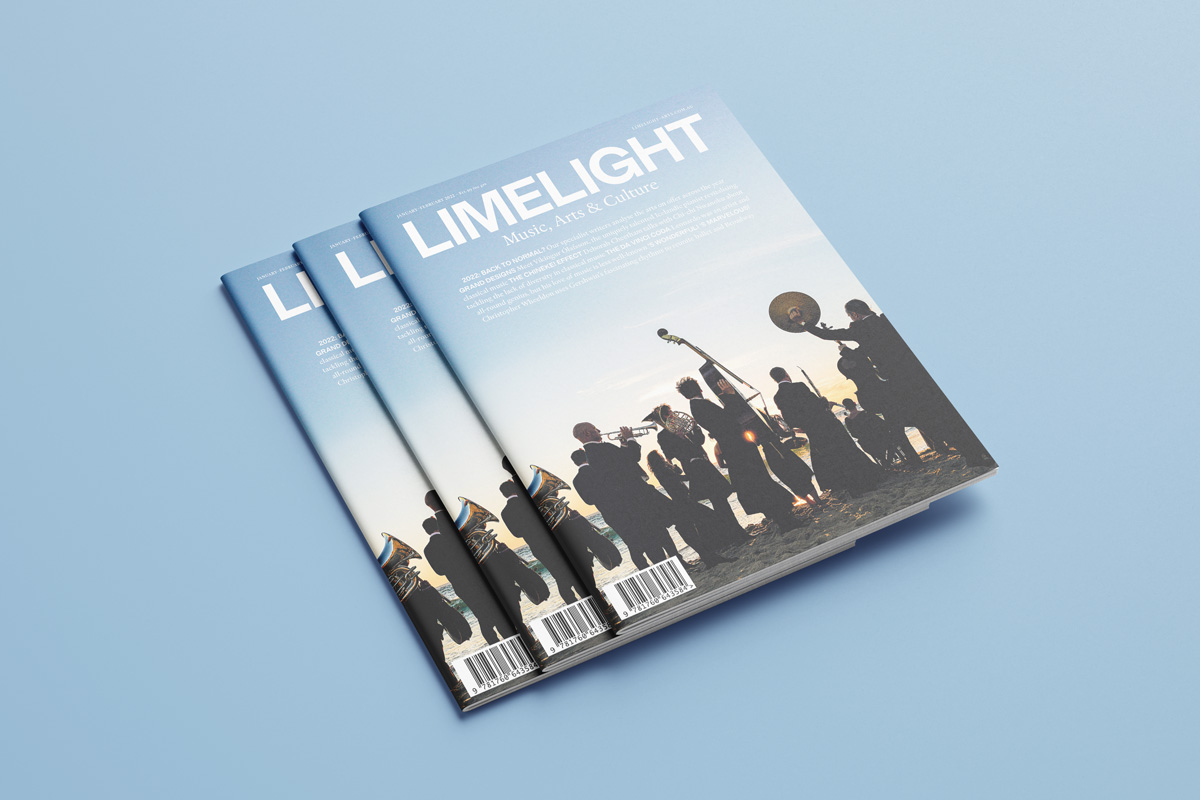 The cover of Limelight’s January-February 2022 magazine

We begin the new year with our bumper holiday issue. And what better place to start than a look at the arts on offer in 2022? Some arts organisations remain cautious but most appear optimistic, announcing full seasons, clearly hoping against hope that the lockdowns are behind us, given our strong vaccination uptake. We asked a team of specialist writers – Ian Whitney, Paul Ballam-Cross, Deborah Jones, Steve Dow and Jansson J. Antmann – to assess the arts programming across the country and across the year, in our cover feature 2022: Back to Normal? 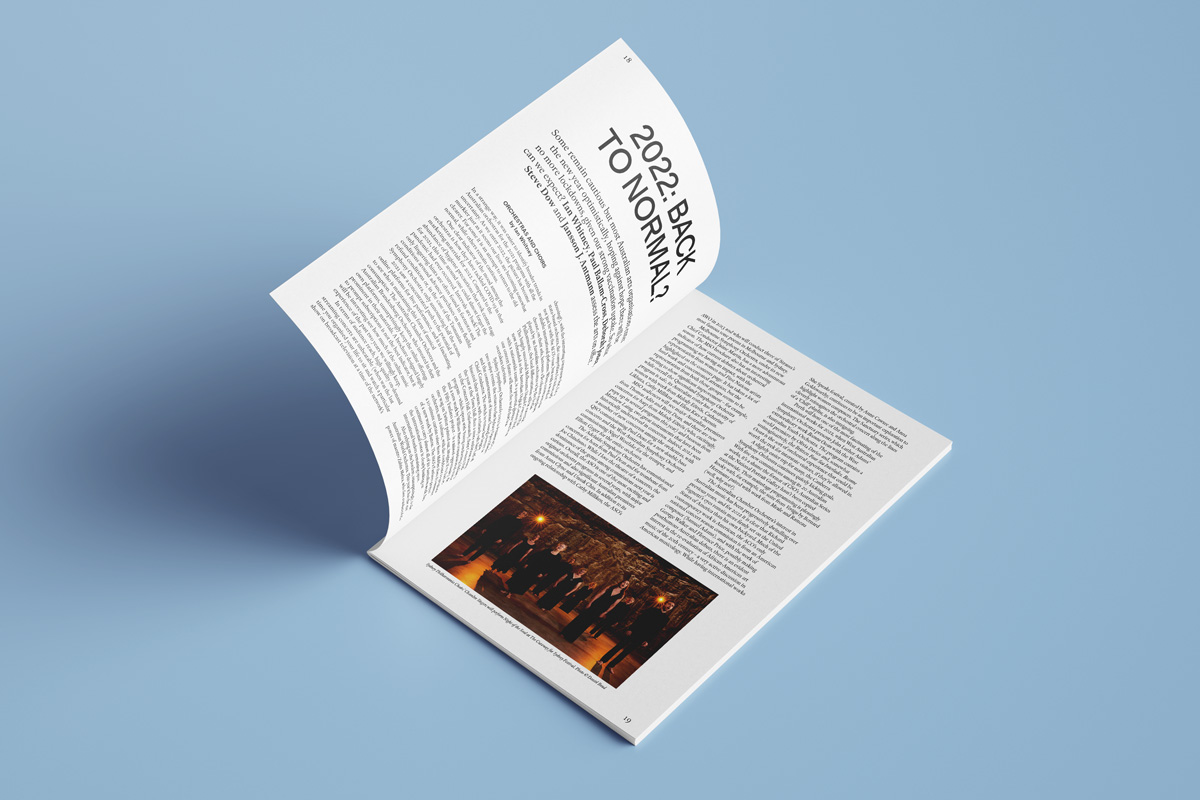 Víkingur Ólafsson has been described as revitalising classical music. His work certainly feels revelatory as he redefines the piano recital and tops the charts. Clive Paget conducts an enthralling interview with the uniquely talented Icelandic pianist in his feature Grand Designs – though he admits his heart was in his mouth for some of it, as Ólafsson chatted to him via video while driving a hands-free car. 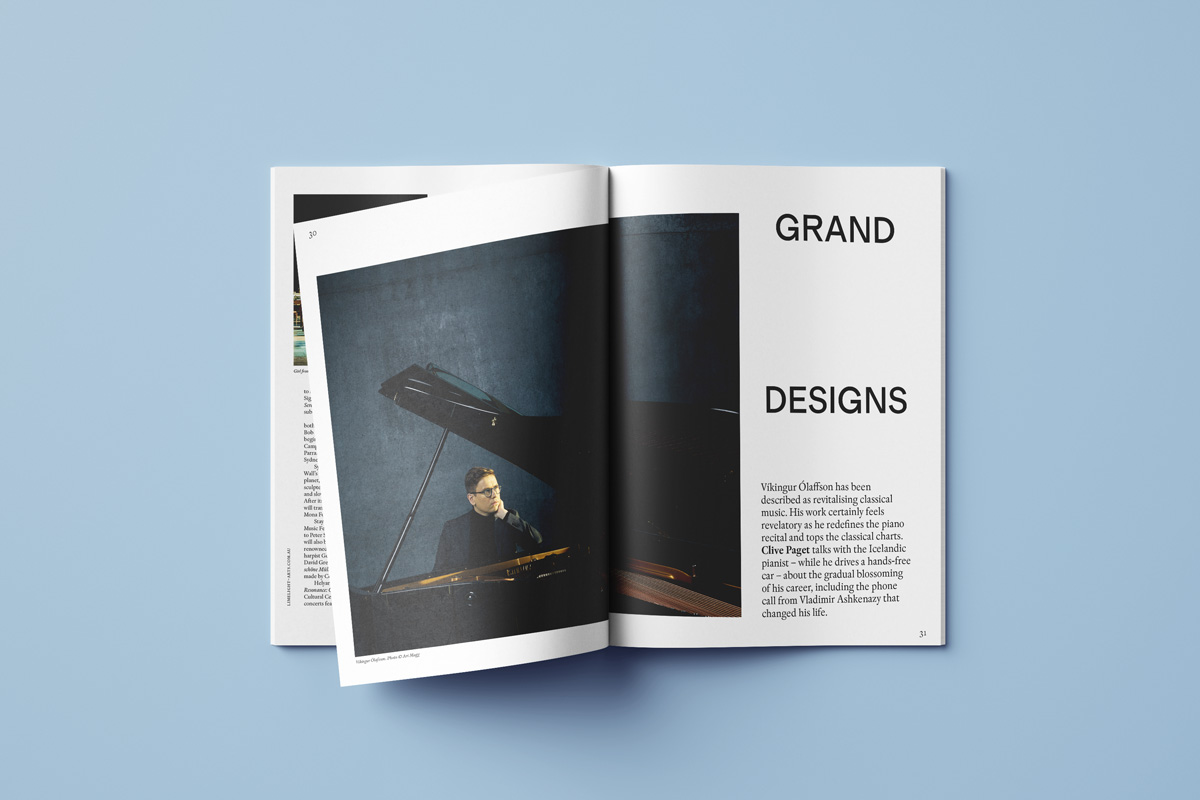 In 2015, Chi-chi Nwanoku established the Chineke! Foundation to provide career opportunities for Black and ethnically diverse classical musicians in the UK and Europe. In 2009, Deborah Cheetham, a Yorta Yorta woman, soprano, composer and educator, founded Short Black Opera to develop Indigenous singers in Australia. When The Chineke! Chamber Ensemble performs at the Adelaide Festival in March, it will play new commissions by Cheetham and William Barton. In our third feature, The Chineke! Effect, Deborah Cheetham talks with Chi-chi Nwanoku about the similar challenges they have faced to change perceptions and increase diversity in classical music. 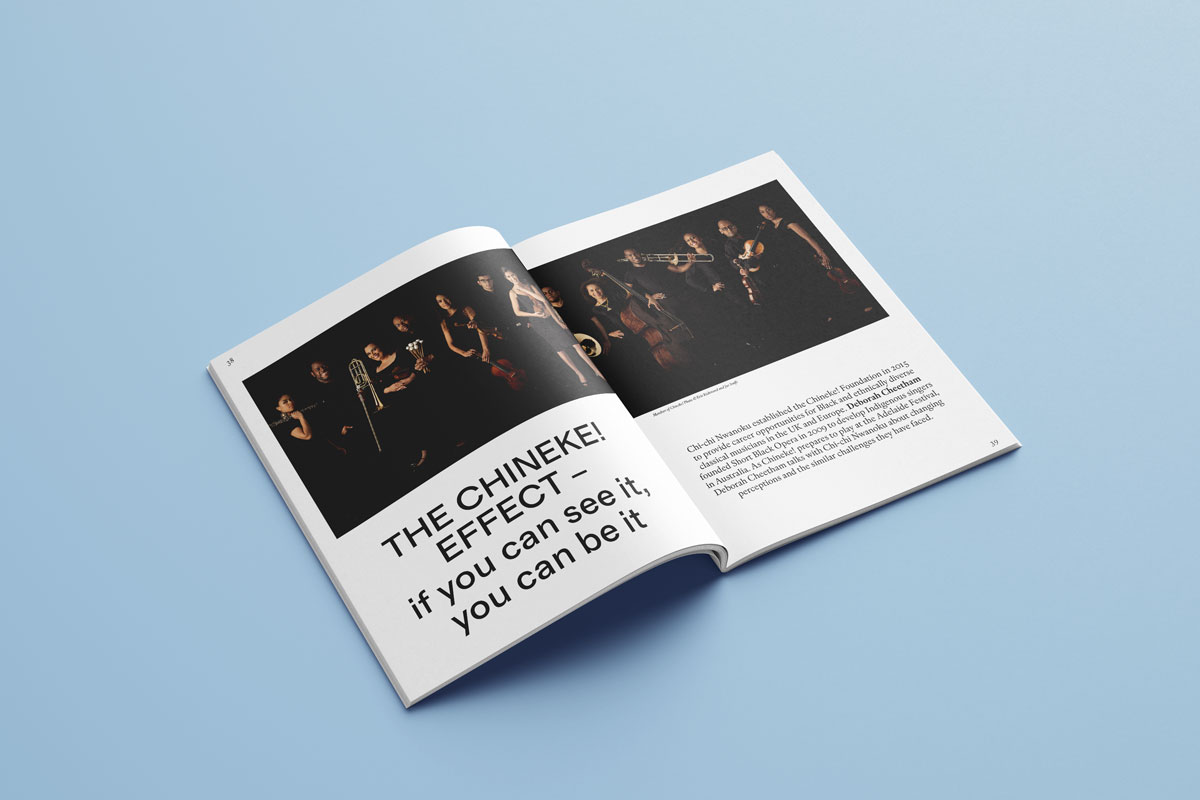 We all know that Leonardo da Vinci was a consummate artist and all-round Renaissance genius, but his love of music and skill as a musician is less well-known. In her feature The Da Vinci Coda, Kate Bolton-Porciatti, a lecturer in music and cultural history at the Istituto Lorenzo de’Medici in Florence, takes us into the world of Leonardo the musician who improvised, “sang masterfully” and designed bizarre instruments. 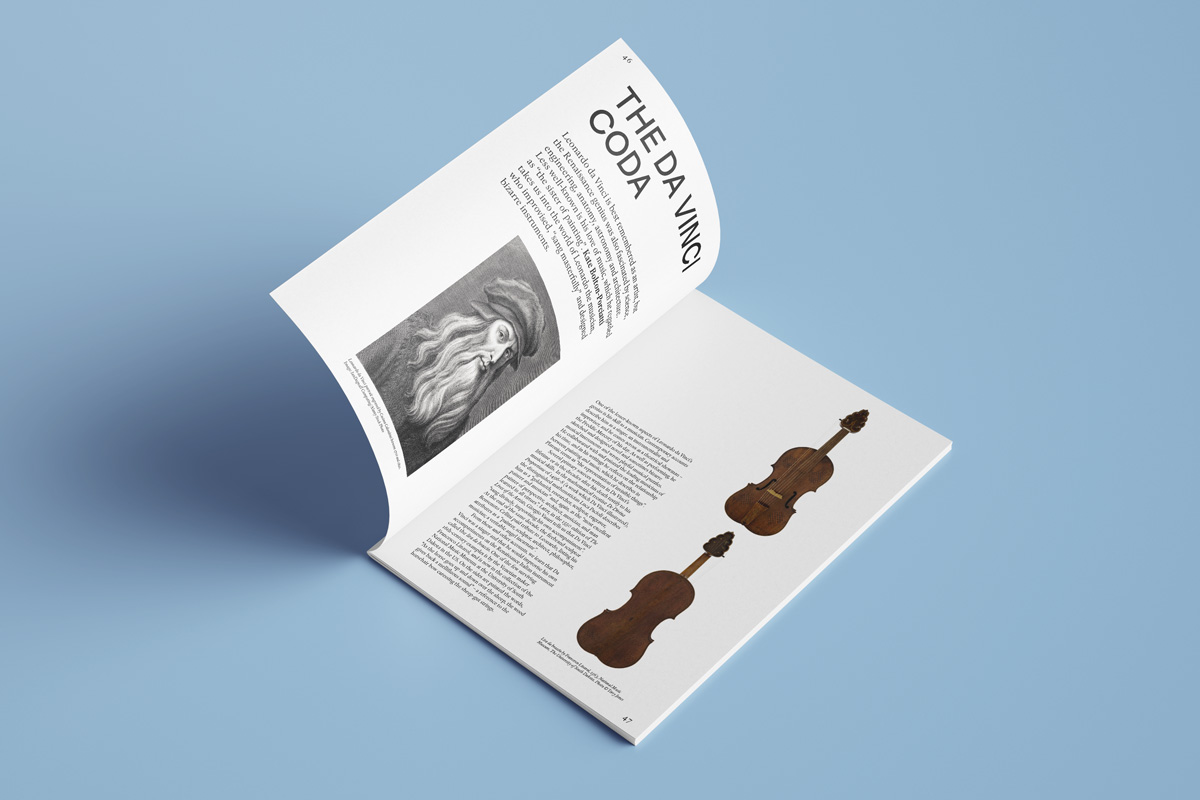 With his fascinating rhythms, George Gershwin bridged the divide between the concert hall and popular entertainment – and no more so than in his orchestral work An American in Paris, later made into a famous film. In our fifth feature, ‘S Wonderful! ‘S Marvelous!, Deborah Jones talks to leading classical dance-maker Christopher Wheeldon as well as members of his creative team and dancers, about reuniting ballet and Broadway in his music theatre version of An American in Paris. 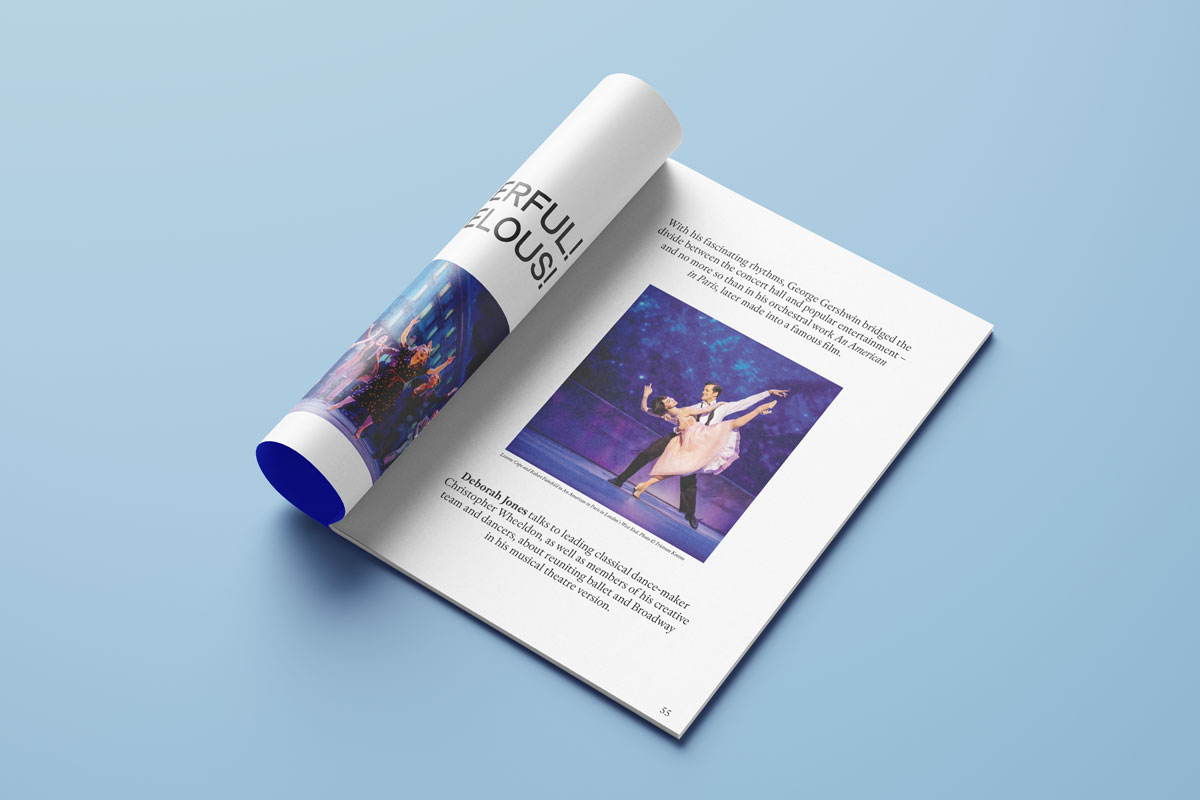 Also in this issue, Shamistha de Soysa interviews Australian soprano Anna-Louise Cole as she prepares to make her role debut as Turandot for Opera Australia, and Laura Biemmi interviews West Australian-based composer Olivia Davies about her new work In Waves, which has its world premiere in the Become Ocean concert at Perth Festival, performed by West Australian Symphony Orchestra and West Australian Youth Orchestra.

As usual there is much more. In our In the Limelight section, in which we round-up the latest arts news, our Deputy Editor Hugh Robertson discusses the reopening of Sydney’s Theatre Royal, the campaign to save the Metro-Minerva Theatre, and the need for more performance venues in Sydney. In our Cutting Edge column, Daryl Buckley, Artist Director of the ELISION Ensemble, writes about why he created the ensemble’s Performance Series on YouTube. Diana Simmonds reviews Robert Wainwright’s book Nellie – the life and loves of Dame Nellie Melba and Lynden Barber reviews the film Belfast, Kenneth Branagh’s evocation of his life as a boy during Northern Ireland’s Trouble, with a cast including Jamie Dornan, Judi Dench and Ciarán Hinds.

In this edition’s Soapbox, Guy Noble suggests that instead of the old saying “behind every great man stands a great woman,” the truth is perhaps that in front of every great woman stand a lot of mediocre men, as he looks at the need to increase the representation of women composers.

Craig Allister Young, a cellist with Queensland Symphony Orchestra as well as a composer and cook, answers 5 Questions about the new composition he has written to celebrate QSO’s 75th birthday. In this month’s Sacred Cow column, Alex Raineri asks why classical music lags so far behind social trends. Jazz legend Sandy Evans discusses the saxophone in our Playing Up column and Natalie Bassingthwaighte, currently starring in the musical Jagged Little Pill, is the subject of our My Music column. Happy reading!

Click here to read the issue in full online

Leonardo da Vinci was an artist and all-round genius, but his love of music is less well-known.