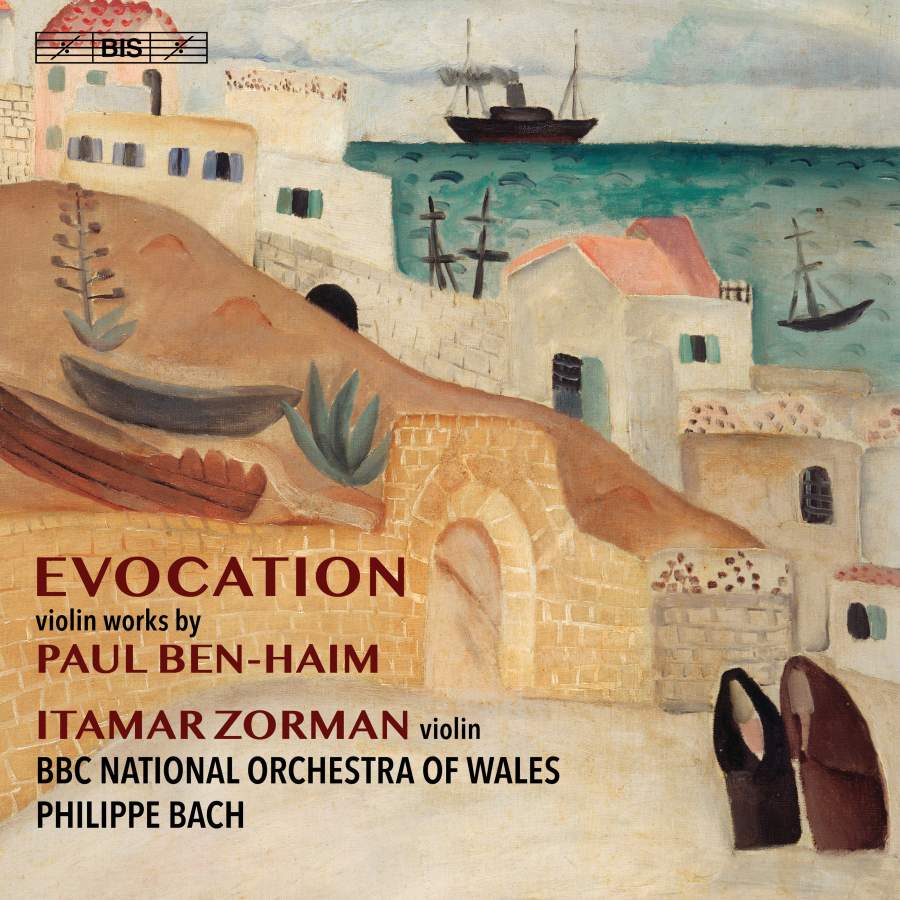 Born in 1897 to secular Jewish parents, composer Paul Frankenburger fled persecution in Nazi Germany in 1933. However, unlike the majority at the time, he moved east to Palestine, changing his name to Ben-Haim. In doing so, he became a leader in the so-called ‘Mediterranean’ style combining his post-Mahlerian influences with Jewish and Eastern European folk idioms to create an attractive palette which reached its maturity in the Violin Concerto of 1960.

With this disc entitled Evocation, the young American-trained Israeli violinist Itamar Zorman brings together Ben-Haim’s works for the violin – solo, chamber and works with orchestra – and allows the listener to hear the evolving process as the works take on further influences from his adopted locale. Hence the earliest work, Evocation or Yizkor from 1942 is the most Teutonic of the compositions, whilst by the time of his masterly concerto, Ben-Haim had formed an attractive and exciting style which blended Eastern and Western influences most successfully. The Three Studies (1983) were written for Menuhin and should be taken up by more musicians in recital.

The most important work here is the concerto, which was also successfully recorded by Itzhak Perlman (EMI) back in the early 90s. However, it is replaced here in an equally fine performance in BIS’s very fine SACD sound, and rounded out with the remainder of the composer’s catalogue for the instrument. Zorman, a Tchaikovsky laureate, provides captivating performances throughout the disc, consolidating his position as advocate for the under-heard Ben-Haim.