Mention 9 to 5and ten to one the first name that pops into people’s heads is Dolly Parton. She did, after all, write the bouncy theme song 9 to 5for the 1980 film, in which she played Doralee Rhodes, secretary to the appalling, sexist company CEO Frank Hart Jnr.

9 to 5 the Musical, based on the film, has even more to do with Dolly Parton, featuring as it does a score of original songs (alongside 9 to 5) for which she has written the music. 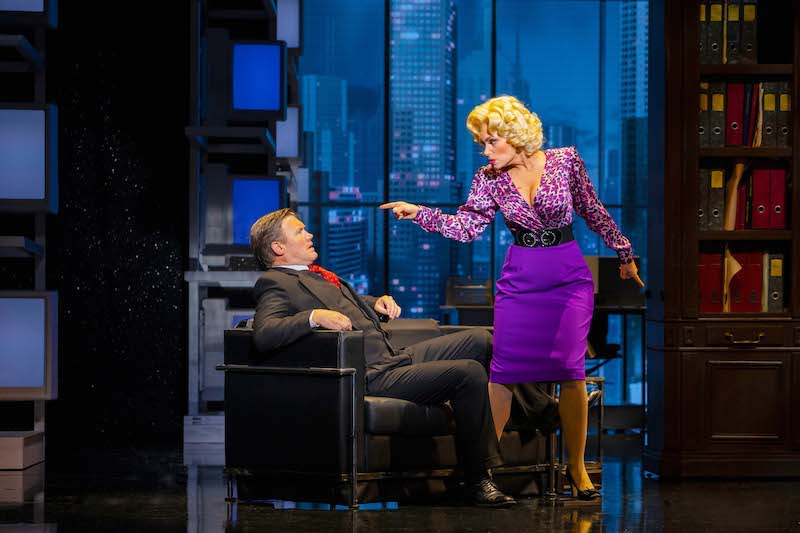 What’s more, Parton puts in an appearance – on screen. She gets things going with a pre-recorded welcome at the top of the show, in which she introduces the characters, and also appears at the finale to tell us where all the characters end up. There’s no doubt that her chirpy chat to the audience adds another little feel-good nugget to the piece.

As you’d expect, the musical opens with the song 9 to...