The St. George’s Cathedral Concert Seriesgave its audience an early Christmas gift this year; the inaugural performance of Sonus Angelorum, a new professional upper voice female choir based at the cathedral. Accompanied by renowned Australian harpist Yi-Yun Loei and directed by Artistic Director Dr. Joseph Nolan, Sonus Angelorum placed the female voice – both physical and authorial – at the forefront of the performance. Benjamin Britten’s A Ceremony of Carolswas paired with young Perth composer Lydia Gardiner’s A New Ceremony of Carols, with Gardiner borrowing the text of the former to create a work every bit as complex and moving as Britten’s. 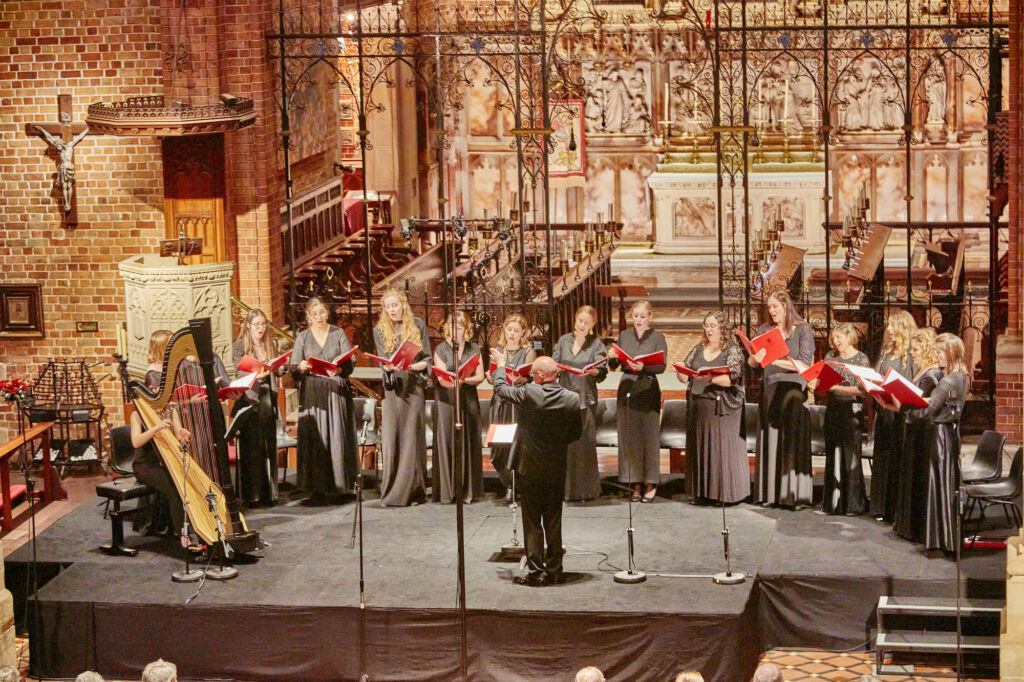 Britten’s Ceremony of Carolswas written in 1942 partly on a sea voyage from New York to England, with the composer discovering a book of medieval poetry on a stopover in Nova Scotia that, along with Gregorian chant and medieval music, would serve as the inspiration for...

An entire recital of Chopin's Waltzes could be a daunting prospect, but Mark Coughlan's energetic performance carried the day despite occasional lapses in precision.