If this year’s festival’s opening concert was a “classy variety show”, then this concert was even a class above, especially when it included 25 world premieres! 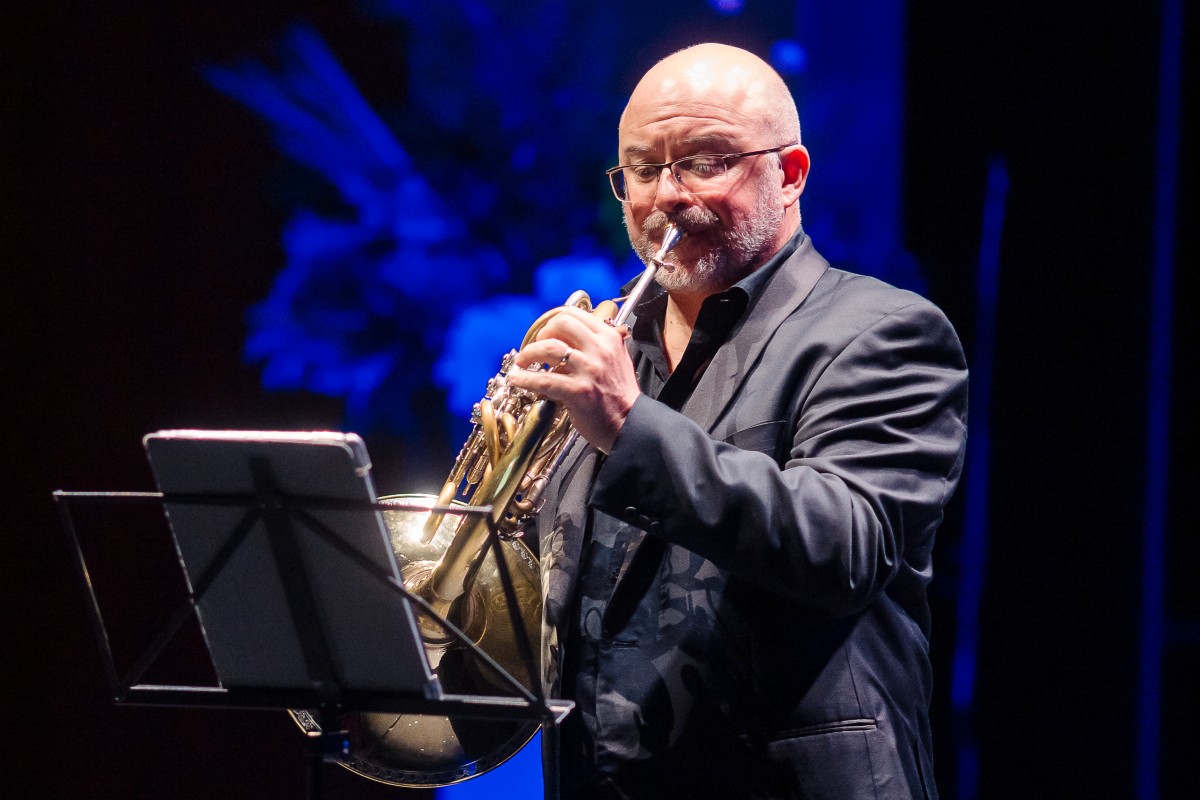 Luff’s masterful double-tonguing and clear, beautifully rounded tones, even in the many rapid-note passages, brought the work to life. The icing on the cake was his extraordinary control in the fortissimo calls and pianissimo distant echoes in the middle section. My partner remarked that it was an “amazing” piece.

The piece had been commissioned by the Birmingham Symphony Orchestra. It was eerily ironic that the Queensland Governor was unable to attend the concert, as she was on duty in Birmingham at the Commonwealth Games. However, she did send a video greeting, which was played before the concert.

When Benjamin Britten was 19, he wrote his Phantasy Quartet for Oboe and String trio, Op. 2, which the BBC premiered. Britten recorded in his teenage diary that “[Oboist, Leon] Goossens does his part splendidly. The rest – although they are intelligent players, aren’t really first class instrumentalists.”

Like its predecessor in this concert, Phantasy is a joyous piece, with a march and plenty of cheek-implanted tongue. In this case, oboist Emmanuel Cassimatis, violinist Brigid Coleridge, violist Simon Orwell, and cellist Michael Goldschlager, who was standing in at short notice for an unwell Jamal Aliyev, certainly were “first class instrumentalists”, playing with fine balance and abundant energy. The strings especially shone with impassioned playing in the middle section.

Perhaps it was unintended, but it seems sublimely obvious that the next two works should juxtapose each other. Czech-German, Jewish-turned-Catholic composer Viktor Ullmann was killed in the Auschwitz gas chambers in 1944, and Franz Doppler was born in the Ukrainian city now known as Lviv, an early target in Russia’s invasion of Ukraine.

Ullmann’s Abendphantasie is the last setting of three poems by German poet, Friedrich Hölderlin. He completed it only a short time before his death. It’s a song of melancholy, the poem suggesting the tiredness of the worker at the end of the day, or perhaps it is the peace and serenity of old age.

Daniel de Borah was at the piano with understated simple chords, and soprano Lotte Betts-Dean conveyed the melancholy in a performance of great beauty and emotion. 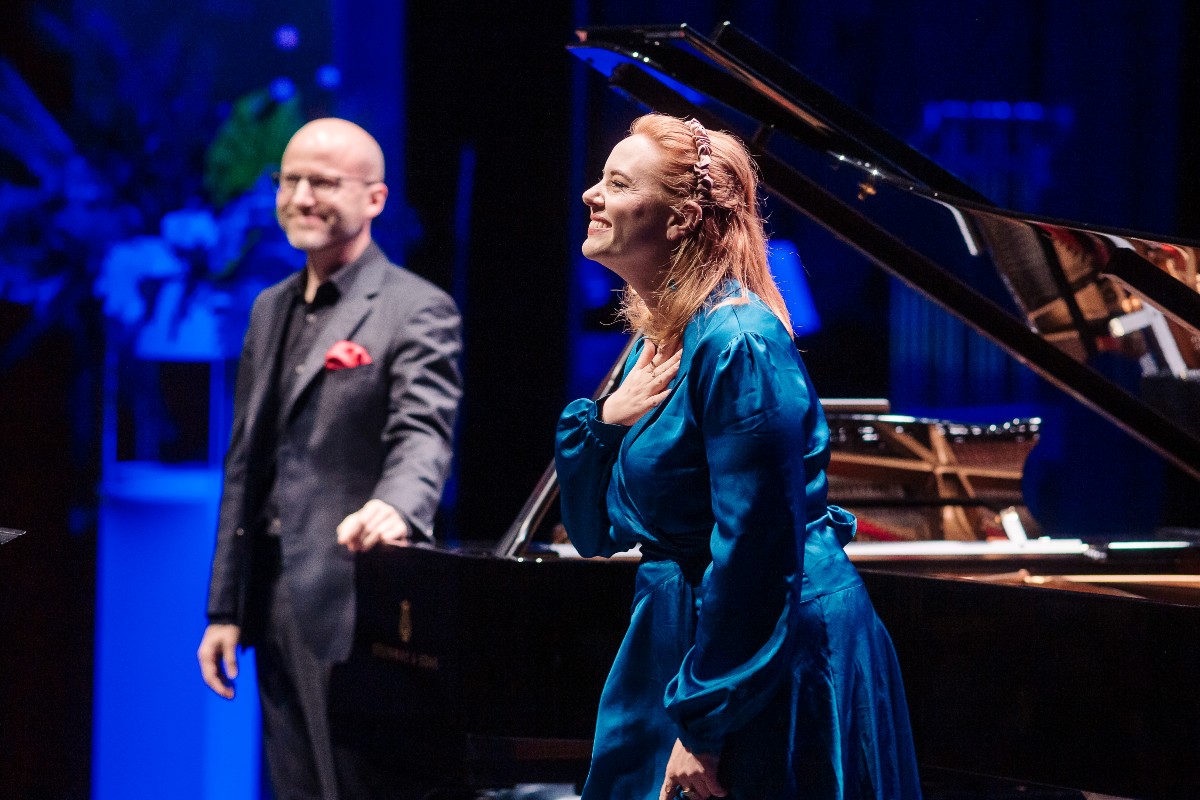 In the first movement of Doppler’s Hungarian Pastoral Fantasy, Op. 26 there are suggestions of Oriental and middle eastern dances. The second movement is reminiscent of Viennese dances. And the third is unmistakably Hungarian – even Liszt-like, which is unsurprising, given Doppler worked with Liszt on his Hungarian Rhapsodies.

This was a magnificent closer to the first half of this concert, with flautist Alison Mitchell and pianist Daniel Grimwood holding their audience spellbound in a truly inspired and virtuosic performance.

Who would think of writing a piece for bassoon and percussion? Well, American Verne Reynolds (1926-2011) did, and his Fantasy-Etudes for Bassoon and Percussion works brilliantly, especially under the hands of bassoonist David Mitchell and percussionists Jacob Enoka and Ian Brunskill.

Percussionists, of course, are expected to keep good time, but this piece has largely abstract, with ethereal times and rhythms. These two, one of whom remained off-stage, playing chimes, and the other variously vibraphone, bongos, glockenspiel, and small tom tom, answered the challenge superbly. Indeed the on- and off-stage exchanges were so soft, with precise timing essential, one wondered how they heard each other. And Mitchell’s equally abstract, ethereal, recitative-like, sequences answered the percussion with deep intelligence through the five-movement work. So close was their interaction that the two or three instruments being played at any one time often seemed to almost merge into one, the listener becoming unaware of one instrument standing out over another.

The audience loved it! 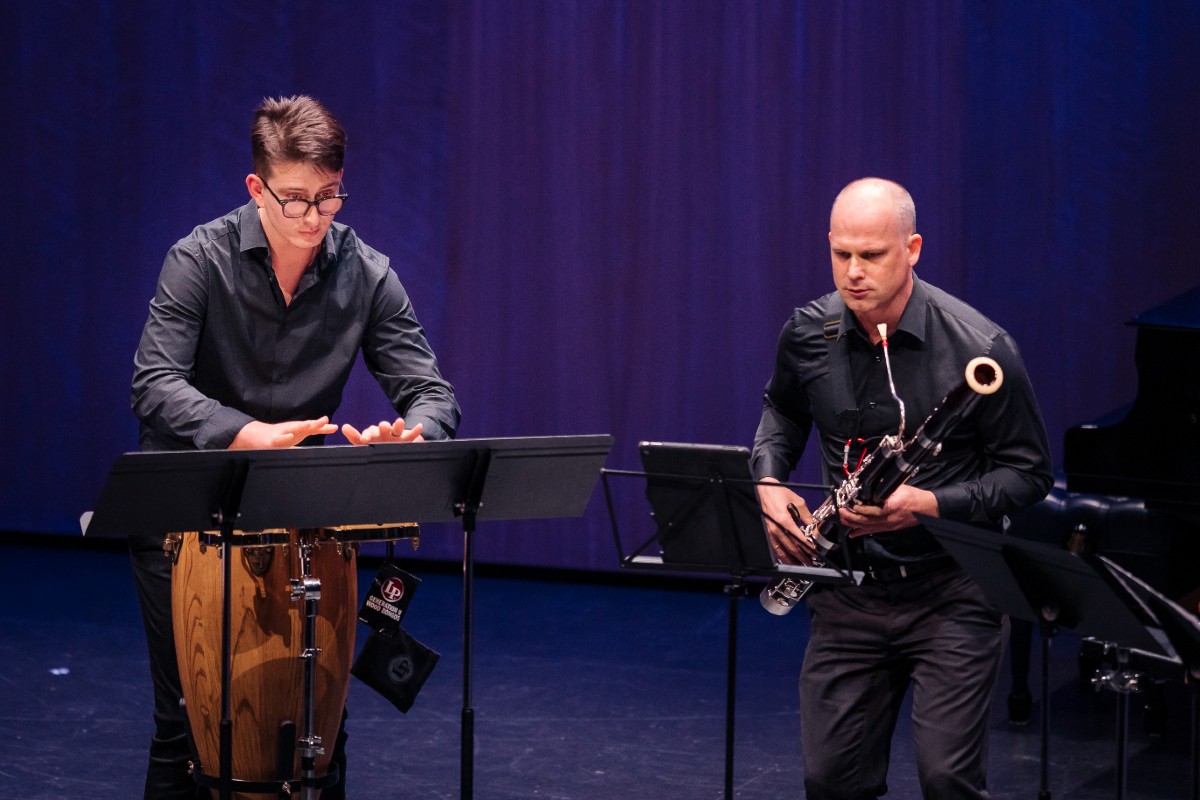 Then came Saint-Saëns’ Fantaisie in A major for violin and harp, Op. 124, with violinist Jack Liebeck, and harpist Alice Giles. The single-movement work shares and exchanges the lead roles throughout in a cleverly devised path that cycles back to the beginning. My partner’s description of the work being “music made in heaven” is apt. Its melodic and harmonious serenity hides the extraordinary virtuosity required to play it. Liebeck and Giles played with such sensitivity and beauty that it was easy to be lulled into a state of  seeming weightlessness, floating with the heavenly music.

Closing this amazing concert was the Goldner String Quartet, a much-loved icon of Australian chamber music-making, in the world premiere of Goldner Variations on ‘Ode to Joy’.

Violinist Dene Olding introduced the piece, telling the audience that the idea came from their Artistic Director in 2018. 2020 was the 250th anniversary of Beethoven’s birth, and it was the 25th anniversary of the “Goldners”, by which the ensemble is known affectionately, so the idea was to take Beethoven’s Ode to Joy theme from his Ninth Symphony and get 25 Australian composers to write variations on the theme.

Of course, 2020’s distractions meant the world premiere could not be performed during the Goldners’ anniversary year, and it meant this year’s Australian Festival of Chamber Music would have that honour. Olding said, “It’s not often that one would get the chance to perform 25 world premieres in one piece!”

The work begins with the cello announcing Beethoven’s theme slowly and softly, with the rest of the ensemble joining in for a more familiar arrangement of the orchestral version and tempo. Then it’s off on an adventure of compositional styles, laced with everything from laugh-out-loud humour to introspective pensiveness – even sadness. Some variations have their own names, but all are faithful in their own way to Beethoven’s music. 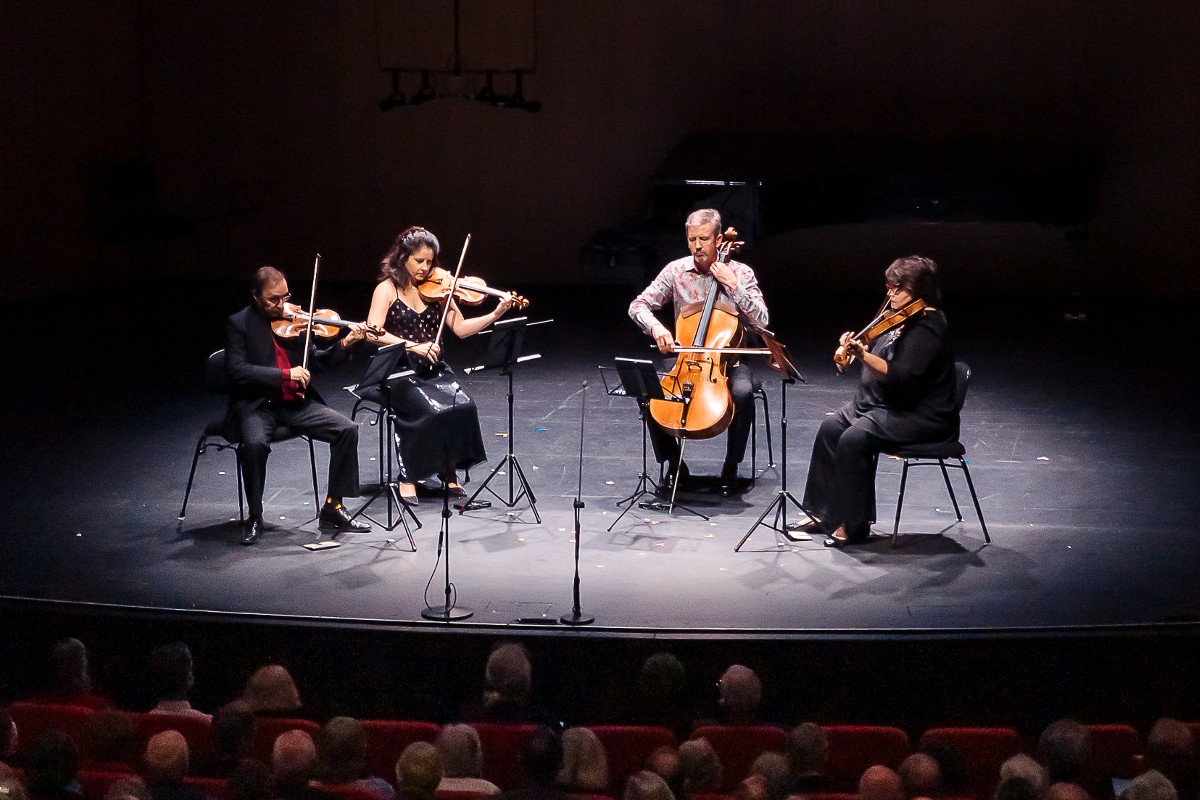 For the musicians to be able to put themselves into the minds of 25 very diverse composers across 25 quite brief miniatures shows just how versatile they are. They were brilliant at every turn.

Liza Lim’s variation is simply titled Ode and is dreamy, thoughtful and beautiful, perhaps with an underlying melancholy. Iain Grandage’s had Irina Morozova’s viola taking most of the lead before giving way to the cello. Paul Stanhope’s was more abstract, with wispy harmonics producing bird-like calls. Jakub Jankowski’s began very reminiscent of Beethoven, only to morph into whistling in 3rds – the audience giggled.

For Brett Dean’s Werden alle Menschen Brüder (“all men shall be brothers” – a line from Schiller’s poem), the four players retreated to the farthest four corners of the stage. Then, the variation, whilst still unmistakable in its origins was played pianissississimo (barely audible) with the final two notes in a strong crescendo. The players were expected to remain synchronised. They did. Absolutely.

Nicole Murphy’s Lento had the theme passing through the instruments in a downward motif. Holly Harrison’s Joyous Punk was exciting with its driving rhythm throughout. Harry Sdraulig’s variation was slow and mysterious.

Concluding the work was Carl Vine’s Ode to Goldners, which, fittingly, was a joyous dance.

And there were more besides, which could not be included.

The Australian Festival of Chamber Music is being held in Townsville until 7 August.