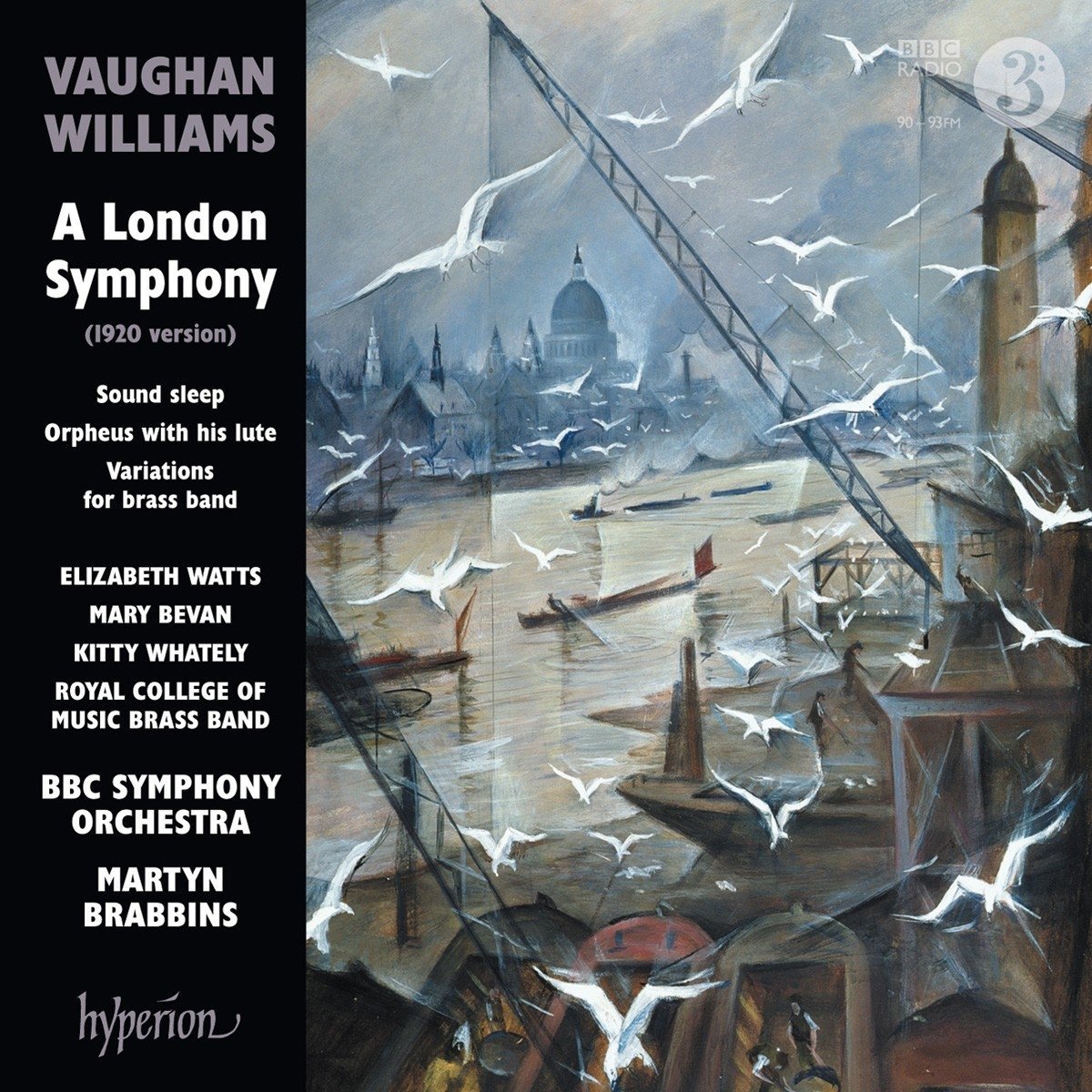 I must confess I’ve never really “got” Vaughan Williams’s London Symphony: it’s always conveyed a pea-souped foggy London through a vaseline-smeared lens, where all the “action” takes place at a distance, to make for an ambience of mystery. It’s completely unlike the chirpy depiction in Elgar’s Cockaigne Overture, let alone Eric Coates’ cheerful bustle. Martin Yates’ recent version kindled some interest in me and this performance has begun to swing the pendulum.

Martyn Brabbins uses a fuller version, which restores some of the excisions made by the composer and handles the elusive opening with spaciousness and warmth before the huge explosion of the awakening organism that is a great city. Brabbins is generally slower than the ‘other’ Martin but magically captures the various specific episodes such as the lavender seller – distinguished playing by the BBCSO throughout. Brabbins’ phrasing is majestic in the finale and by the time we reach the mystical Westminster chimes, this version had me converted.

The fill-ups are gorgeous: early settings of Christina Rossetti and Shakespeare: Sound Sleep in a version with three female voices (Elizabeth Watts, Mary Bevan and Kitty Whately – all beautiful) and Orpheus with his Lute (Elizabeth Watts). The final curiosity Variations for Brass Band, were composed in 1957, the year before Vaughan Williams’ death and show that right to the end his inspiration remained undimmed.