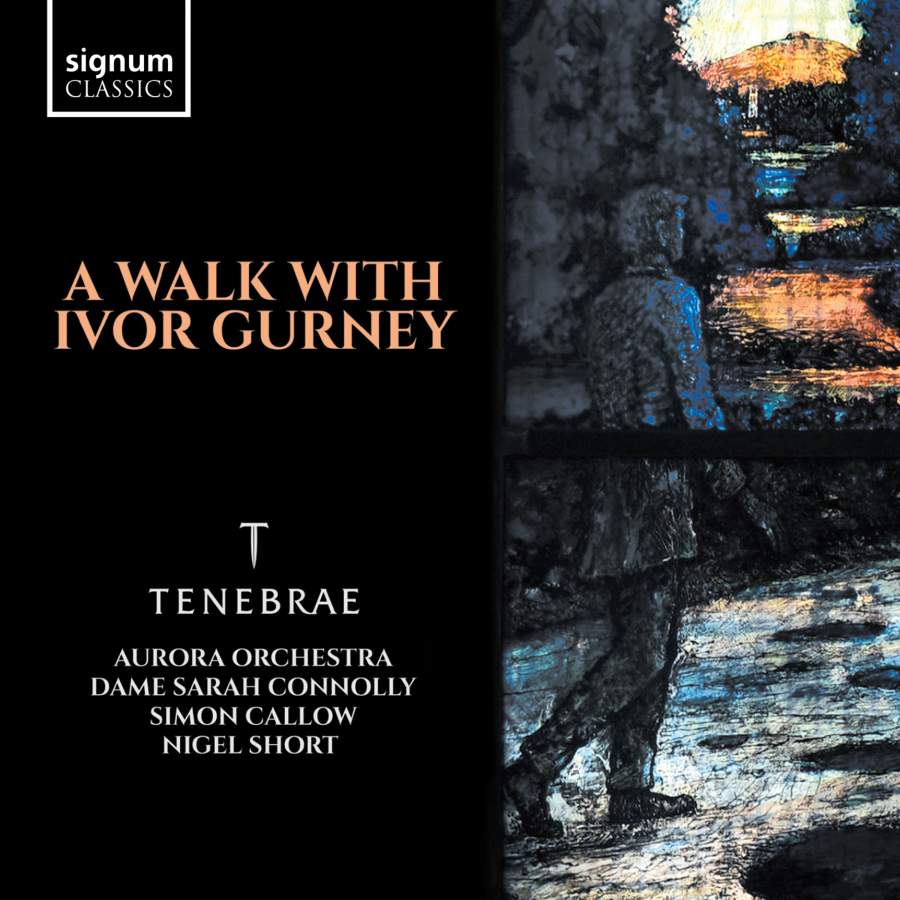 Journeys – real and imagined, geographical and spiritual, from place to place, from life to death – run through this beautifully conceived program from Nigel Short, Aurora Orchestra and Tenebrae. The Gloucestershire countryside provides a backdrop for music imbued with a particular spirit of time and place.

In the centenary year of the Armistice there have been many direct musical tributes, but there’s something almost more moving about this quiet, implied memorial to war and those touched by it. At the heart of the program is Ivor Gurney – the English poet-composer who returned from France in body, but with his mind forever disturbed.

The composer’s songs (heard in orchestrations by Howells and Finzi) and a rare surviving choral motet are framed by Judith Bingham’s A Walk With Ivor Gurney – an unaccompanied work for choir and solo mezzo-soprano based around Gurney’s verse – and music by Vaughan Williams. Hopefully the presence of the latter (a significant influence on both Gurney and Howells) will ensure a wider audience for this thoughtful recording.

The tone is set by a lean, charged performance of the Tallis Fantasia (premiered at Gloucester Cathedral in 1910) by Aurora Orchestra. No over-spilling sonic excess here, just clean lines and introspective intensity. The same restraint paints the lusher landscape of the composer’s An Oxford Elegy carefully, but a recording that privileges the speaker (an over-fruity Simon Callow) at the expense of choir and orchestra does little to help unify a slightly scattered work.

Of Gurney’s own music it’s the songs that shine. The expansive Sleep swells gratefully into the larger canvas of Finzi’s string orchestration, Sarah Connolly’s oaken mezzo carving long lines through it, while By a Bierside (arranged by Howells) makes thrilling sense of John Masefield’s verse. Only In Flanders seems overworked – a fragile lyric stretched beyond its natural scope by Connolly’s impassioned delivery and Howells’ orchestration.

Receiving its world premiere recording, Judith Bingham’s A Walk With Ivor Gurney cleverly combines Gurney’s own verses with Roman tomb inscriptions from around Gloucestershire to create a work of contrasting ages and musical worlds. The effect is of history in palimpsest, longing and loss repeating and re-echoing in an unchanging landscape. Tenebrae is scrupulous, careful of text and tone. The distant Roman history finds cooler expression in men’s voices, while Gurney’s own experiences surge forwards in the warmer currents of Connolly’s delivery.

As advocacy goes, it’s hard to imagine Gurney getting better than this.

An impressive Sydney debut by British choir Tenebrae at the Sydney Festival.

Davis pays homage to the dreamers and the Glorious Dead.

Review: Come to Me in My Dreams (Sarah Connolly, Joseph Middleton)

Connolly’s crafted recital proves a thing that dreams are made of.

Scenes from a life x3: A trio of British composers are reborn in masterly, moving documentaries.