Out of context, the names Acis and Galatea might have the ring of comic book characters belonging to a fictional alien place. Actually, that may not be too far off the mark in Handel’s early 18th-century utterly charming work based on a Greek myth concerning the love between the shepherd Acis and semi-divine water nymph Galatea. 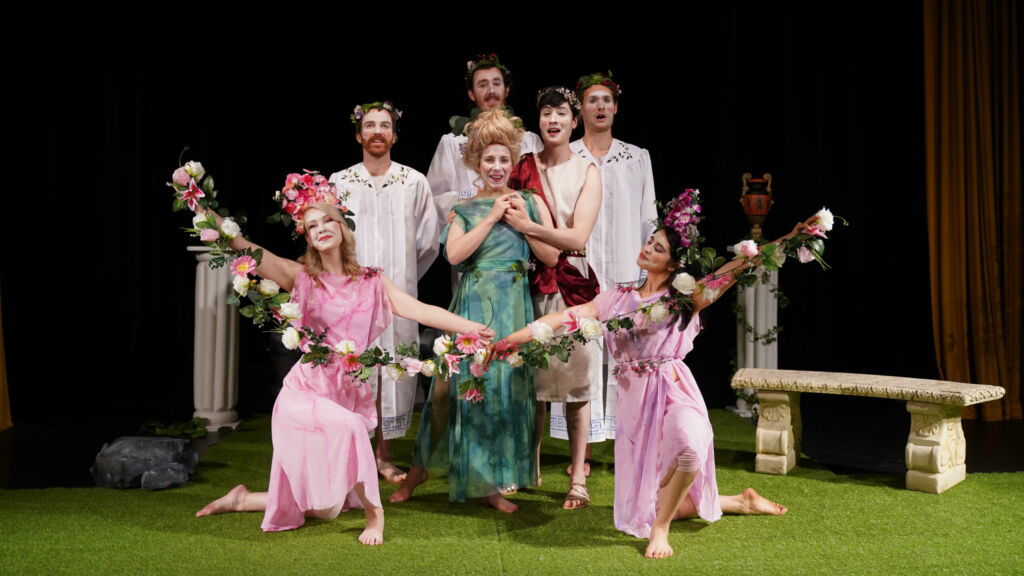 Simply put, after a good measure of pining by each, Acis and Galatea are reunited after having been separated (Act One). Their happiness is short lived, however. The giant Polyphemus wants Galatea as his own, intervening during the lovers’ declaration of constancy and killing Acis with a blow to the head by a rock. Reminded of her divine powers, to save him, Galatea transforms Acis into a fountain in order to delight in its waters for eternity (Act Two).

Yes, opera is back on the stage playing to a live audience again in Melbourne with year-end festivities being enhanced by IOpera’s entertaining frolic through an Arcadian setting garlanded...

Artistic Director David Kram tells how they did it while reflecting on the future of live auditions.

Rossini’s now rarely seen take on Shakespeare’s tragedy is hampered by the plot’s hollowed out drama.

Nymphs and shepherds more than live up to pastoral promise.

Boston Early Music Festival singers and period instrument players, co-directed by lutenists Paul O’Dette and Stephen Stubbs, are in cracking form on this studio recording of Handel’s buoyant pastoral. The vocal ensemble are exceptional, especially in their opening number O the Pleasure of the Plains (which always reminds me of For unto us a Child is born from Messiah).  Handel wrote Acis and Galatea for the Duke of Chandos to celebrate his marriage and the building of his lavish mansion, the Cannons, in Middlesex. The house had its own orchestra as well as extensive gardens with the latest water features. It didn’t survive for long, however, for within 20 years it was demolished and its features sold off when Chandos’s fortune took a dive in the South Sea Bubble. In Ovid’s tale, the shepherd Acis is metamorphosed into a fountain by his lover Galatea after the jealous cyclops Polyphemus launches a boulder which crushes him. Thus the gardens of Cannons made the perfect setting for this pastoral tale. Handel was briefly the Duke’s resident composer while things were quiet in London (and where he was having trouble managing to stage his Italian operas). Hats off to the excellent soloists, tenor…