I have been an unashamed fan of the Australian Chamber Orchestra and its always interesting and often spellbinding leader Richard Tognetti for three decades, first as a subscriber and then as a reviewer.

During that time, as Artistic Director, he has honed and shaped the group into what the London Times has hailed as “the best chamber orchestra on earth”. As a performer, composer and arranger, he has picked up multiple awards and honours, as well as being made a National Living Treasurer and gonged with an Order of Australia. 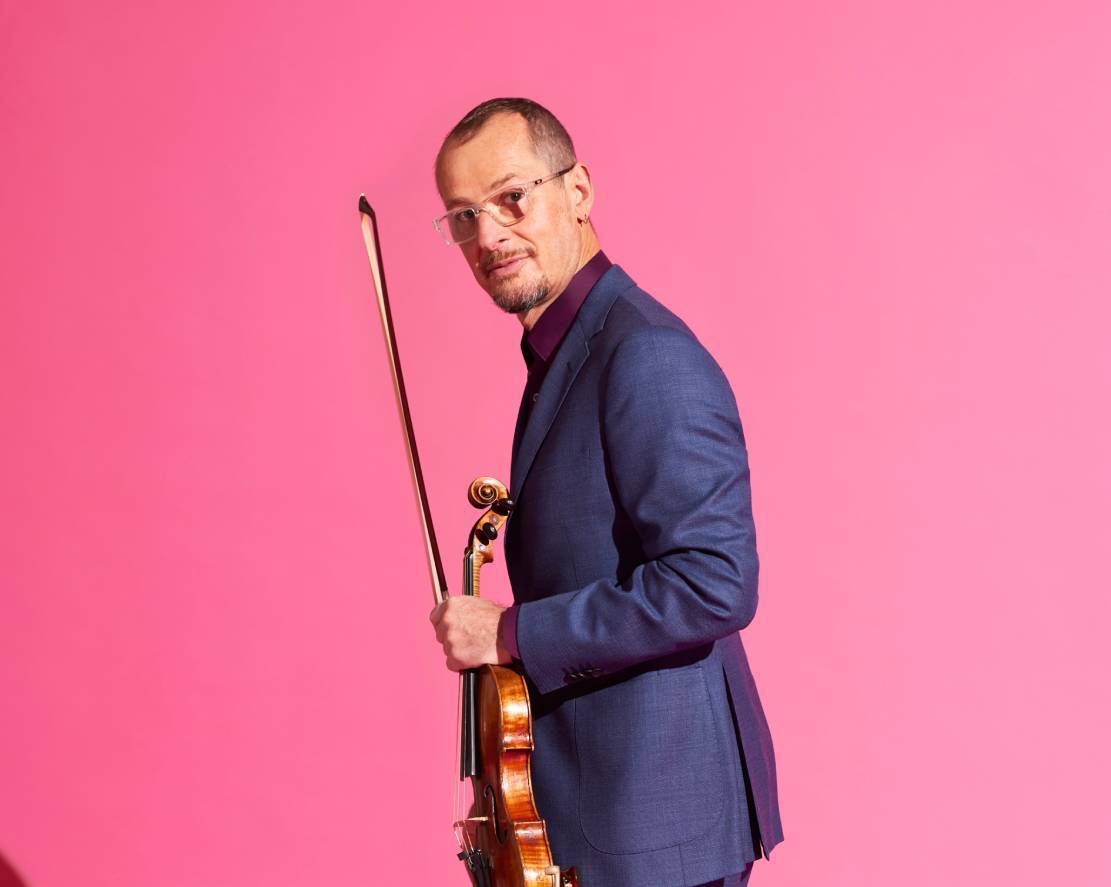 An ACO event is always a special occasion and this third concert in the Up Close series, hosted in Sydney by SBS Insight moderator Kumi Taguchi in the orchestra’s new state-of-the-art concert hall, The Neilson, was no exception.

Tognetti played four works that had a deep personal meaning for him, choosing as his recital partner the exceptional Australia-based Russian pianist Konstantin Shamray. Over the 90 minutes, the duo showed great chemistry as Tognetti took us on a journey starting with the Partita for violin and piano by Witold Lutosławski, who he describes with characteristic wit as “the Francis Bacon” of composers, with his random, atonal sound world.

As a student in Switzerland, Tognetti saw the Polish composer rehearsing the Berne Symphony. “What struck me was the contrast of the man with his music – a seemingly tender character producing frightening musical dreams,” he said.

That experience made a lasting mark and ever since Tognetti, who has Polish blood on his mother’s side, has wandered the world “like Coleridge’s Ancient Mariner” trying to explain the effect it had one him.

The 1984 Partita, by turns loudly ferocious and almost quiet, made for a disturbing and beautiful opening to the afternoon, the two instruments often playing independent parts that somehow marry into a satisfying whole.

By way of complete contrast Tognetti chose two short movements by the 17th-century German violinist-composer Johann Paul von Westhoff, whose suites inspired J.S. Bach to write his partitas and sonatas for violin. Although not in the same league as those masterpieces, the earlier works have a great deal of charm, with Shamray’s piano bubbling and bouncing beneath some now frowned-upon cross-bowed parallel fifths.

Virtuosity of a different order was a feature of the next work, Peter Sculthorpe’s 1955 solo violin piece Irkanda I, which translates as a remote and empty place, with its high-pitched birdcalls and evocative melodies demanding tight control of dynamic, articulation and expression, the pauses and silences as important as the notes.

Pitch perfect and lovingly shaped, this was a solo tour de force.

The full-blooded Romantic passion of Brahms’ third Violin Sonata in D Minor, Op. 108 rounded off the recital with Tognetti and Shamray both in rollicking form – the glorious sumptuous adagio movement a highlight.

The performances were interspersed with Q&A sessions with Taguchi, with Tognetti paying affectionate and moving tribute to his mentor Alice Waten, who died last month. A former pupil of David Oistrakh and Valerie Klimov at the Moscow Conservatoire, she taught Tognetti the Russian Violin School method, as well as being a founding member of the ACO.

“A comment that always stays with me was when she said, quite earnestly, ‘I think you can make it’. She meant as a solo violinist. As I am reminded every day, and of course Alice would’ve been fully aware, you never really do ‘make it’; but what she provided was the ambition of achieving something,” Tognetti wrote in his eulogy on the ACO website.

I think most of Australia’s classical music lovers would agree that the maestro is being ever so humble here.

Performed by Kristian Winther, Anna Pokorny and Konstantin Shamray, chamber recitals of this calibre are few and far between.

An enthralling concert aurally encapsulating an emotive moment in time.