It’s apt for the West Australian Ballet to open ALICE (in wonderland) during our pre-election shenanigans since Lewis Carroll is said to have written a political satire in his original book. It is said that the Mad Hatter represents the then UK Prime Minister Benjamin Disraeli, presiding over the never-ending tea party, and wasting time. Keeping this in mind, it was hard not to figure out which of our politicians might be our Mad Hatter, Tweedledum and Tweedledee or the Cheshire Cat. 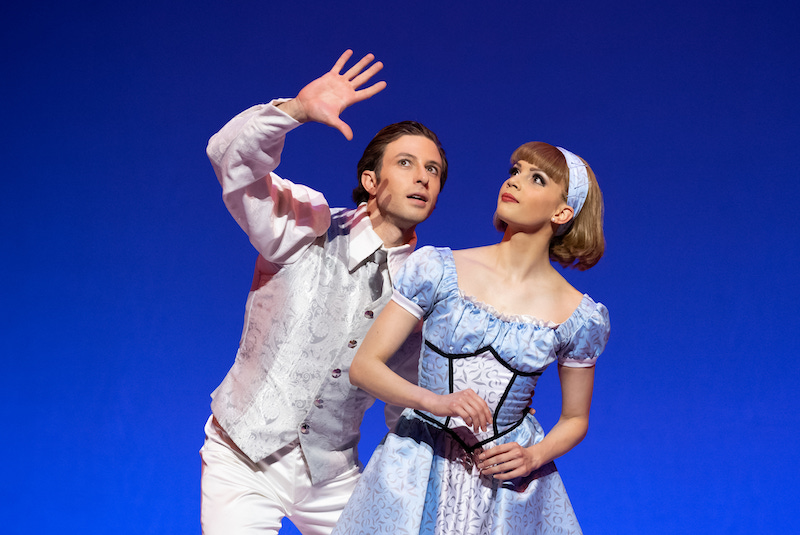 Satire or not this is a superlative production danced with immense sophistication, skill, intensity and charm. Watching the inventiveness being created before you, it seems that all your childhood daydreams have come true. The only quibble, for me, is that the first act is overlong – perhaps some of the flamingo scenes, which become a bit repetitive, could be cut. (Cutting, of course, would be an operative word in the case of election platitudes.)

That notwithstanding, ALICE (in wonderland) is inventively choreographed by the lauded, one-time American Ballet Director, Septime Webre (now director of Hong Kong Ballet.) It has been an outstanding success around the world, which is not surprising due to its renowned collaborators, including set designer James Kronzer.

The performance opens in a simple pale blue lit stage, which seems vast as Alice (Carina Roberts) sits alone in a cream winged armchair; but from then on, when she’s down the rabbit hole, the kaleidoscopic colours, the amazing (and rapid) set changes and mechanical devices are a wonder to behold, particularly the star-lit night-sky cradling a huge yellow moon, Tweedledum (Matej Perunicic) and Tweedledee (Adam Alzaim) sailing through the air on their tandem, Alice growing and shrinking, and the gigantic pink flamingo.

The puppets designed by Eric Van Wyk are equally stunning, including the five-metre undulating Jabberwocky. Liz Vandal’s much-awarded costumes are all memorable, but particularly the enormous shimmering wings of the newly emerged butterfly, the pink flamingo outfits, the adorable baby piglets, and the riotous suits of The Mad Hatter and cohorts. The lighting nuances (Clifton Taylor) enhanced each tableau with a deft, unpretentious touch. 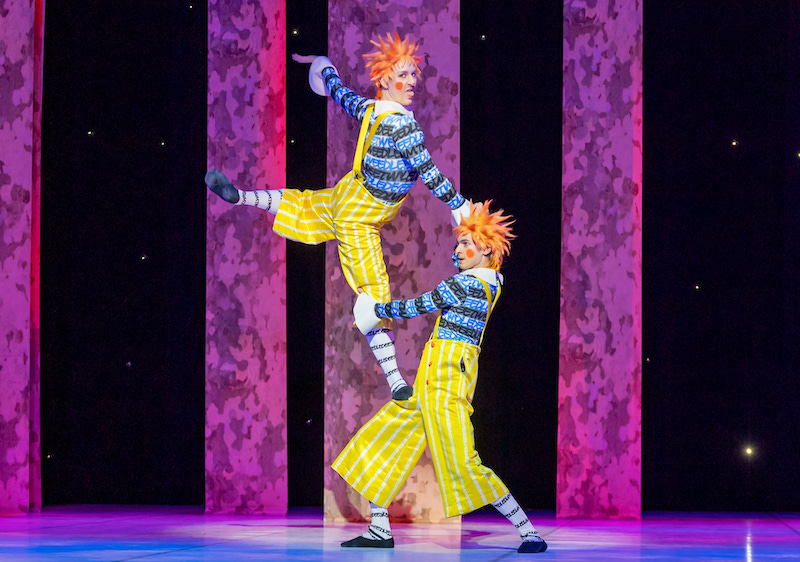 Matthews Pierce’s compositions are inventive; warmly mellifluous Middle Eastern influences, jazz, a screech of strings and clarinet solos feature in a miscellany of styles. And the West Australian Symphony Orchestra do him justice in tone and quality under the charismatic conductor Jessica Gethin.

Rehearsal directors Sandy Delasalle and Craig Lord-Sole have coaxed exemplary performances from the dancers who have to change in the blink of an eye into disparate guises (doors, henchmen, daisies, roses, cards) and call on their best skills to handle the demanding choreography.

As Alice, Roberts could not be faulted. She sailed inexhaustibly through the trickiest intricacies with agility and grace, colluding with the audience as the behaviour of her acquaintances became more and more bizarre. Her male counterparts, Ludovico Di Ubaldo (Lewis Carroll and The Mad Hatter,) Oliver Edwardson  (White Rabbit) Juan Carlos Osma (Dodo) Izaak Westhead (Joker) all executed the male virtuoso ballet steps in grand style – their jetés, pirouettes and powerful lifts never ceasing to astound the senses. Glenda Garcia Gomez’s sadistic Queen of Hearts was magnetic, while Matthew Lehmann made you laugh as her downtrodden husband. He was seductively cunning as the Cheshire Cat. Dayana Hardy Acuña (Eaglet) was, as usual, iridescent.

Not the least of the attractions of this ballet is that it reminds us, in a very sad and sorry world, of beauty, humour, compassion and determination to overcome mayhem. (May this force be with you leading up to the election!).

ALICE (in wonderland) runs at Her Majesty’s Theatre, Perth until 21 May.

Javier Torres' The Sleeping Beauty, a shortened and expanded version made for West Australian Ballet, suits the company perfectly, exacting the utmost control and precision – the kind that has your heart in your mouth as the dancers set up to execute some truly difficult display of technical bravura.