This unusual production, titled Le Prophèteafter Meyerbeer’s opera, brings us 19th-century works originally composed or arranged for piano four hands – a common practice at the time, primarily as a way to experience new symphonic works and operas in the home. 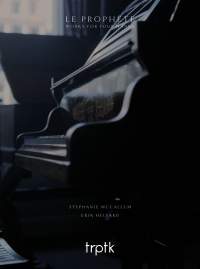 The programme consists of the original, substantial Overture to Le Prophètearranged by Alkan, nine of Alkan’s own Organ Preludes arranged by Liszt’s pupil José Vianna da Motta, and Ignaz Moscheles’ potpourri from Weber’s operas Oberonand Euyranthe. They are performed by Australian duo Stephanie McCallum and Erin Helyard with brio and great precision of ensemble.

Charles Valentin Alkan was an eccentric who composed almost exclusively for the piano. His music is technically challenging and often bizarre, with a large cult following today thanks to advocates like McCallum and Marc-André Hamelin. His Preludes are the most interesting music here, ranging from the quirky to the sentimental. The other works, while of historical interest, are less compelling.

The duo plays on three original Erard pianos of the period (from 1847, 1898 and 1839). While I prefer the sound of a modern Steinway, the lucidity and lightness of these instruments ensure that big sforzandi and...