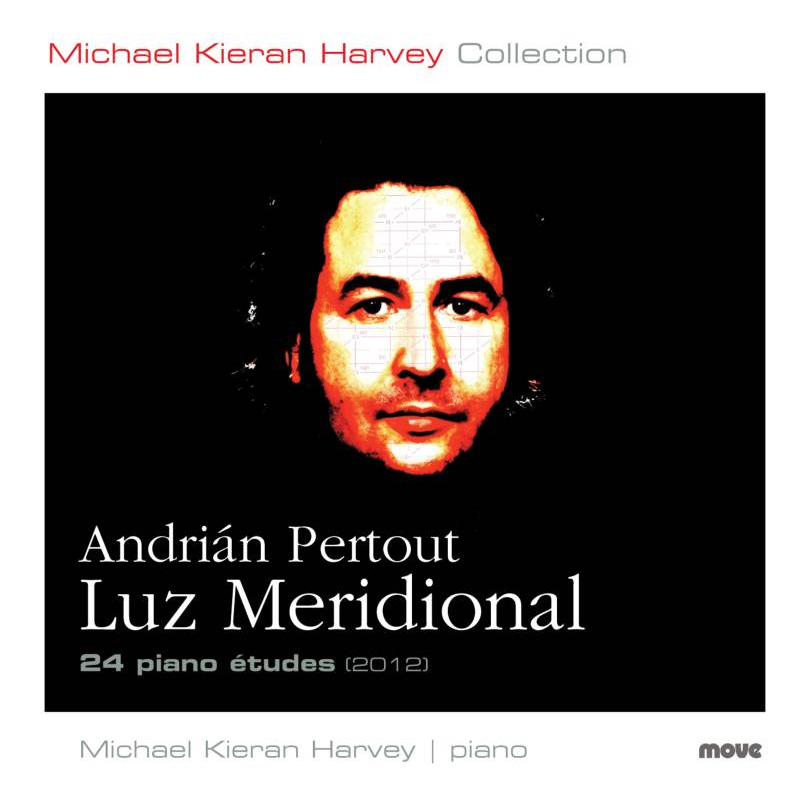 Andrián Pertout (b. 1963) was born in Santiago, Chile and has lived in Melbourne since 1972. His Luz Meridional (Southern Light) is a set of 24 études for piano dedicated to American composer Henry Cowell (1897-1965), whose mathematical theories regarding pitch and tempo ratios are central to these compositions.

Commissioned by barrister, human rights activist and arts patron Julian Burnside as part of a 2009 State Library of Victoria Creative Fellowship that enabled Pertout to make use of the Library’s extensive archival holdings, each individual étude is an homage to an Australian composer and incorporates quotations and re-workings of motifs from their works. Composers include Peggy Glanville-Hicks, John Antill, Keith Humble, Miriam Hyde and Margaret Sutherland among many others. A particular highlight is the Alfred Hill dedication Retrospectivo, a mesmerising cascade of rippling arpeggiations.

The works are fiercely virtuosic and employ extended techniques including muting, plucking and strumming of the piano strings. Luz Meridional was written for Michael Kieran Harvey, a pianist renowned both for his technical prowess and eagerness to embrace exploratory new works. Recorded live in the fabulous acoustic surrounds of the Melbourne Recital Centre Salon,  this package also includes a DVD containing a film about the genesis of Luz Meridional and footage of Harvey performing seven of the études.

Review: Dancing to the Tremors of Time (Michael Kieran Harvey)

New works sparkle in the hands of Michael Kieran Harvey.

Michael Kieran Harvey is one of Australia’s great pianists, his virtuoso technique evident in performances of music by Carl Vine. He tackles the most challenging pieces imaginable, his repertoire lying primarily in the contemporary sphere. This disc is a collection of Harvey’s own works, premiered between 2007 and 2013. Each involves piano, but Harvey is joined by cellist Alister Barker in Kursk, violinist Natsuko Yoshimoto in Fear, percussionist Eugene Ughetti in Homage to Liszt, trumpeter Tristram Williams in Etude for Trumpet, and clarinetist Ashley William Smith in City of Snakes. All are skillful musicians. I hate to be negative about an Australian release – there are so few – but for me, this is not an easy program to love. Harvey’s piano writing is so taxing it comes across as a relentless series of physical feats to be mastered. Kursk was inspired by an incident involving an explosion in a Russian nuclear submarine, but obvious effects – such as fortissimo clusters in the piano’s bass register – lack subtlety. Fear starts sweetly but Harvey so deconstructs the music that we are left dangling. In Homage to Liszt, the spiritual side of the old master eludes him entirely. City of Snakes provides…

A forgotten Aussie masterpiece, devils pelting the gluttonous and a Psychosonata – not your average piano recital.