Author Van Badham’s theatrical adaptation of George Orwell’s novella Animal Farmis a great showcase for the three female performers featured in this production: Andrea Gibbs, Alison Van Reeken and Megan Wilding, each of whom play multiple roles. Except for a slightly overlong section towards the end, the piece is choppy, with director Emily McLean keeping us jumping from scene to scene. Material alternates between televisual sketches projected onto a massive screen above the stage (designed by Fiona Bruce), or short exchanges and monologues on the forestage. All in all, it’s straightforward, engaging theatre. As political satire though it is odd if not downright confusing, suggesting an early draft of a more than usually surreal episode of Shaun Micallef’s Mad as Hell. 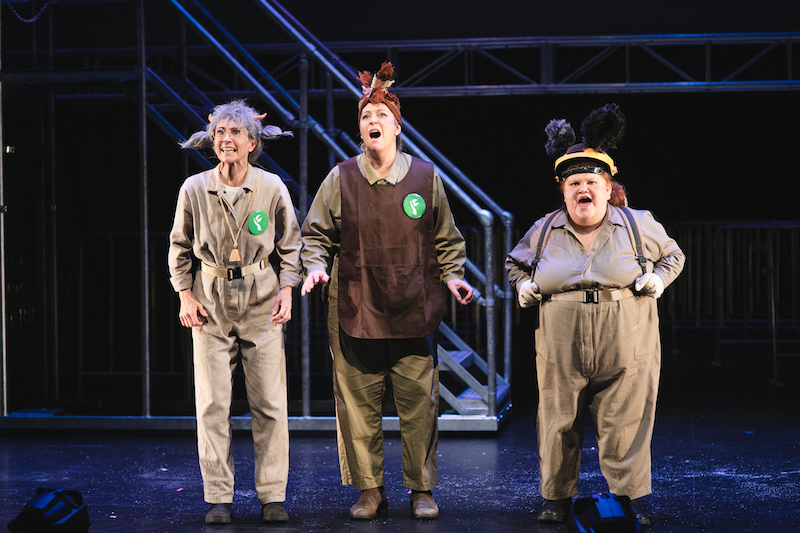 Orwell was an anarchist, and had little love for socialism, Stalinism, fascism or even wartime Britain. Although his novel 1984critiques both Nazism and the Soviets, Animal Farmwas unambiguously directed at Stalin. In the...

Ian Sinclair's new play about humans and their pets moves between screwball comedy and increasingly surreal diatribes delivered by the feline protagonist.