Benjamin Britten was producing seriously good works as a schoolboy before he went on to become England’s greatest composer since Purcell, although by the time he wrote Three Divertimenti, which opened the Australian String Quartet’s 2022 season, he was at the ripe old age of 23. 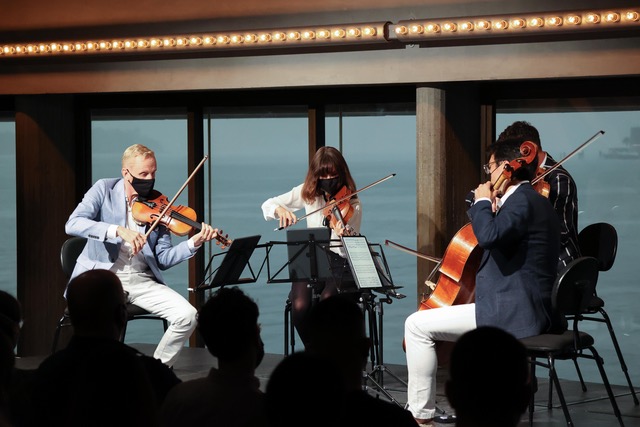 Another early starter was Australian composer David Paterson whose String Quartet No 1 – the third of his works to be commissioned by the Adelaide ensemble – was given its world premiere. Mentored by the late Richard Gill from the age of 12, he entered Newington College as a music scholar and won the annual prize for composition five years running.

Beethoven, on the other hand, had emerged from his early period into the full glory of his heroic middle period by the time he composed his ninth quartet, the Razumovsky No 3 Op. 59, which ended this concert in a blaze of sunshine.

Together the three works made for...