Richard Tognetti has been at the helm of the Australian Chamber Orchestra since late 1989. Over those years, we have heard his Bach frequently. “To a musician,” he has often declared, “Bach is God.” Tognetti has performed and recorded the concertos, the Brandenburgs, the chamber music, the masses, the sonatas for solo violin. Can there be anything else?

In the current touring program, the ACO explores many branches of the Bach family tree of composers, beautifully laid out in an extended essay by Nicholas Kenyon, the acclaimed author of the Faber Pocket Guide to Bach (2011). The ACO also presents a selection of composers who were influenced by JSB. There are literally hundreds more JSB tributes, many of which the ACO has presented in recent seasons, including Kurtág and Brett Dean. Nearly all, of course, cite his signature motif, B flat – A  – C – B natural (H), in German musical spelling. 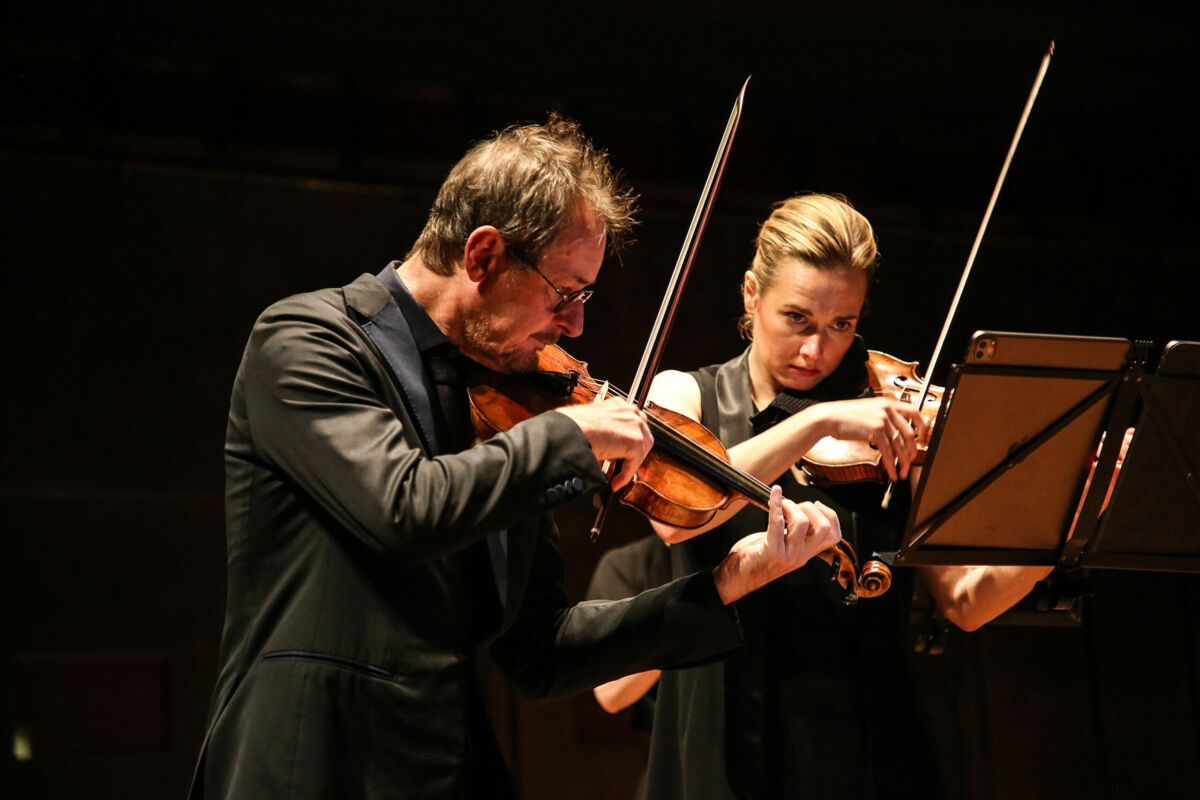 The ACO’s performance in Melbourne on Saturday evening got off to a somewhat rocky start. From the stage, Tognetti made some odd remarks about the first two composers in the program – Johann Ludwig Bach (1677-1731), third cousin of JSB and Heinrich Bach (1615-1692), JSB’s great uncle and grandfather of his first wife – making their “Melbourne debut”. If he was trying to tell the audience that there would be no break between those pieces, it backfired. Many of us spent the first 10 minutes trying to reconcile those off-handed remarks with the printed program.

The performances of those two pieces, an Overture in G, and a five-part Sonata in F, was a sparkling start to the concert by the 11 string players, bolstered by bassoonist and that exemplary keyboard player, Erin Helyard. They gave energised, bustling performances with appropriate tempi and a dash of textural colour. 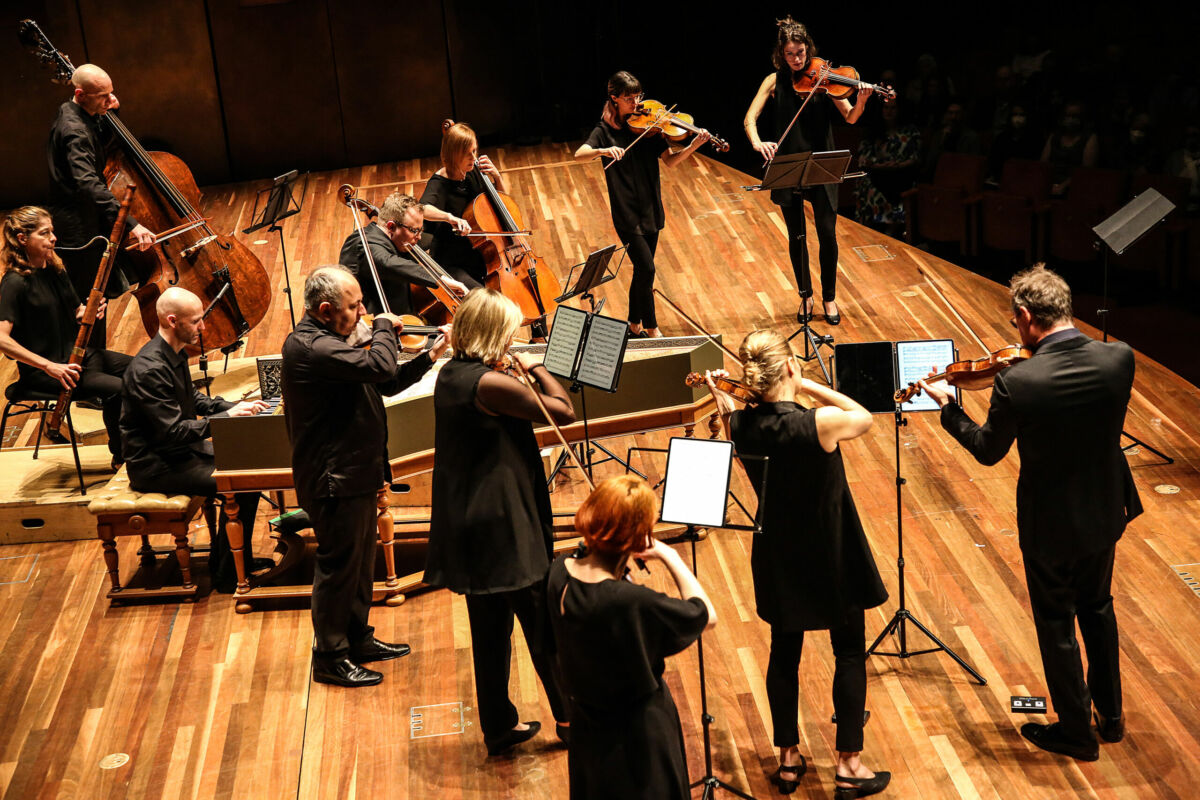 In 1865 Robert Schumann composed his Op. 60, a series of six fugues on the B-A-C-H theme for organ (with pedals). The ACO presented a short excerpt from the sixth of these, in an unattributed arrangement for strings (presumably Tognetti himself). A mere three minutes of bass-heavy, highly chromatic counterpoint made me grateful that there was no more than these few minutes of this curiosity. At least Schumann gave the ACO strings a chance to stretch their Romantic wings fleetingly.

The illness of mezzo-soprano Anna Dowsley necessitated a change of soloist for three vocal pieces. (A fourth, by Johann Christoph Friedrich Bach (1732-1795) had to be set aside on this occasion.) With only a few days’ notice, bass-baritone David Greco sang the solo roles in cantatas by Johann Christoph Bach (1642-1703) and JSB himself. Any opportunity to hear Greco is welcome, his richly burnished voice mastering virtually everything put before him. His decorative ornamentations in the repeat sections of the arias were thoughtful and tasteful, less so his attempt to bleed drama from tales of lovelorn passion. At times he seemed to step straight off the stage of a Pinchgut opera production. But his mezzo-voce expressivity, range and enunciation (even for non-German speakers, like myself) recalled memories of early recordings of Dietrich Fiescher-Dieskau.

For JSB’s Concerto for Two Violins in D Minor, BWV1043, Tognetti was joined by Helena Rathbone, sporting her recently-acquired 1732 Stradivarius, “Mr Dollfus” (does the ACO really boast three Strads in its armoury of violins?). Together they produced a cordial and respectful dialogue, rarely exciting, rather like JSB gently wooing his second wife Anna Magdalena. The string accompaniment seemed a little over-cooked and -coloured; I wondered if the edition for this performance had been created by Respighi. 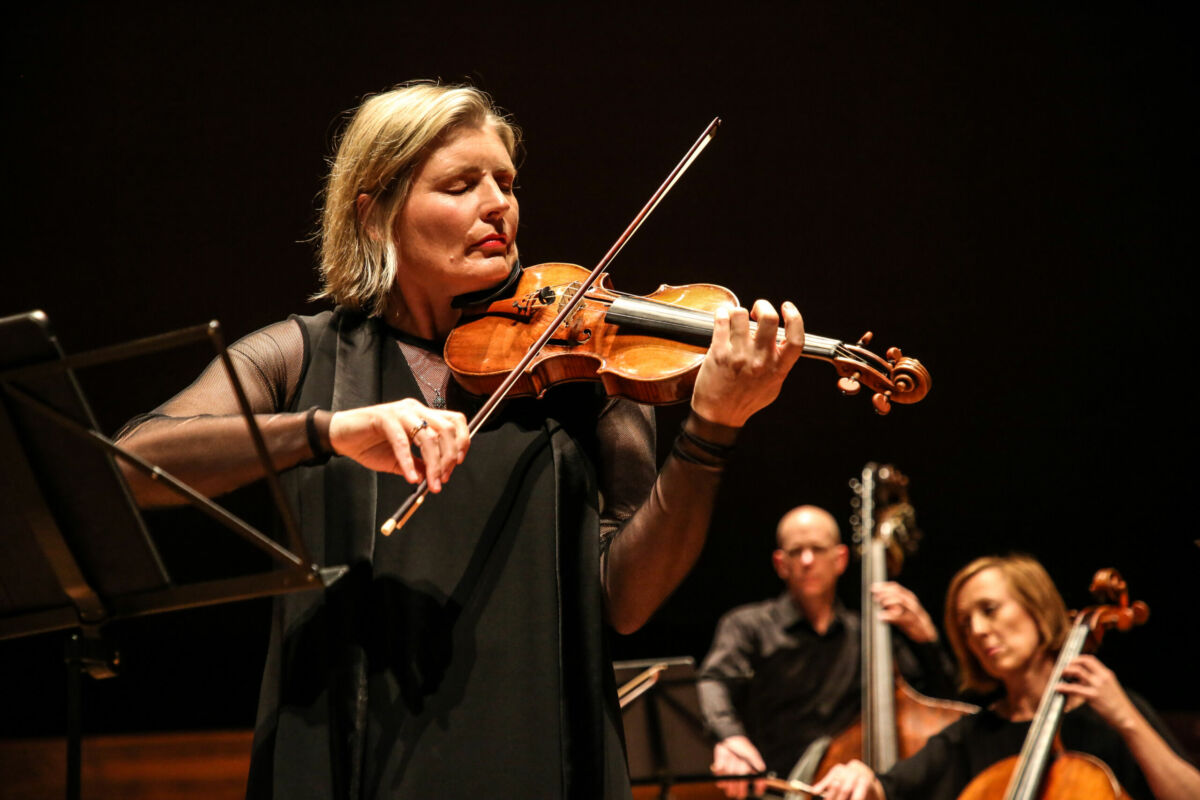 After intermission, the audience was lowered into the austere soundworld of contemporary Russian composer Sofia Gubaidaluna. Like Schumann, her short piece Reflections on the Theme of B-A-C-H essays those four pitches, but distributes them widely over the full range of the strings (again, no attribution for this arrangement of her 2002 pieces for string quartet, but it’s possibly the 2006 arrangement by Gidon Kremer). Without the warm bassoon sonority of Jane Gower, who retired for the remainder of the program, this was a welcome aural break from the Baroquerie, one that intrigued  sections of the audience due to its unfamiliar and unprepared language.

For the Andante movement from Mozart’s Piano Concerto No 12, K414, Erin Helyard momentarily replaced his harpsichord at the rear of the platform with a fortepiano at the front. The influence of the refined Vauxhall music of JC Bach, the so-called “London Bach”, was reflected in Helyard’s nimble and engaging playing, a delight to hear, as always.

It was the final item in this program, and at nearly 20 minutes the most extended, that provided even more delight and a surprise for many. The ACO’s Principal Cello, Timo-Veikko Valve, performed the rarely heard Cello Concerto in A, Wq 172, by Carl Philipp Emanuel Bach (1714-1788), my personal favourite of all the Bachs. Just as sunshine had dispelled Melbourne’s winter gloom during the day (all too short, as it transpired), this concerto introduced an element of levity and even fun into the music, with cheeky banter between cello and strings and a kind of technical come-uppance as the soloist challenged the band to match his virtuosity. But there was no real challenge; ‘Tipi’, as he is known among his many admiring colleagues, tossed off all CPE’s arpeggios and devilish runs effortlessly. 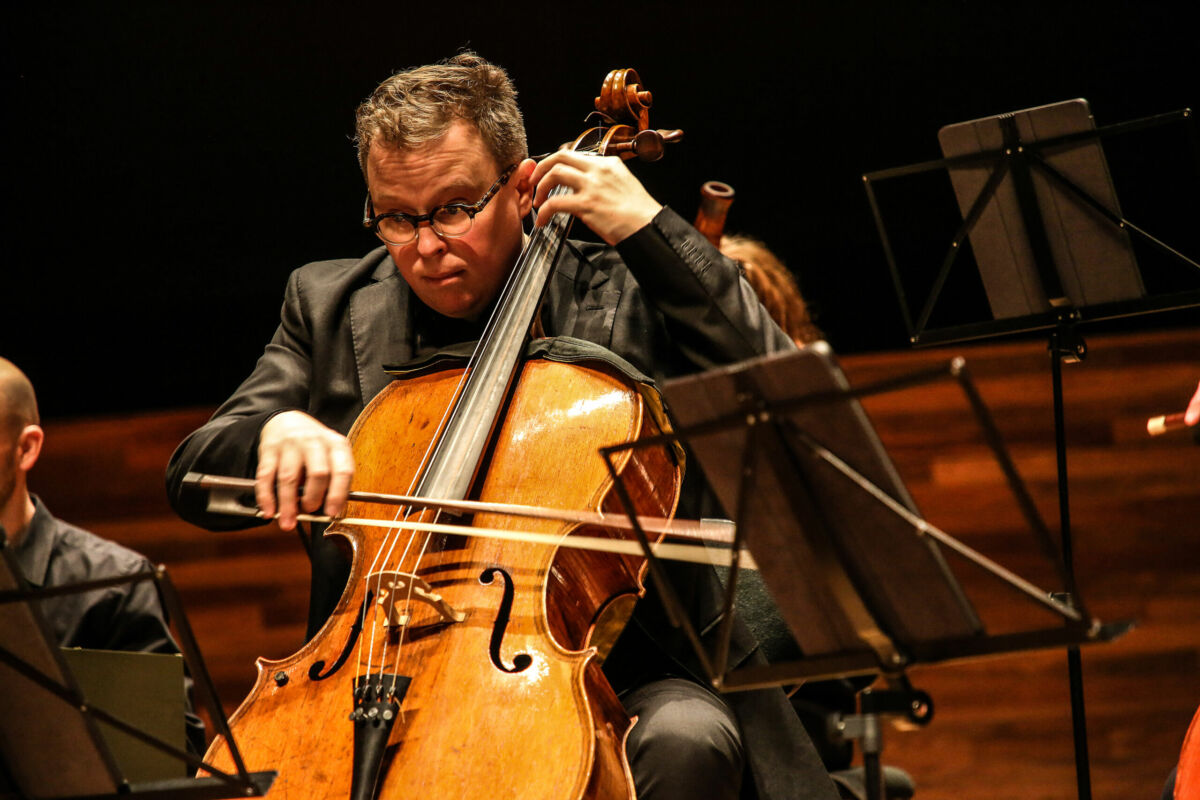 Overall, this was an enjoyable and mostly satisfying concert experience. Despite all, Bach remains supreme, and a boundless font of delight and revelations still to be explored by Tognetti and the ACO.

The ACO’s Bach program is touring nationally until 29 June, with performances to come in Adelaide, Perth, Sydney and Canberra. More information.