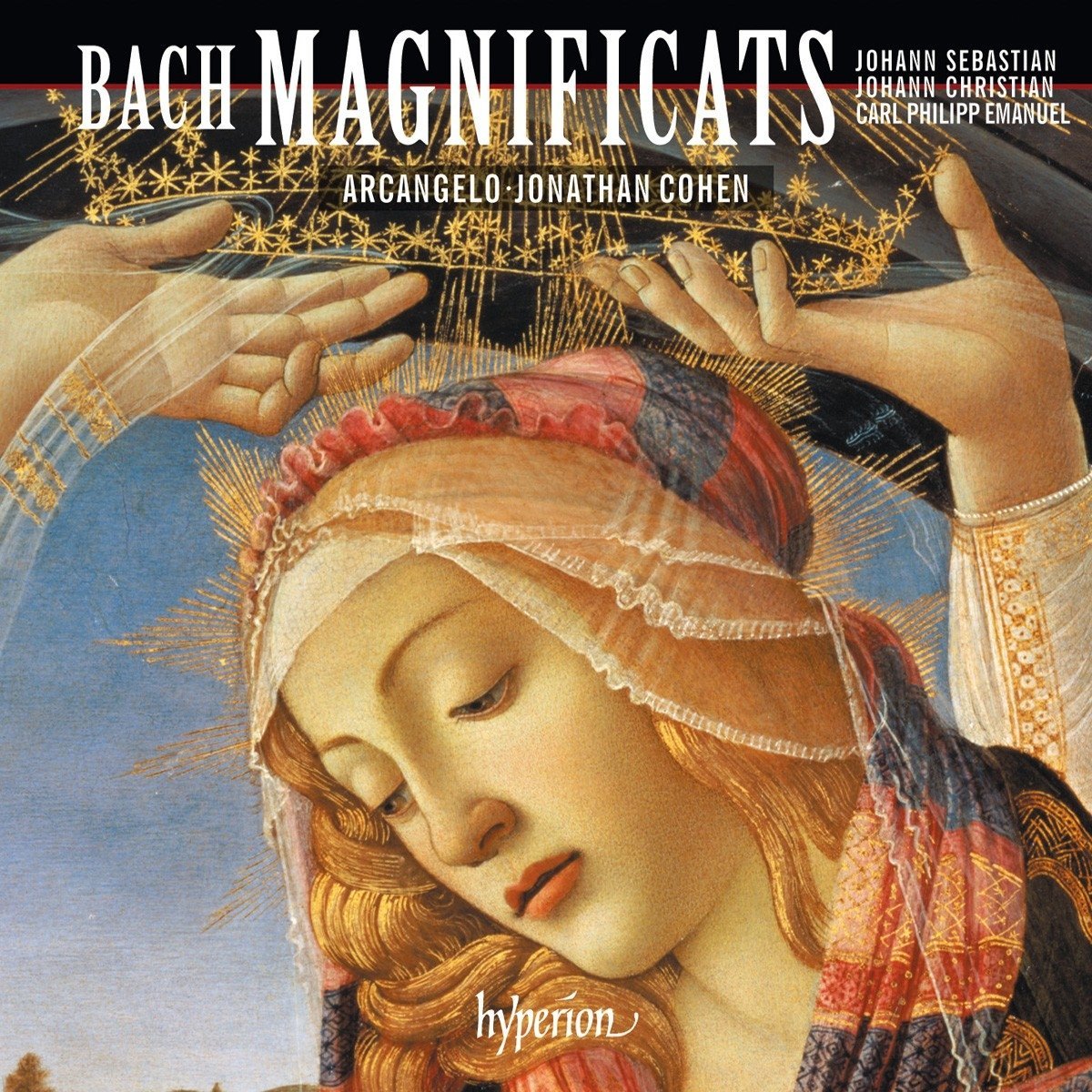 This release combines three settings of the Magnificat by members of the Bach family. It’s a joyful text, and the music correspondingly bursts with good cheer – trumpets and drums abound. The most familiar is JS Bach’s setting, written in 1723 when he became Thomaskantor in Leipzig. It was a chance to show off how well he could write and is for a large ensemble (five soloists, five-part chorus and orchestra). Arcangelo revel in Bach’s inventive writing. Suscepit Israel, for instance, unwinds hypnotically between three high voices and trailing oboe.

Johann Christian Bach’s setting is far more compact, with the whole thing done and dusted in ten minutes. Written in Milan, it’s more like a Mozart opera than anything usually associated with the Bach name. The solos by soprano Joélle Harvey are particularly scintillating here.

CPE Bach’s setting is an interesting concoction. First written in 1749, it was an audition piece to succeed his father as the Thomaskantor, though he didn’t end up getting the job. It’s in between JS and JC, with the solo movements pretty much discarding contrapuntal writing for Classical melodies, but finishes with a colossal double fugue.

Arcangelo and Cohen impress throughout, with a particular highlight being the wonderful blend of the powerful choruses. Hyperion’s usual sonic warmth certainly helps, too. A combination of Bachs sure to delight.

Zehetmair conquers the Everest of the solo violin repertoire.