It’s a bold move. To descend from the heights of the virtuoso Romantic piano repertoire – Chopin, Liszt, Rachmaninov et al – to lavish Petzold’s Minuet in G major with just as much seriousness and affection. To be fair, young Russian pianist and composer Daniil Trifonov’s latest recording The Art of Life includes, as its centrepiece, one of the most intellectually complex and challenging works a pianist can assay: JS Bach’s The Art of Fugue. 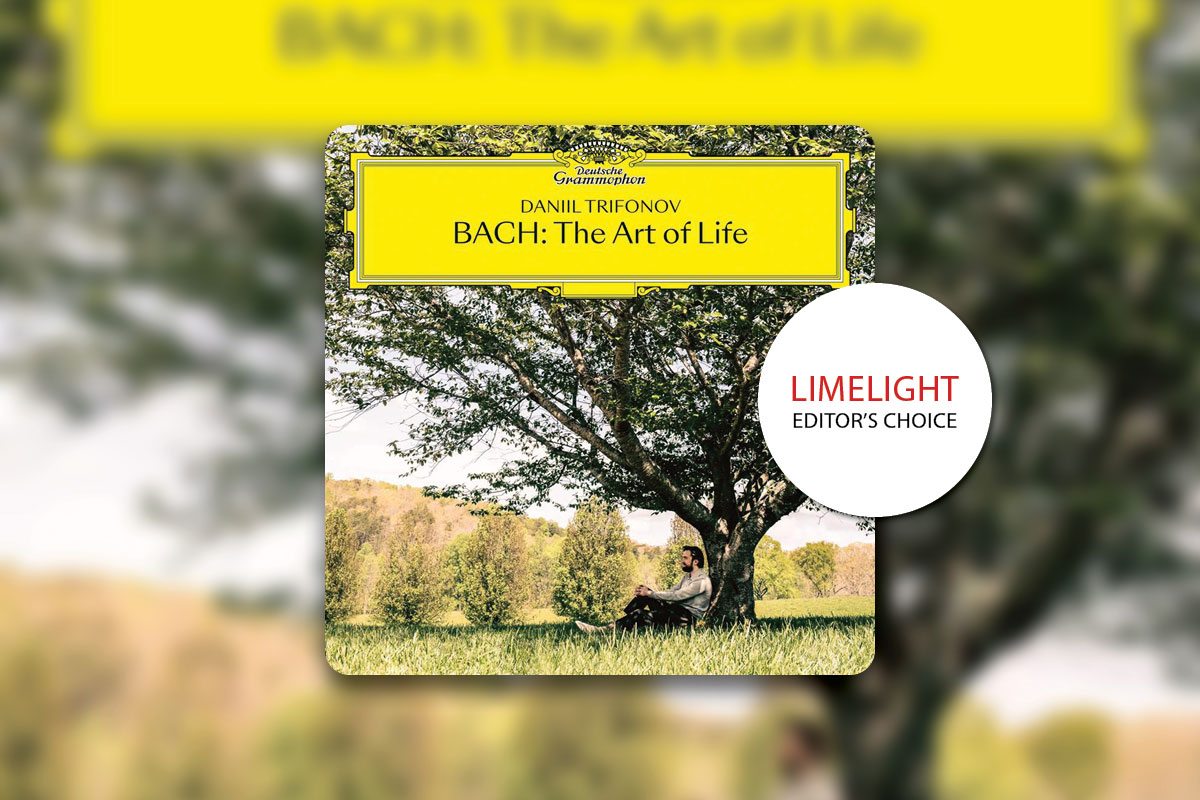 But how miraculous, yet how natural, how inevitable, to make those preceding selections from Anna Magdalena’s Notebook sound like Schumann’s Scenes from Childhood. And to precede those with the music, clothed in such variegated styles yet demonstrating the apple never falls far from the tree, of four of Bach’s sons, with works of varying styles and moods. And then, to bookend The Art of Fugue with Brahms’s arrangement for piano left hand of Bach’s magnificent Chaconne from the Violin Partita in D minor and Dame Myra Hess’s beloved arrangement of Jesu, Joy of Man’s Desiring.

In short, The Art of Life is one of those ingeniously conceived recitals that reminds you that life is at the heart of art. This is Bach the devout Christian. The humanist. The devoted father and husband. The gifted teacher. The philosopher. The scientist. Also, from Trifonov: “This album is, in many ways, about love: the romantic love between husband and wife; familial love between parents and their children; and love for the Creator.”

So much for the music of the Bach fils; not for Bach’s family c.1725, from which period dates the famous Notebook for Anna Magdalena Bach, as charming and useful (Bach père would have loved that so many subsequent generations of keyboardists have found pleasure and instruction in these modest pieces!) a family album as you could wish for.

There is the aforementioned Minuet, and many others, in major and minor keys, some also by other composers. There are also polonaises, a chorale harmonisation, the Musette in D and the beautiful love song Bist du bei mir from Stölzel’s opera Diomedes, with which Trifonov chooses to end the selection with such tenderness.

Choosing Brahms’ intimate Chaconne arrangement over Busoni’s more symphonic affair is perfect, with Trifonov skilfully teasing out the harmonic and polyphonic implications of the music in such a way as to recall the simplicity of the Notebook selections while foreshadowing the complexity of what is to come. That is, The Art of Fugue, in which Bach says everything there is to say about, well, everything. That’s to say, between the gently unfolding Contrapunctus 1 and the unfinished edifice of the 4-voice triple fugue that is Contrapunctus 14 – and part of which spells out Bach’s name – is a universe.

Seen another way, it’s just one simple theme responding to the expertly applied pressure of a complex musical language. Or is it the growth and development of an individual? If the latter, the final unfinished fugue cutting off suddenly, as some performers allow, is poignant. Trifonov, a skilled composer, however, chooses to complete the fugue, as yet other performers have done. Thus fulfilling the main theme’s destiny.

As much explorer and philosopher as pianist, Trifonov brings such a wealth of colour, texture and meaning to each movement (yes, that’s the right word, I think) that what in other pianists’ hands can sometimes sound monotonous or an intellectual exercise is here a gripping adventure. The vast sonic cathedral of Contrapunctus 6 (in Stylo Francese), sonorous and full of pathos. The excitement of the trill-laden Contrapunctus 8. The beautifully contained dynamics of Contrapunctus 10. The flowing mirror fugues of Contrapunctus 13… Always, Trifonov is conscious of the cumulative effects of exposition, development, episode… augmentation, diminution, inversion, stretto… all the elements that make a fugue capable of generating as much sheer drama as intellectual curiosity. And indeed, the cumulative tension generated by the increasing complexity of each movement is so great that Jesu, Joy of Man’s Desiring arrives like a benediction, especially under Trifonov’s healing hands.