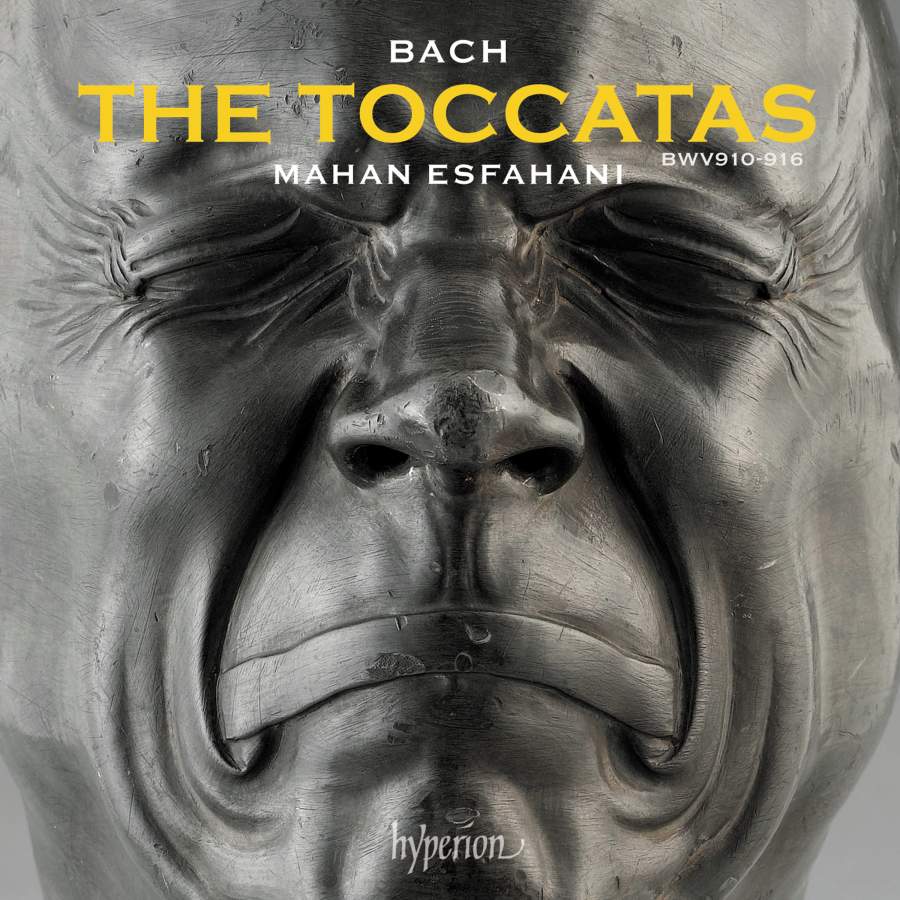 Mahan Esfahani is as thoughtful and provocative a writer as he is a musician. I’ve spent almost as much time reading and re-reading his booklet essays as I have listening to his performances. The reality is they’re two sides of the same coin, informing each other in a way literary analyses and texts rarely do. Maybe that’s because Esfahani is also a (re)creative artist, a co-creator. When, in the essay accompanying these remarkable performances, he writes of “scores so clearly in need of the (respectful) intervention – or, rather, participation – of a performer,” this is what he’s talking about.

I’ve highlighted lots of passages. Where Esfahani writes of the “ornamental habits” of the works’ copyists, including JC Bach the Elder. Of how Bach would never have been prescriptive when it came to the ornamental taste of the performer, and that there’s a difference between a specific rhetoric and the ornamentation “that helps to underline that rhetoric”. Most crucially, perhaps, of seeing “the combination of the earthy free sections of the toccatas with the highly abstract, ‘divine’ truth of the fugues as a meeting point of human imperfection and godly perfection.”

There’s another way of seeing that combination, which I’m not entirely sure Esfahani wouldn’t also entertain: that the freer, improvisatory sections are true expressions of freedom through divine inspiration; whereas the tyranny of the fugue represents the inevitability of fate. Listen to how he embraces Bach’s extravagant rhetoric in the first section of the F Sharp Minor Toccata, or indulges in a frankly theatrical accelerando in the D Minor Toccata, or savours the deep trills of the D Major’s slow section.

The use of generous fermatas, of an extremely flexible pulse, of phrasing, of embellishment is utterly consistent with a profound sympathy with Bach’s temperamental love of freedom, of independence. Then I hear the fugues. And I hear exactly the same thing. This time, however, there’s the sense Esfahani, as much as Bach, is intentionally labouring under self-imposed constraints in order to stimulate a heightened imaginative intensity. It’s really something.

Harpsichord wizard delivers all that is expected, and plenty more.

And so one of today’s most singular young harpsichordists comes to one of the most singular works ever written for the instrument, JS Bach’s Aria with 30 Variations, aka the Goldberg Variations. The legend, propagated by one of Bach’s great early biographers Forkel, is well-known. In 1741 an insomniac Count von Keyserlingk of Dresden commissions from Bach a work which the Count’s harpsichordist, Johann Gottlieb Goldberg, subsequently performs for his master to while away the sleepless hours. Now considered an apocryphal story, it is no less attractive for that. But one thing is true: that in the last century and this one at least, both exponents and listeners of the piano or the harpsichord have spent many an hour in thrall to one of Bach’s most original and grandly conceived work for keyboards. Whether playing Rameau and CPE Bach or Steve Reich and Górecki, the Tehran-born Esfahani always seems to be asking not whether he has something new to say about the music but whether the music has something new to say to him. In other words, a merely novel interpretation isn’t the endgame – though it may be a byproduct. The aria, a stately sarabande that encloses the 30…

Mahan Esfahani and the Harpsichord

Following his critically acclaimed Rameau and CPE Bach on Hyperion, Mahan Esfahani steps out in style on DG Archiv with this concept album mixing Baroque with Minimalism. I was a little alarmed at his relentless drive through Scarlatti’s La Folia Variations, but the mania is held in check by rigour and discipline. Gorecki’s Harpsichord Concerto is a strangely disturbing piece with its first movement infuriatingly like a broken-record while the second, a baroque mash-up, evokes Jerry Lee Lewis in a powdered wig. Esfahani is in his element in CPE Bach’s La Folia romp and his double tracked version of Steve Reich’s Piano Phase is a tour de force; stunningly accurate with the harpsichord’s pin-point precision helping to delineate the pattern as it shifts in and out of phase. The programme concludes with a magnificent account of Bach’s BWV1052 Concerto performed with intensity and gravitas, as befits a work of abstract intellect allied to sensuous pleasure. Esfahani’s articulation and subtle timing is a wonder, uncovering details that often fly by in the rush.  Concerto Köln fully supports his aesthetic with austere beauty of tone and focused rhythmic point. Their employment of a lute in the continuo makes especial sense in the…