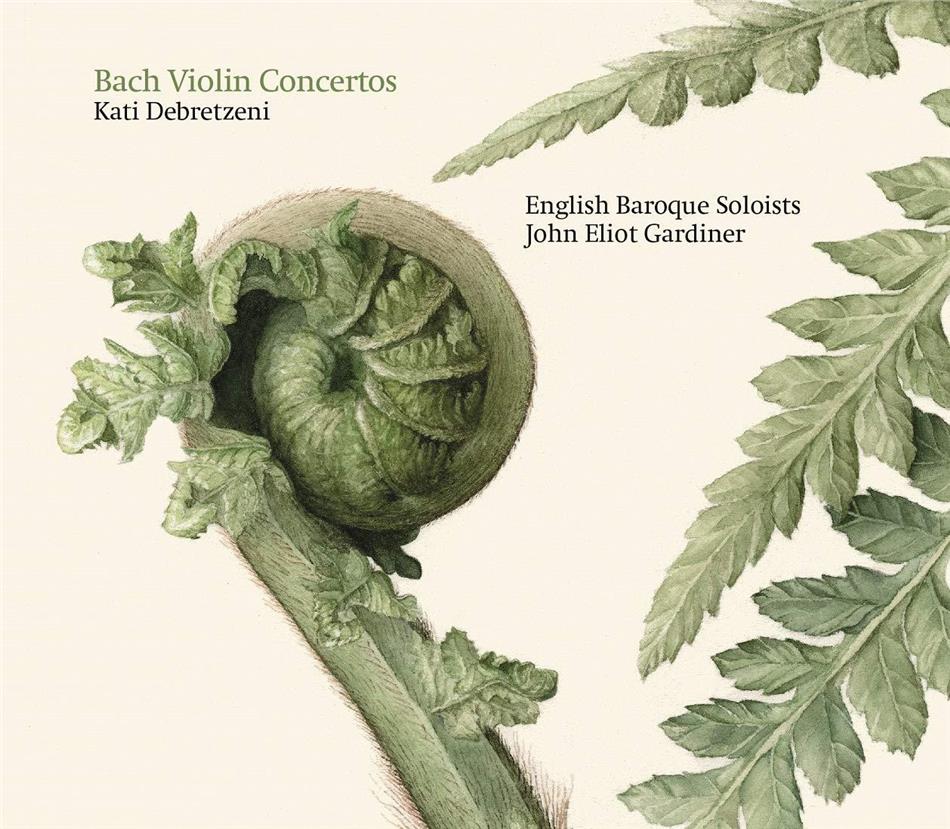 There are countless surveys of the Bach violin concertos to choose from but John Eliot Gardiner and the English Baroque Soloists have produced a beautiful disc which lifts the spirits and is hard to ignore. It features the band’s Romanian-born concertmaster Kati Debretzeni and pairs the A Minor and D Minor works with gorgeous settings of two of the harpsichord concerti – the BWV1052 and 1053.

Debretzeni has made her own arrangement ‘after’ the D Major 1053 work, given its premiere recording here, and explains in the liner notes how she went about it. As we know, Bach rearranged the keyboard concerti for different instruments and the result here is a magnificent addition to the solo violin canon. The album ends with Wilfried Fischer’s arrangement of the D Minor BWV1052 which has been extensively recorded as a violin concerto.

I could only find one other solo album by Debretzeni – Vivaldi’s The Four Seasons on Signum Classics in 2014. But she features prominently in the EBS’s stunning recordings of the Bach cantatas in 2000. Her playing combines unfailing accuracy with intelligence and nuance and these works are given a vibrancy and freshness that is hard to resist. Gardiner and his troops capture the playful and profound turns of the music admirably, and the listener can’t fail to be attracted by, in his words, “everyone sharing a palpable delight in the music-making”.