The Bach Akademie Australia commemorated the Passiontide with a triptych by JS Bach which premiered within the same week in Leipzig in 1725. Am Abend aber desselbigenSabbats,BWV42 ,debuted on 8 April, the first Sunday after Easter; Bleib bei uns, denn es will Abend werden,BWV6, debuted on Easter Monday, 2 April; the Easter OratorioBWV249, debuted on 1 April, Easter Sunday.

For the Lutheran citizens of Leipzig, the shock of hearing this grand and complex music was spread over a week. For the audience of the Bach Akademie Australia, it was compressed into 90 minutes of beautiful noise as Artistic Director Madeleine Easton conducted the eight voices of the choir and the 21-strong orchestra, led by Stephen Freeman, in which the oboe section were the undoubted stars. 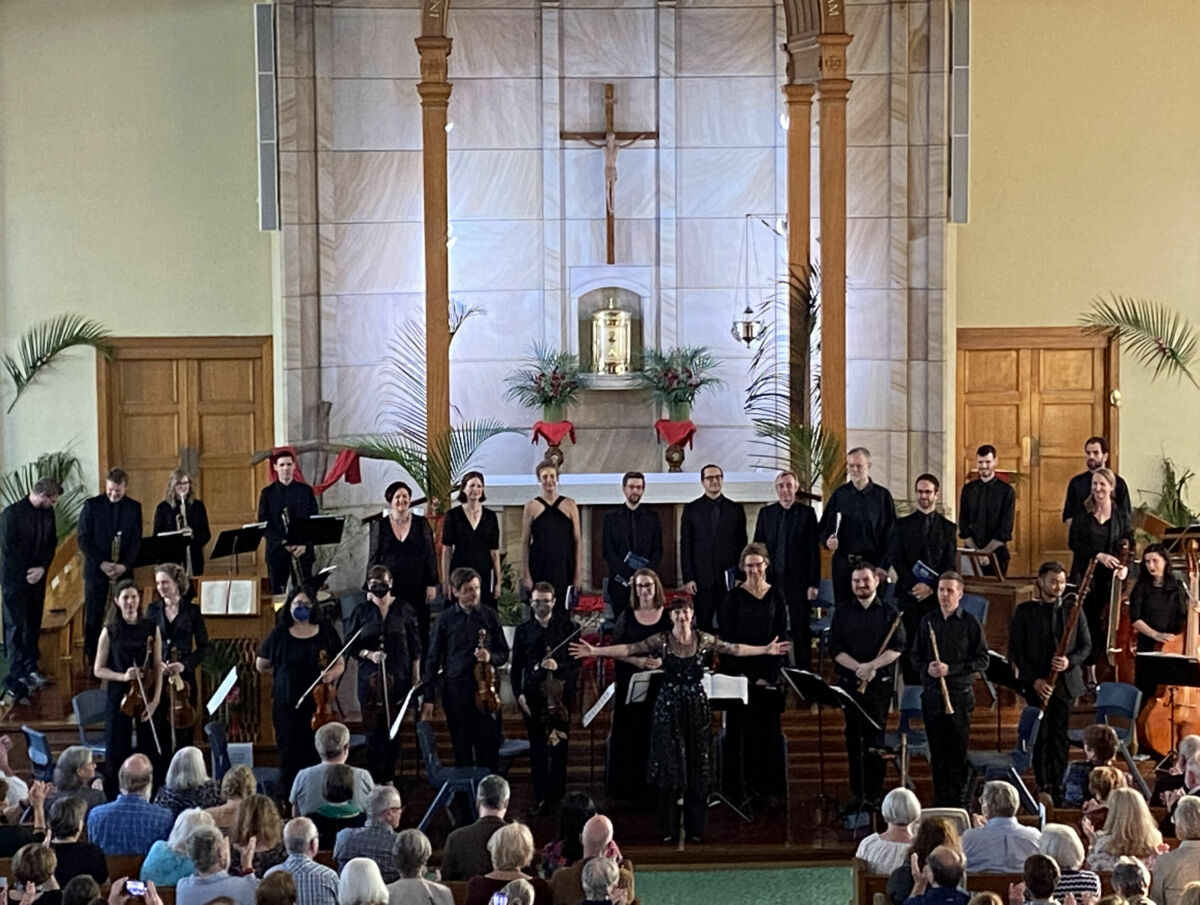 Bach’s BWV42is a seven-movement church cantata dominated by four vocal soloists and orchestra. The full choir appears only in the final chorus. The cantata is a plea for protection in times of trouble, and Easton’s tempi underscored the restlessness of the...