Balakirev is best remembered among pianists today for Islamey, one of the most fiendish pieces in the repertoire. Nicholas Walker reaches this famous, perhaps infamous, work in a milestone recording, the sixth and final instalment of his survey of Balakirev’s complete piano music. The British pianist embarked on his remarkable and to date unique journey in 2012, reaching its end in 2020. Now the Grand Piano label has brought all six discs together in a boxset. It’s an indispensable guide for anyone wanting to get to know the Russian composer’s work. 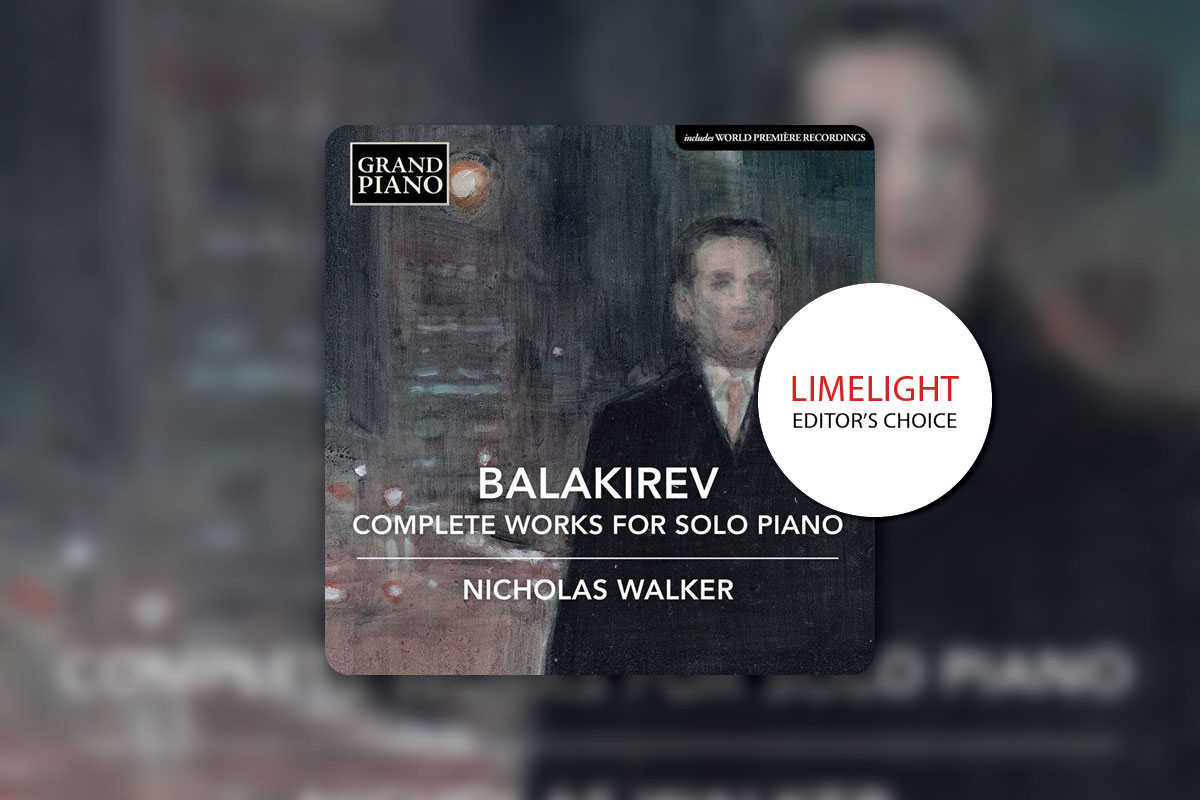 So who was Mily Balakirev? With not one, not two but three piano sonatas in B Flat Minor gathered on Walker’s first disc, we enjoy our initial introduction to a composer who did, it’s true, have a fondness for key signatures with many flats or sharps. There is a slight twist. Even though they span several decades, all the sonatas are related to one another – Balakirev often took his time over his work. We begin with the Piano Sonata of 1905, a work that emerges from the two earlier sonatas on the disc. It’s also indebted to Balakirev’s unrealised ambition to compose a symphony exploring the entirety of Russia: its landscape, politics, and folklore. This was a key aspect of Balakirev’s life and works: as unofficial leader of the ‘Mighty Handful’ group of composers, he was a champion of Russian nationalism in music.

Why write a Sonata, in that case, the most Germanic of forms? Balakirev did it in on his own terms, and its distinctive character is beautifully drawn out here by Walker. A softly spoken fugal movement is the unusual opener, followed by an emphatic Mazurka, a dreamy Intermezzo, and a finale that leads to a peaceful conclusion. So far, so individual. Walker does a sterling job of making the two earlier sonatas worth hearing too.

By disc two, we’ve moved into different territory, with a string of waltzes and nocturnes. Disc three is packed with mazurkas, and sprinkled with other familiar Romantic piano genres: think a Berceuse, a Reverie and a Capriccio. From the titles alone, you could well believe either of these were programs of Chopin – and indeed Balakirev was himself a wonderful pianist, a gifted improviser, a teacher, regular at salon soirees, and renowned Chopin interpreter. And if Walker finds here the singing lines and dancing rhythms that would also make Chopin sparkle, he balances it with Balakirev’s own Russian turn of phrase and tempestuous moods.

While many of the characteristic miniatures date from the final flourishing of Balakirev’s career, the Scherzo No 1, which opens disc four, is from his early days in 1856. And nowhere is the influence of Chopin and Liszt clearer than in this virtuoso experiment, which Balakirev later disparaged, but which Walker makes a strong case for with fleet fingers and a clear-eyed sense of direction. Even better on this disc are the second and third Scherzos, around which Walker weaves an assortment of pieces, including several with a Spanish flavour: the Fandango-étude, the Sérénade espagnole and the Mélodie espagnole.

Volume five is more of a pot pourri, but still hangs together as a program. Balakirev was a lifetime advocate of other composers’ music, and there’s a strong strand here of transcriptions and arrangements for piano, including movements from Chopin’s First Piano Concerto and two Beethoven string quartets. Walker’s playing is often exquisite, the sound ever more refined as the series progresses. In a nice touch, Walker programs an arrangement of Glinka’s song A Farewell to St Petersburg as the penultimate track, as we say goodbye to Balakirev’s world. But of course, only Islamey could be last, finishing the program with fireworks. It’s an impressive achievement, all round.