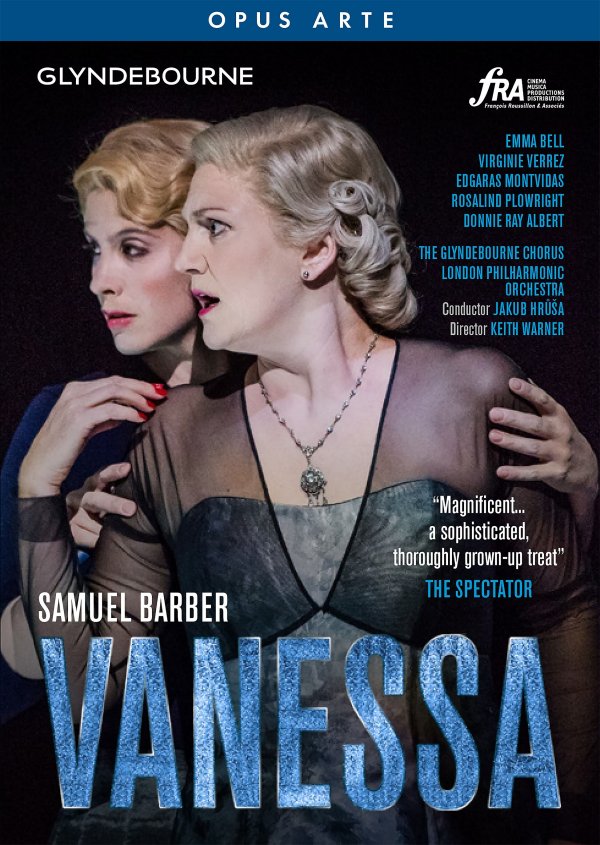 Samuel Barber’s Vanessa has had a chequered history. Applauded at its Met debut in 1958, it won a Pulitzer, but Europe didn’t take to its heart-on-sleeve romanticisms and cod-Ibsen storyline and it rapidly disappeared from view. Credit then to Glyndebourne for giving it every chance to shine in this handsome looking, well sung, if sometimes overthought production by Keith Warner.

Set in an unspecified “northern clime”, Gian Carlo Menotti’s highly strung libretto concerns three generations of women bottled up in an emotionally haunted manse. Vanessa has been waiting 20 years for the return of her lover, Anatol. When his son arrives instead (also called Anatol), she quickly transfers her attentions to the feckless young man who jumps at his father’s cast off (but not until he’s seduced her sexually emergent niece Erika). Meanwhile, Vanessa’s mother, the Old Baroness, shuffles round the house refusing to speak to anyone who isn’t true to their own ideals (i.e. Vanessa, but subsequently the hapless Erika as well). It’s all very Chekhovian, and Warner’s staging matches Barber’s attractive, if melodramatic music cheek by jowl. He also heightens the work’s ambiguities – might Erika be Vanessa’s child by the older Anatol? – though perhaps to less effect than he hopes. He also does little to make us warm to these self-absorbed, unlovely characters.

That said, Emma Bell’s Vanessa is well sung, her powerful soprano soaring over the fine orchestral playing of the London Philharmonic under the excellent guidance of Jakub Hru°ša. Virginie Verrez’s Erika is the star of the show, her voice clear and strong, her acting well-modulated. Edgaras Montvidas is a lyrical Anatol but a two-dimensional actor. Rosalind Plowright’s persuasive Old Baroness and Donnie Ray Albert’s poignant aging doctor offer strong support. Warner has taken his cue from Hitchcock, and there’s a filmic quality to much of this suspenseful production that makes it highly watchable. A more theatrically astute director, however, might have delved more subtly into the opera’s inner world.

Sir Mark Elder’s first-thoughts Puccini may well give you the willis.