It must be extremely difficult to narrow down an entire era of rich and eclectic music into just one evening’s worth of music. Baroque favourites; we’ve all got ‘em! Luckily for Perth concertgoers, West Australian Symphony Orchestra and Guest Director Shaun Lee-Chen curated an excellent mix of Baroque delights: crowd-pleasers, showstoppers and rarer gems. The inimitable Lee-Chen led the ensemble with equal measures of gusto and sensitivity,  and in exploring the outer limits of permissibility for the repertoire at hand, created some exhilarating moments. WASO also provided a couple of soloists of their own, Principal Flute Andrew Nicholson and Associate Principal Oboe Liz Chee, each taking on a concerto to honour Baroque wind repertoire. The evening was an entirely local affair of Perth musicians sounding nothing less than world-class. 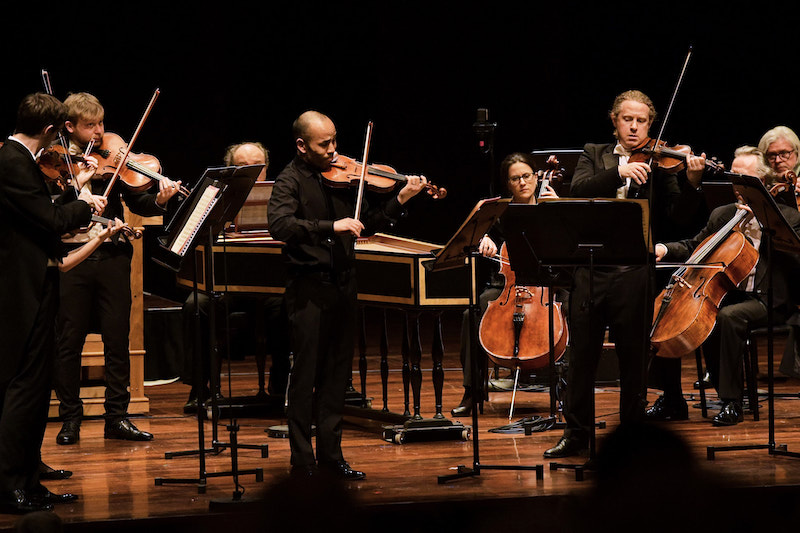 A reduced WASO string section with harpsichord (and the occasional appearance from the oboes, trumpets, and timpani) sonically slotted into an early music soundscape beautifully. Corelli’s Concerto Grosso Op. 6 No 4 was wonderfully balanced, with continuo-driven tuttis and colourful cascading tutti lines in the first movement bringing both cohesion and vibrancy to the mix. Pulsing accompaniment lines in the second movement of the Corelli and the second movement of the Albinoni Concerto for Oboe and Strings were paced well and sensitively wrought, and the dance-like movements of the Corelli and Bach’s Orchestral Suite No 3 were appropriately buoyant and lively. Blazing trumpets, singing oboes and an emphatic timpani rounded out the orchestration in Telemann’s Concerto for Three Trumpets and Strings in D Major and the Bach. The trumpets in particular really captured an evocative Baroque sonority, and the wonderfully punchy, straightforward sound and sheer power of brass in the Telemann ended the first half of the concert on a high.

Under the direction of Lee-Chen, the WASO musicians demonstrated their chamber music chops, responding to one another with the accommodation and flexibility of a much smaller ensemble. Particularly lovely in this regard was the interplay between Lee-Chen and fellow violin soloist Zak Rowntree in the final two movements of the Corelli – I spotted a wonderful set of matching grins here – and the upbeat fugue and weaving motifs in the final movement of Albinoni’s Sonata II a 5 in C Major. Crucially, the ensemble was compliant and flexible in the ‘riskier’ approaches to the repertoire, bringing a sense of modern liveliness to Lee-Chen’s artistic vision. The violent celli pizzicato in the third movement of Vivaldi’s Violin Concerto in A Minor were wonderfully refreshing, as were the harsher, artificial string sonorities in Vivaldi’s Concerto for Flute (‘La Notte’). 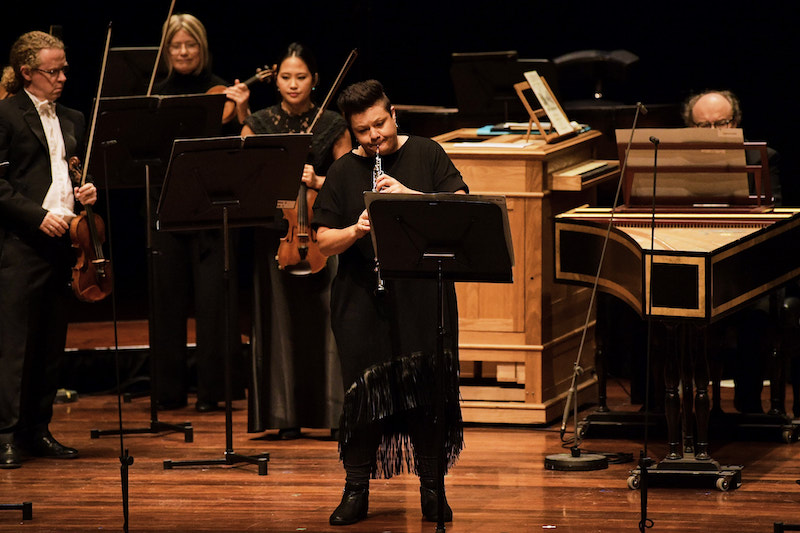 In addition to excellent ensemble work, the soloists of the evening were just as polished and engaging. Liz Chee’s performance of Albinoni’s Concerto for Oboe and Strings in D Minor Op. 9, No 2 was both exciting in the fast-paced outer movements and sweetly sublime in the middle Adagio. Chee combined the vitality and spring of a Baroque oboe with the dark and smooth tone of her modern instrument, the combination of which perfectly suited both fast passagework and soaring melodies. In a few of the solo passages, the oboe was slightly obscured at times by the continuo and violin obbligato, but this was rectified in the softer moments of the work where a conscious dynamic effort was made. In Vivaldi’s Concerto for Flute, Andrew Nicholson delivered a masterclass in the flute’s extensive colour palette, beginning with soft eerie sonorities in the opening Largo before going through pastoral purity, punchy, rapid staccato passages and sunny exuberance in the final Allegro. Nicholson was a wonderful leader in this concerto, and the back-and-forth interplay with Lee-Chen towards the end was particularly engaging. And Lee-Chen himself was an embodied soloist in Vivaldi’s Violin Concerto in A Minor, relaying an affective and sensitive approach to tonal centres and their associated colours in all movements, particularly the first.

Remarkably, despite the large number of works programmed, the digestible and compact nature of each work meant that the concert was of considerable substance yet not overly long (no audience fatigue detected here!) I look forward to seeing which works make the cut for the next Baroque Favourites performance held by WASO.

WASO's performance of Shostakovich's Symphony No 5 was met with rapturous cheers, as was the cheeky farewell to retiring double bassist Andrew Tait.

The West Australian Symphony Orchestra was particularly impressive with its splendid performance of Brahms' heroic Symphony No 1 under the baton of Maestro Asher Fisch.

A concert full of life from Thaddeus Huang and the West Australian Symphony Orchestra.