The aptly titled Ray Golding Sunset Series, named after the founder of the Australian Festival of Chamber Music, has been a favourite and popular component of this winter festival since its early days. One of the five on offer, the Baroque Magnifico offered two glorious pieces by Vivaldi and two by Evaristo Dall’Abaco plus Heinichen’s oboe concerto, and concluding with Corelli’s virtuosic Concerto grosso. 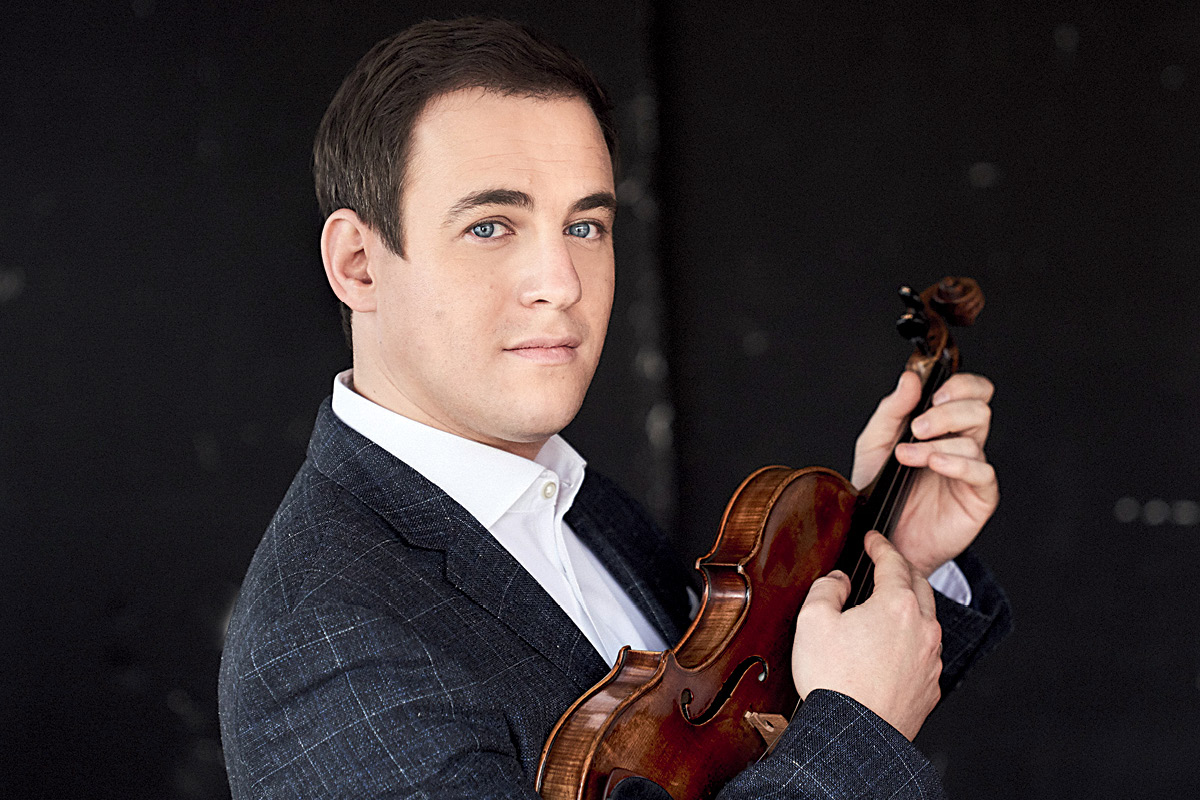 Vivaldi’s short Concerto in G Minor for Strings and Continuo RV 153 opened the concert with brisk playing from the strings, accompanied by a measured Donald Nicolson on harpsichord. Vivaldi composed it without much emphasis on the solo instrument, as was the case in the more virtuosic pieces of the period. Nevertheless, this work has an abundance of musical richness and colour with textural diversity that keeps the listener well engaged.

The opening Allegro movement showed off the splendid violin Baroque style from both Brigid Coleridge and Elizabeth Layton, whose collective animated playing carried the theme beautifully. They are both exceptional players. There was some light-hearted interplay with the first-rate viola of Imants Larsens, ably supported by some strong textural dynamics from the cello of Michael Goldschlager and the bass of Kirsty McCahon. The slower, more stately Andante movement offered a well-managed dotted-rhythm theme from the violins, which was reiterated by viola and cello. The final Allegro was invigorating, well played by the strings, led by Coleridge’s first violin, with its engaging contrapuntal fugal development in the final theme.

Vivaldi’s Concerto in F Major for Violin, Accordion, Strings and Continuo, RV 542 is an interesting work, probably originally written to showcase the organ, though the violin part is certainly virtuosic and just as important as the continuo. Here, Artistic Director and violinist, Jack Liebeck, chose to arrange it to showcase both the virtuosity of the violin alongside the continuo accordion of James Crabb. Collectively, the two instruments were quite effective and, for the most part, worked well together, especially when the accordion emulated the piano. It was less effective in sections where the accordion’s voice offered a more distinctly modern feel, seemingly about to break into a south American or French style of playing. Nevertheless, it was a well thought-through approach, while the versatility and flexibility of both these virtuosic players was a joy to watch.

The Allegro movement set a blistering pace, the sharply played violin of Liebeck strongly leading the string players of Natsuko Yoshimoto, Benjamin Roskams, Simon Oswell, Trish Dean and Kirsty McCahon, while Crabb ably kept pace, his accordion underpinning the strings with alacrity and power. The slow Lento movement was lightly paced, but here the dynamic between Liebeck and Crabb came to the fore with some marvellous interactions and a beautifully finessed ending. The string section took the thematic lead in the final Allegro movement, with astonishing trills, flourishes and arpeggios from Liebeck above some virtuosic playing by Crab. All in all, a satisfying piece.

Dall’Abaco’s Concerto a quattro da chiesa in D minor, Op. 2. No 1 for four strings, bassoon and harpsichord started with short sharp notes in the slow Largo, the bassoon of David Mitchell giving an excellent dynamic across the strong harpsichord of Donald Nicolson. The strings came into their own in the Allegro and Andante sections, with some fine playing by first violin Natsuko Yoshimoto and Benjamin Roskams on viola, and supportive depth of sound from both Trish Dean on cello and Kirsty McCahon on bass. The syncopated rhythms of the final Allegro assai were well-managed.

Two oboe concerts were offered in the program – one by Dall’Abaco and one by Heinichen, both played by the excellent Emmanuel Cassimatis.

Dall’Abaco’s Oboe Concerto in C Major, Op.5 No 5 opened with strings and bassoon in the Allegro movement followed by the solo oboe. Cassimatis’s gentle first notes quickly picked up speed, moving into a fast-cantering styled rhythm across the strings that was both exciting and colourful. The slower paced Grave movement was given over to the oboe, Cassimatis offering a lingering, yearning sweetness that was played with perfect intonation and sensitivity. It was good to see the strings, harpsichord and bassoon strut their stuff with brisk tempi in the Allegro assai, while the oboe came back into its own in the final Rondeau: allegro. Here, Cassimatis let out all the stops in a series of lovely rounded top notes, complete with trills and arpeggios that was impressive and very well delivered.

Heinichen’s Oboe Concerto in G Minor, S.237 offered a similar configuration of strings with bassoon and harpsichord supporting the oboe. A more complex work for the soloist, the opening fast Allegro with immediate arpeggios and trills from the oboe, progressively playing up and down the scale, offered a challenge. Here Cassimatis faltered a little but was ably supported by the strings. The Pizzicato (andante) movement involved unusual extended pizzicato playing from the strings, which gave a rather eerie feel to the work. Cassimatis’s oboe rose gloriously above the plucking sounds to produce a languorous finish. In the final Vivace section, the speed was quickened considerably, the oboe confidently leading the strings to a terrific conclusion.

The final work by Corelli is one of his finest, Concerto Grosso in D, Op.6 No.4, demonstrating the formal Baroque model of pitching the ‘concertino’ group of soloists (violins) against the ‘ripiendo’, in this case darker strings and bassoon. It was also an opportunity for Liebeck, alongside fellow violinists Coleridge and Layton, to demonstrate the exquisite virtuosity of their instruments.

The short Adagio gave way to an impressive Allegro where speedy violins pitted against the darker strings in a match for dominance. Here, Liebeck shone in some amazingly fierce, fast playing with impressively high notes, more than ably supported by Coleridge and Layton. The exuberant musical colour produced by the violins was terrific, demonstrating a powerful dynamic and interplay between the two sections. The slow Adagio created some luscious harmonies across the strings, while the triple-time Vivace re-introduced some exciting competition between the two groups. The final Allegro brought the whole to a marvellous conclusion, with some amazingly high notes from the virtuosic Liebeck. It was a great ending to both the program and the concert.

The Australian Festival of Chamber Music runs at various venues around Townsville until 7 August.