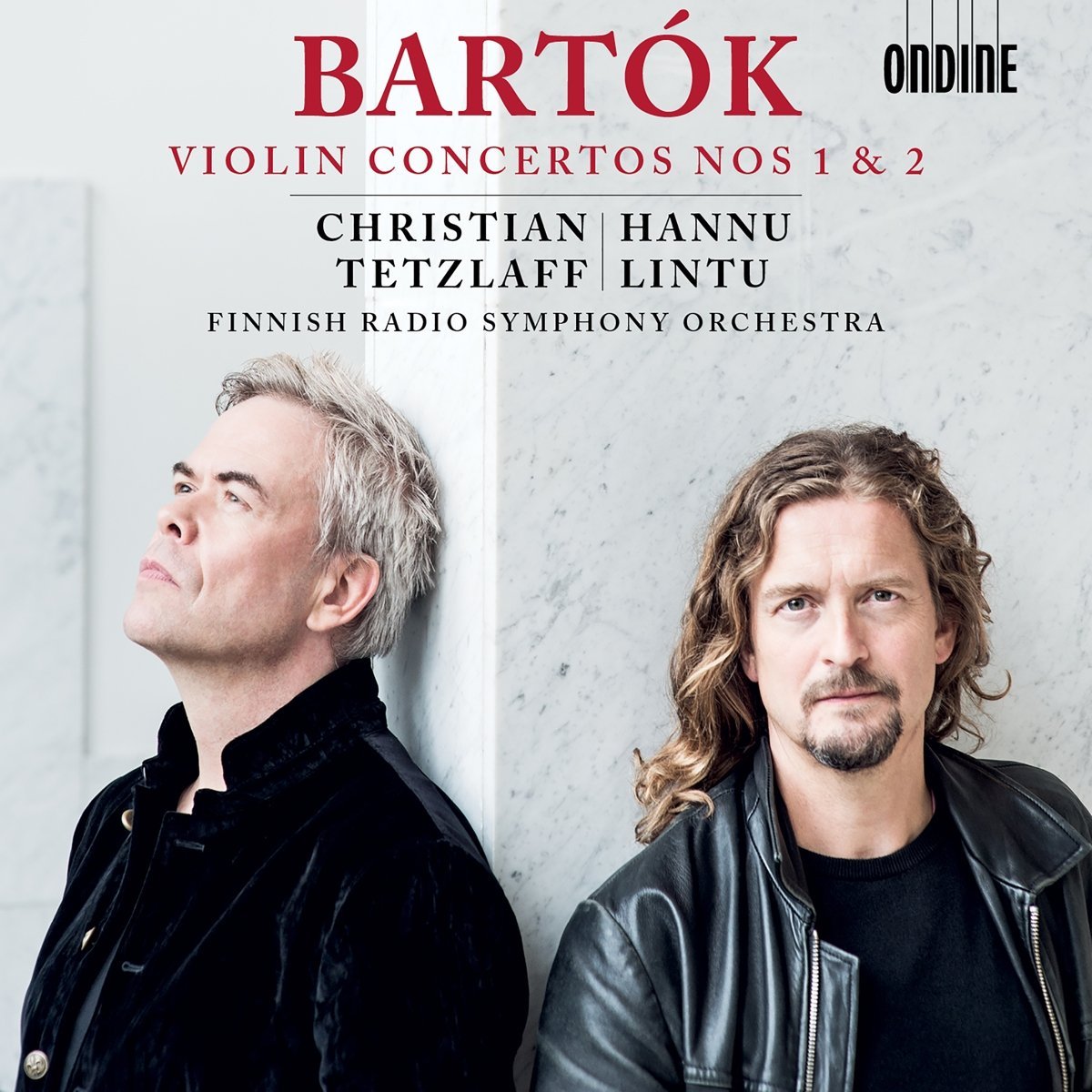 Christian Tetzlaff has proven Bartókian credentials: his account of the sonatas with Leif Ove Andsnes is a reference recording and his gaunt, uncompromising reading of the Second Violin Concerto from 1990 in collaboration with arch-modernist Michael Gielen made quite an impression. His new recording is an even more detailed forensic examination but with the expressive intensity ramped up, aided and abetted by state-of-the-art engineering that puts the listener in the front stalls so you hear every strand of rosined hair on strings.

Tetzlaff uses every resource of tone and colour to shape the phrase yet never pushes over the edge to vulgarity. Lintu and his superb Finnish players support him with a red-blooded reading – the first movement’s skirling wind outburst at 4’ is startling – or elsewhere illuminating many subtle sonorities.

Tetzlaff’s settled long-term relationship with the work is everywhere evident – the cadenza a perfect balancing act of dramatic rhetoric and impetuosity. Despite his close proximity, his poise in the second movement’s opening is heart stopping and the recording captures every detail from the gentlest timpani taps down to the conclusion’s merest wisps of tone on the edge of audibility. The finale is a spectacular romp, the woozy dances evoking The Wooden Prince or the rasping trombones an echo of the Mandarin’s tormentors.

As on his first recording, Tetzlaff prefers the less flashy original ending sans soloist – Lintu gives a final burst of adrenaline by allowing the brass to let rip. This time around, we also get Tetzlaff’s take on the First Concerto – an early work, posthumously published, and a very different beast of a gentler nature.

Tetzlaff keeps the tension taut throughout the opening movement’s lyrical outpouring, building to a climax of Schoenbergian transfiguration before ripping into the concluding movement with hot-headed abandon. Flinging off phrases with relish, this is a reading of firm conviction.

Once shunned by flash and dash violinists as box-office poison, there has been a recent spate of  recordings by the current generation of adventurous, intelligent virtuosi – if I had to flee the burning building, it would be a toss-up between this and Isabelle Faust’s superb account. Or would I take Patricia Kopatchinskaja’s daring revelatory reading? Those who prefer an elegant, romantic approach would do well with Renaud Capuçon’s recent account on Erato. Rich pickings to be had.

The German violinist on the rewards of an unusual pairing for his latest release, which is Limelight's Recording of the Month in December.

Italian violinist grills a pair of concerti, one well-done, one rare.

Review: The Beauty of the Violin (Lu Siqing, Melbourne SO/Northey)

Bright violin playing, if the backing could be less like backing.

Von Otter joins a Finnish cast for a new look at some old songs.

Konstantin Shamray brought plenty of pyrotechnics to this performance with the Adelaide Symphony Orchestra.