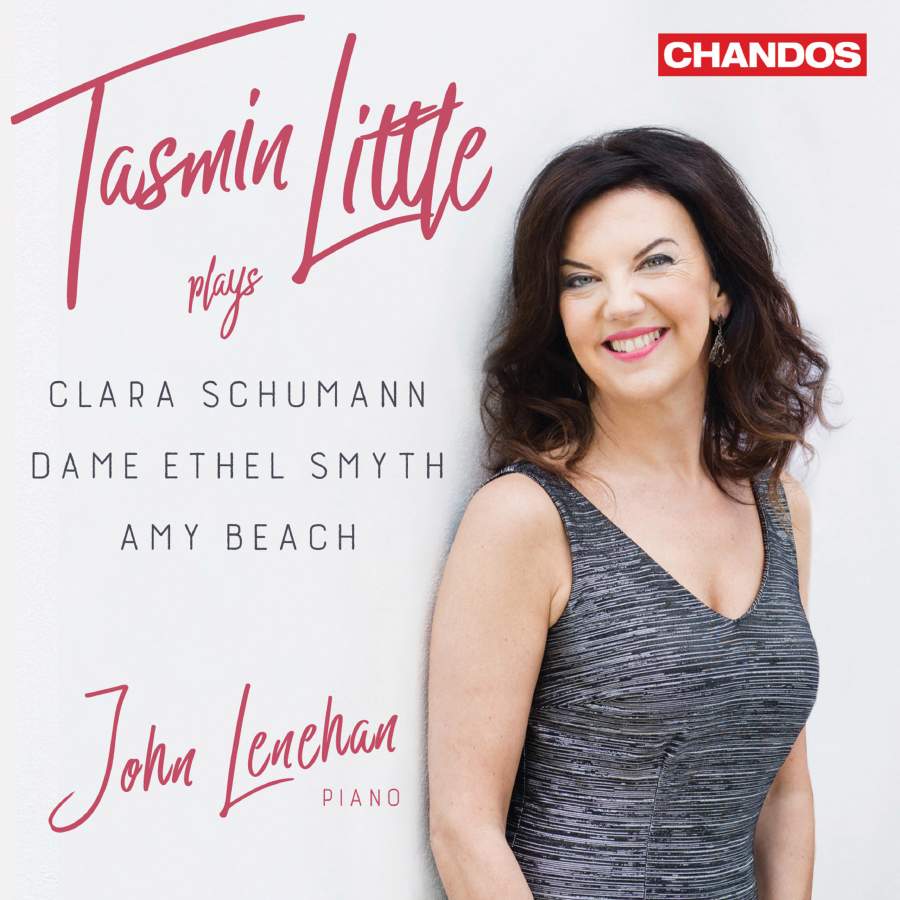 When the Soviet Union started disintegrating in the late 1980s, music by composers we had seldom, if ever, heard was taken up by Western concert promoters and record labels – Arvo Pärt and Henryk Górecki prominent among them – and our arts culture was thereby enriched.

There seems to be a similar boon with the recent prominence of the gender equality debate – why it is still a ‘debate’ and not a fact remains a moot point – and women composers whose works were often admired by the musical giants of their time are slowly emerging from the gloom of neglect into some well-deserved sunlight.

Clara Schumann’s Three Romances for violin and piano are well known and have appeared on several recordings. Dedicated to Joseph Joachim, they were written in the summer of 1853 when she and Robert moved into a house in Dusseldorf, which allowed her enough space to compose without disturbing her husband.

American composer and pianist Amy Marcy Cheney Beach (1867-1944) is perhaps the star of this album. Many consider her America’s best female composer and her Sonata for Violin and Piano turns up on a dozen or so recordings over the years, while that of Dame Ethel Smyth (1858-1944) – a campaigner for women’s suffrage who was championed by Clara Schumann and admired by Brahms, Grieg and Tchaikovsky among others, and who wrote literature when she became too deaf to compose – only appears on two recordings that I could find. Smyth studied in Leipzig and her String Quartet and this Sonata, dedicated to Mendelssohn’s daughter Lili Wach, were both performed at the Gewandhaus.

Coincidentally both sonatas are in A Minor and both are influenced by Brahms and Robert Schumann, but retain a strong individual voice. Beach’s talent for soaring lyricism is exploited not only in the sonata but also in two exquisite miniatures which close the disc – the Romance, Op 23, and Invocation, Op 55.

Little’s touch is warm and faultless throughout this lovely program and there is a strong chemistry between her and Lenehan.

Both Beach and Smyth composed large-scale works – including symphonies and operas – and after hearing this disc many listeners will want to explore their lives and music further. All credit to Little and Chandos for shining more sunlight on them.

Little Delivers a lot: The British violinist is all shine in polished Polish concertos.

All spaced out at the orchestra when TSO and AYO play The Planets.

Editor’s Choice – October 2014 I’ve long considered William Walton’s First Symphony as equal to Elgar’s two masterworks, although seriously underrated as one of the pillars of 20th-century symphonic repertoire. It also marked one of the great “breakthroughs’  in 20th-century music, when Walton served notice he had broken free of the louche, epicene aristocrats of his early creative life – from Bright Young Thing to Angry Young Man. I recently heard Walton’s music described as “tame”. I suggest the writer consult an audiologist.  The First Symphony’s greatest recording is almost universally judged to be André Previn’s 1966 LSO, all the more amazing since Previn’s exposure to British music had been minimal. The composer’s own recording of the work with the old Philharmonia in its palmiest days was also excellent (giving the lie to the notion that most composers, except Bernstein, made lousy interpreters of their own scores). Previn’s reading captured the rubber-on-tarmac, pedal-to-the-metal velocity, brilliantly maintained tautness and rugged glamour, not to mention one of the best “travelling tunes” ever composed. “Tasmin Little brings out the mercurial shifts in Walton’s marvellous score” Edward Gardner doesn’t surpass Previn in any of these but gives a performance that is, nonetheless, impressive and…