The first time Anna O’Byrne was involved with a production of the musical My Fair Lady, she played violin in the school orchestra, while her older sister Katie took to the stage in the starring role of Eliza Doolittle. O’Byrne was terribly shy at the time, so she tucked herself away in the corner of the violin section, where she could “hide in the music”.

That’s where O’Byrne begins her new solo show Becoming Eliza, in which she discusses auditioning for the role in Opera Australia’s 60th anniversary production in 2016, finally landing it several months after initially being told she hadn’t been cast, and rehearsing it under the direction of Dame Julie Andrews, the original Eliza. 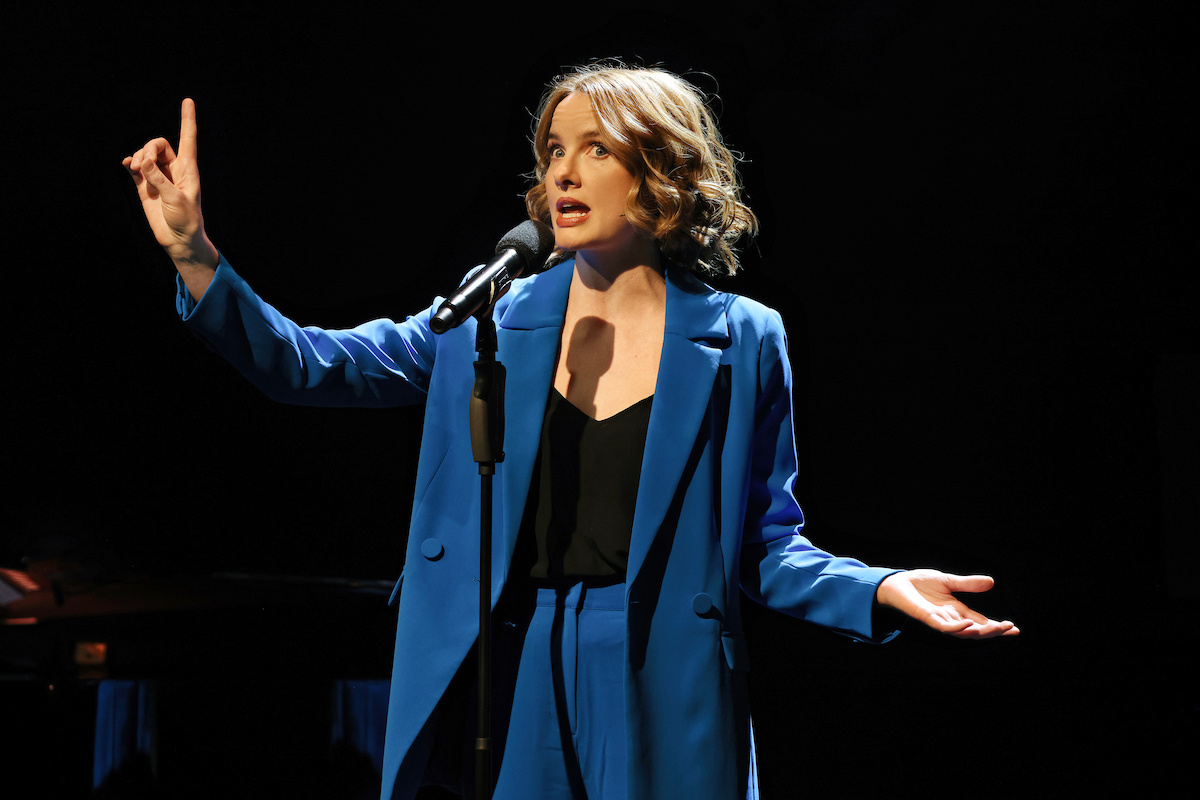 Produced by Sydney Opera House in association with Enda Markey Presents, it’s an intimate show, in which O’Byrne skillfully relates her experience, revealing personal doubts, fears, revelations, joys and insights. In an interview with Limelight, she explained that during the rehearsals, she scribbled notes in the margin of her script so she wouldn’t forget what happened, and that the idea for Becoming Eliza took root from that.

While that is the spine of the show, she branches out to discuss various ideas pertaining to her journey. She discusses her shyness and how she loves to “hide in plain sight” when playing a character, what it was like to “live with” Eliza for two and a half years, and her fascination with how a fictional character can have such an impact on you (Eliza, she says, “made me more of a feminist”).

She traces the story back to the Greek myth of Pygmalion and its various incarnations over the years from WS Gilbert’s 1871 play Pygmalion and Galatea to George Bernard Shaw’s 1913 play Pygmalion to Lerner and Loewe’s musical My Fair Lady (with details about how the musical got its name).

She discusses living in London and her keen awareness of the class differences there, and how Eliza’s resolute determination to improve her situation still feels relevant in its reflection on class, gender and overcoming adversity.

O’Byrne has a natural poise and a lovely turn of phrase – the way she describes Dame Julie glowing as if she has her own personal spotlight, for example.

She is very honest about her struggle to nail the Ascot scene, and uses Michelangelo’s quote, “I saw the angel in the marble and carved until I set him free”, to explain how she came to realise that she needed to free herself from all the voices in her head – including Dame Julie’s – to release her own (Helpmann Award-winning) version of Eliza. 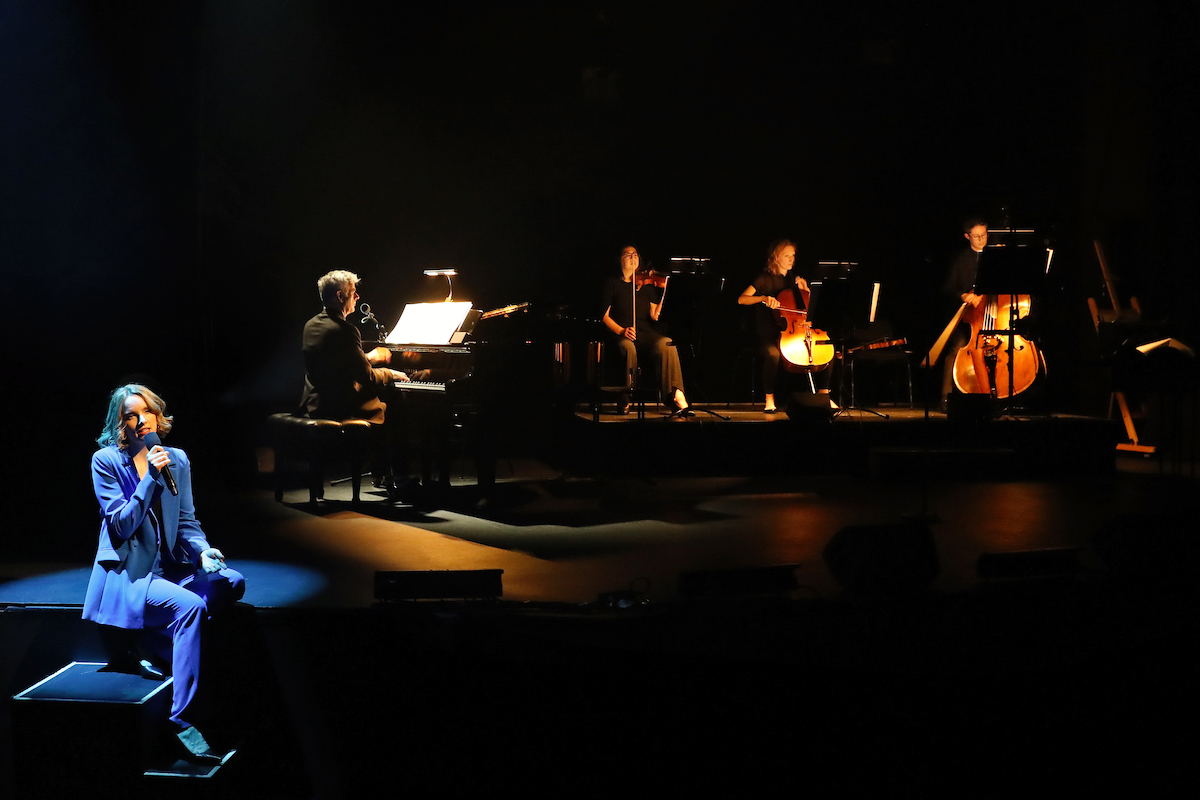 The show uses well-chosen songs, either performed in the past by Julie Andrews or taken from musicals she was associated with, among them Burlington Bertie, Wouldn’t It Be Loverly, the euphoric I Could Have Danced All Night, Sister Suffragette from Mary Poppins and Thoroughly Modern Millie, among others.

Coping with her disappointment when she is told she hasn’t landed the role of Eliza, O’Byrne sings a moving version of Smile Away Each Rainy Day, and she concludes with My Ship, which she tells us is one of Dame Julie’s favourite songs.

O’Byrne has a shining, silvery soprano and a beautifully modulated speaking voice with warm vowels and crisp consonants not too dissimilar to Dame Julie herself, whose voice she captures convincingly.

Directed by Sharon Millerchip, the show is well paced with a nice balance of vulnerability, gentle theatrics and vocal virtuosity, and O’Byrne – dressed in an eloquent cornflower blue trouser suit – beguiles us with her warm, welcoming presence and her honesty.

She is beautifully supported by Musical Director Guy Simpson on keys and a string trio. (Simpson just happened to be Musical Director of OA’s My Fair Lady so was directly involved with O’Byrne’s journey).

Becoming Eliza plays in the Playhouse, Sydney Opera House until 12 June, and at UKARIA, South Australia on 19 June.