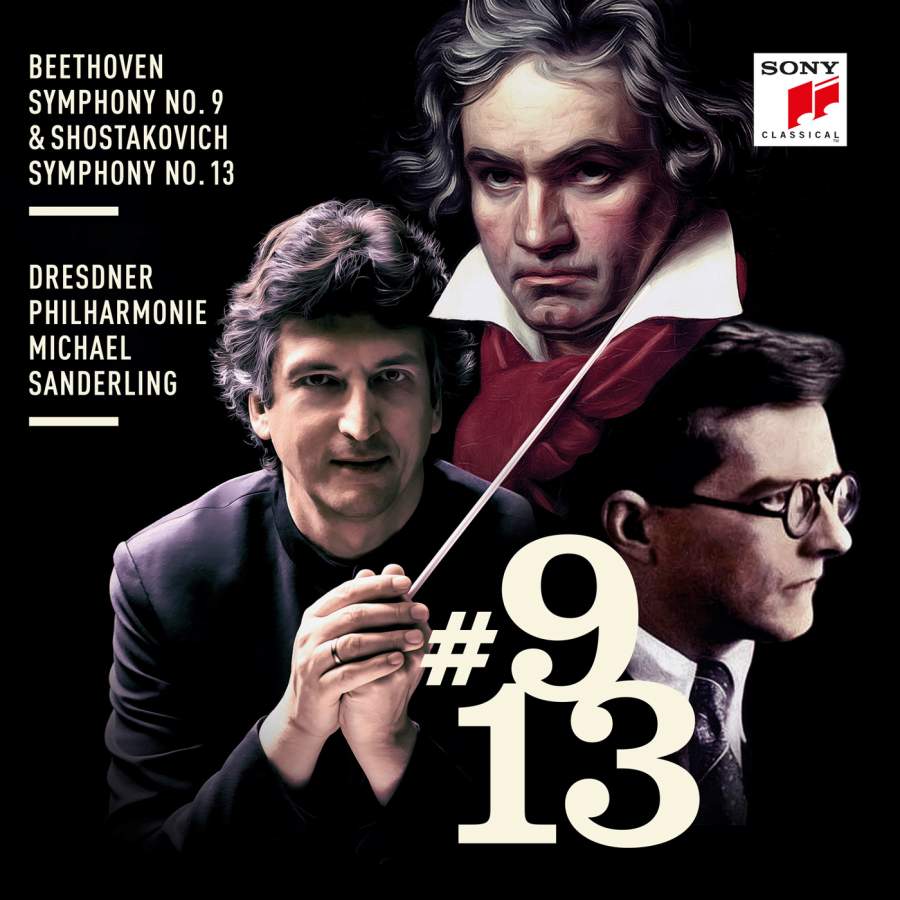 A short review of this release could be expressed as a simple contradiction: “All men shall be brothers.” “No, they won’t.” Two more divergent views of the human condition in music can hardly be imagined than these symphonies – a journey from anguish to fiery affirmation in Beethoven, and a despairing, defiant survey of misery, suffering and genocide in Shostakovich. Which is precisely the point of this release, part of the ongoing Beethoven/Shostakovich cycle by Sanderling and his Dresden orchestra.

Sanderling’s reading of Beethoven’s epoch-making symphony is a little low-powered. It’s not that he distorts anything, or that he lacks commitment. There is just not enough fire in the belly, so that key moments do not sound as significant as they should. The bass soloist in the finale, Torben Jürgens, is fairly light-voiced, in keeping with the rest of Sanderling’s reading.

With the triumphant final chords of Beethoven’s Ninth ringing in your ears it takes a giant aesthetic leap to enter the grief-laden landscape of Shostakovich’s symphony which is, if anything, even more politically charged than Beethoven’s. After all, the emotions Beethoven expresses through Schiller’s text, although grounded in political reality as Beethoven understood it, are aspirational; Shostakovich, through Yevtushenko’s poetry, is exposing an open wound. The serpentine politics surrounding the work’s 1962 premiere are explained in the booklet that accompanies the discs.

This reading of the 13th may not be the most visceral ever (that would be Kondrashin’s, thick with anger), but it is still devastating. There is primal anger in the opening movement, and the second (Humour) still cuts like a knife. Bass Mikhail Petrenko is an outstanding soloist and the sound of the Estonian National Male Choir is accurate, focused and richly dark. It’s good to see a big record company invest in an unpredictable and thought-provoking release such as this, and one in which, as they say in the movies, “no expense has been spared.”