For obvious reasons, Beethoven’s semiquincentennial celebrations were a virtual non-event but this piano concerto cycle, originally intended as the culmination of the London Symphony‘s Barbican celebration went ahead anyway, recorded in St Luke’s Church, socially distanced without an audience. 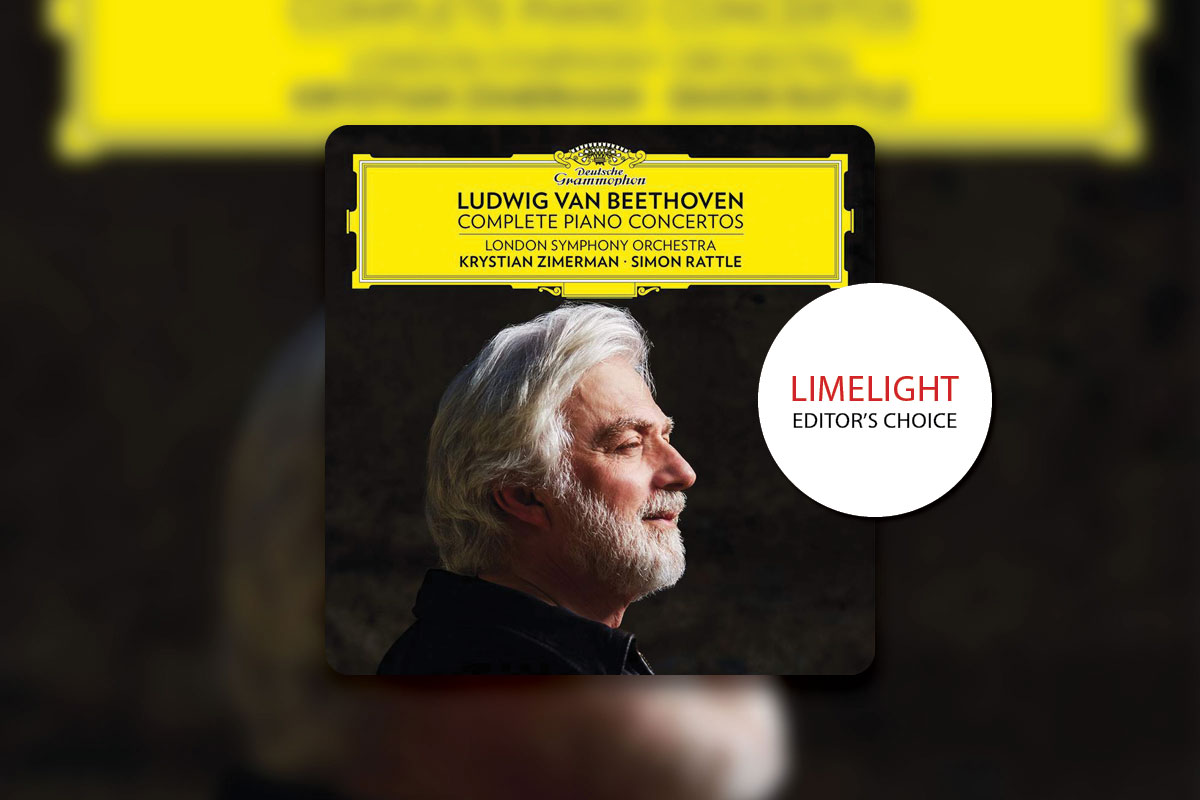 I’d forgotten Krystian Zimerman’s incomplete cycle with Bernstein and the Vienna Philharmonic in1989 (incomplete because Bernstein died before they could record the first and second concertos and Zimerman subsequently recorded the first two directing from the keyboard). I was curious to compare both cycles.

The LSO has always been London’s lean and mean ensemble (the Philharmonia, by contrast, the more aristocratic) but I was delighted to hear this repertoire performed by a ‘real’ orchestra strutting its stuff. There is such sprightly charm, confidence and sheer panache in the first tutti in the opening of the first concerto, without any appearing to succumb to the depredations of social distancing, although the strings do sound a touch scrawny at the opening of the Fourth Concerto for some reason.

The truth is, Zimerman’s approach seems to have...

Two comprehensive collections of a conductor at the top of his game.