It’s been six years since we’ve had a new recording from Mitsuko Uchida. Nevertheless Uchida, now in her early 70s, shows no signs of slowing down, with a busy concert schedule ahead of her. And anyway, her Diabelli Variations have been worth the wait. It reminds me of Claudio Arrau’s magisterial second recording, made in 1987 when he was 82. Perhaps it’s one of those works that requires a certain maturity to do it full justice? Actually, not necessarily, and I’m not alone in thinking that Piotr Anderszewski’s remarkable, orchestrally conceived 2018 account is one of the best around. 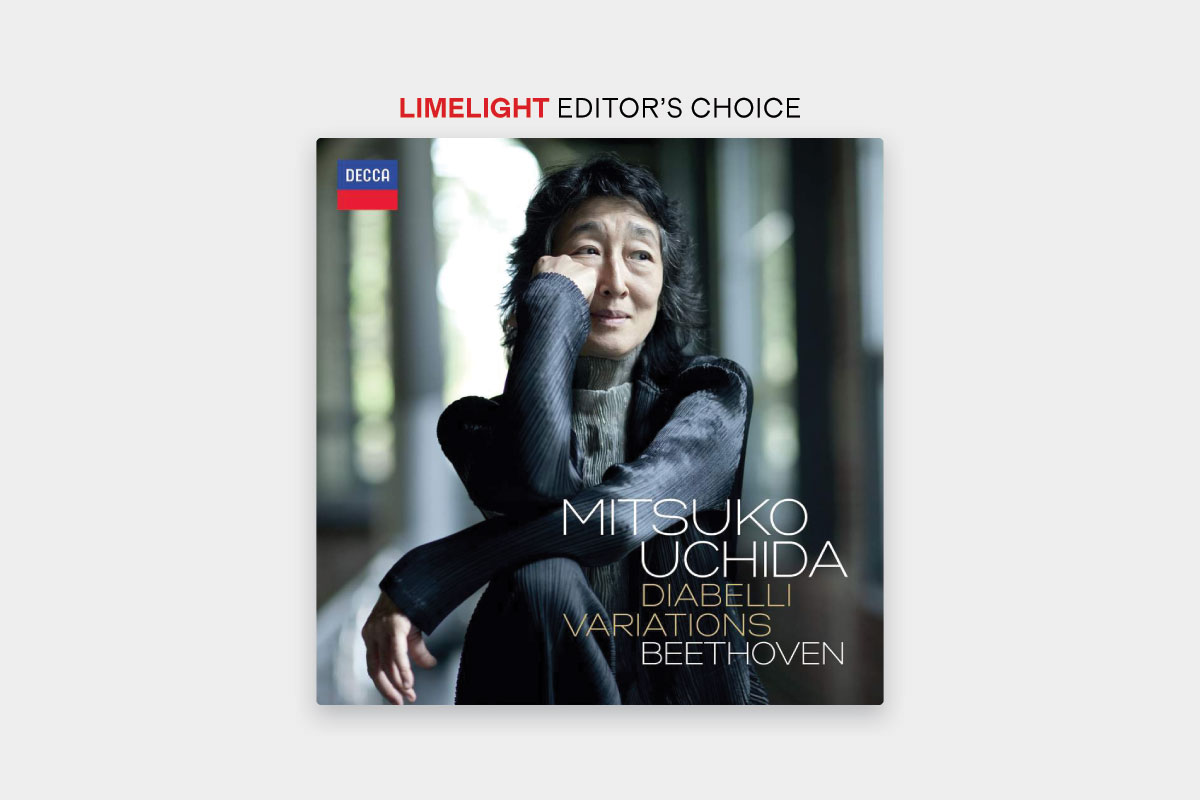 But back to Uchida. Her pre-eminence as a thoughtful and richly engaging interpreter not just of Beethoven’s piano music but of Mozart’s, Schubert’s and Schumann’s is unassailable. (I mention only composers relevant to the Classical and Romantic styles here; Uchida’s Debussy, for example, is equally impressive.)  And it will only be enhanced by this new recording of one of the greatest masterpieces of the piano repertoire. Which, incidentally, in having as its basis an innocuous waltz by the pianist, guitarist and music publisher Anton Diabelli, proves yet again that the most unprepossessing of raw material can have the most profound implications. Think, for example, of Beethoven’s famous, and famously simple Fifth Symphony motif.

The comparison with that other great set of keyboard variations, Bach’s Goldberg Variations, is appropriate, too, and one that was made by Diabelli himself in his advertisement his first, 1823 edition of the Diabelli Variations: “…and altogether all these variations, through the novelty of their ideas, care in working out, and beauty in the most artful of their transitions, will entitle the work to a place beside Sebastian Bach’s famous masterpiece in the same form.”

Like Beethoven’s music, Uchida’s playing holds unity and variety in exquisite tension. From the clear, characterful opening Tema, with just a hint of rubato, you know this isn’t going to be an ordinary ride. The following Alla Marcia maestoso is less pompous march, more grand overture with a wink. Variation VI’s trills thrill with an exciting intricacy that point towards Variation XVI and the two later fugues. Variation XII has the fragrance of a Chopin Etude. Variations VI, IX, X and XV raise the puckish spectre of Mendelssohn. The rhetorical silences amid the crashing chords and contrasts of Variation XIII are well-judged, profound.

Beethoven was, in harkening back to Baroque compositional styles and procedures for some of these slow movements, and obviously the fugues, was no doubt equally aware of this. Which only lends his music an extra saudade, as much as Uchida’s interpretation, where her total mastery of tone, of colour, of phrasing, of articulation, of textural perspective, is on full, refulgent, display.