Czech horn virtuoso Ondřej Vrabec (b. 1979) was so happy with the results of his last recording for Sheva Collection (British Works for Horn, SH241) that he asked its two featured composers whether they would each write him a horn quintet. Robin Holloway (b. 1943) and his former student Peter Seabourne (b. 1960) gleefully agreed, producing two of the three world premieres presented here. 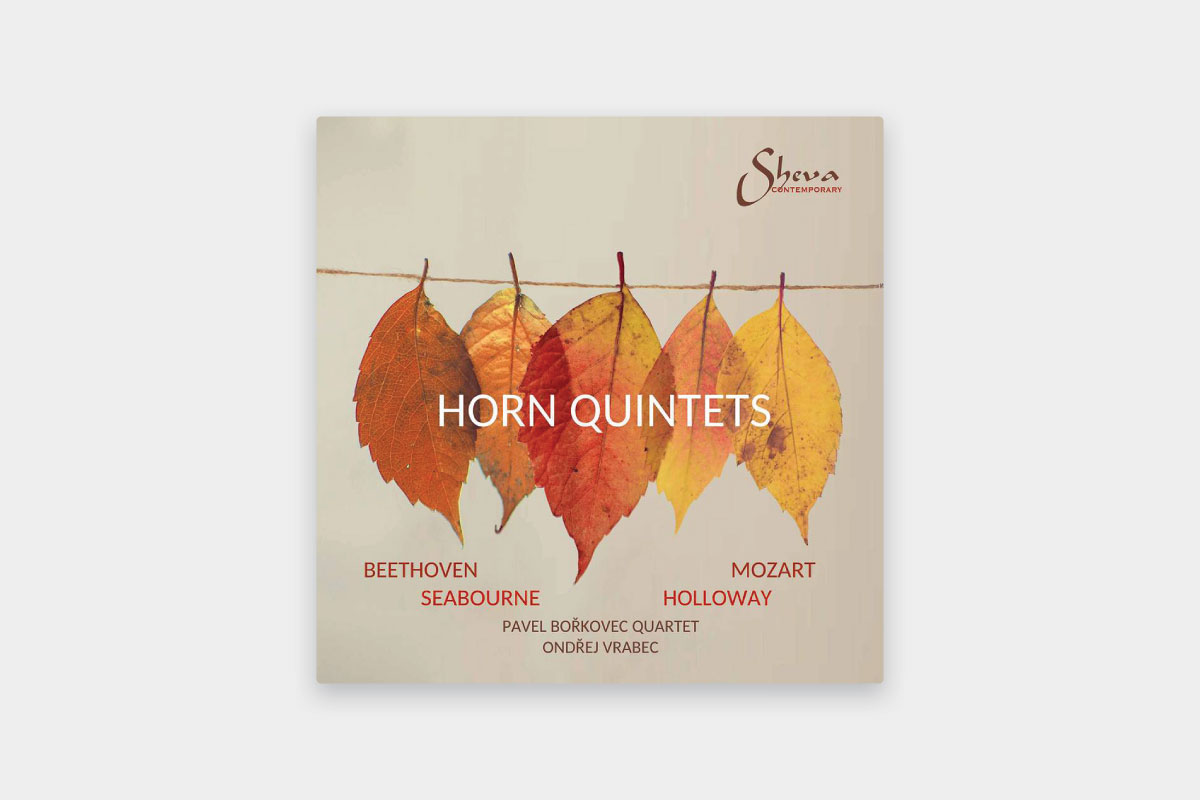 The other is, surprisingly, a Beethoven horn quintet – originally composed as a Horn Sonata (Op. 17), then transcribed for string quintet by Bohemian oboist and composer Carl Khym (1770-1819), with cello taking the horn part. Sebastian Comberti, principal cellist with the London Mozart Players, has now rearranged this version for horn and string quartet, reinstating the horn part.

Also included in this set is Mozart’s Horn Quintet K. 407 which, like the Beethoven work included here, was originally written for the fiendishly difficult valveless horn, which obliged the player to produce notes between natural harmonics using hand-stops.

It’s a beautifully balanced program in which the stately elegance of...