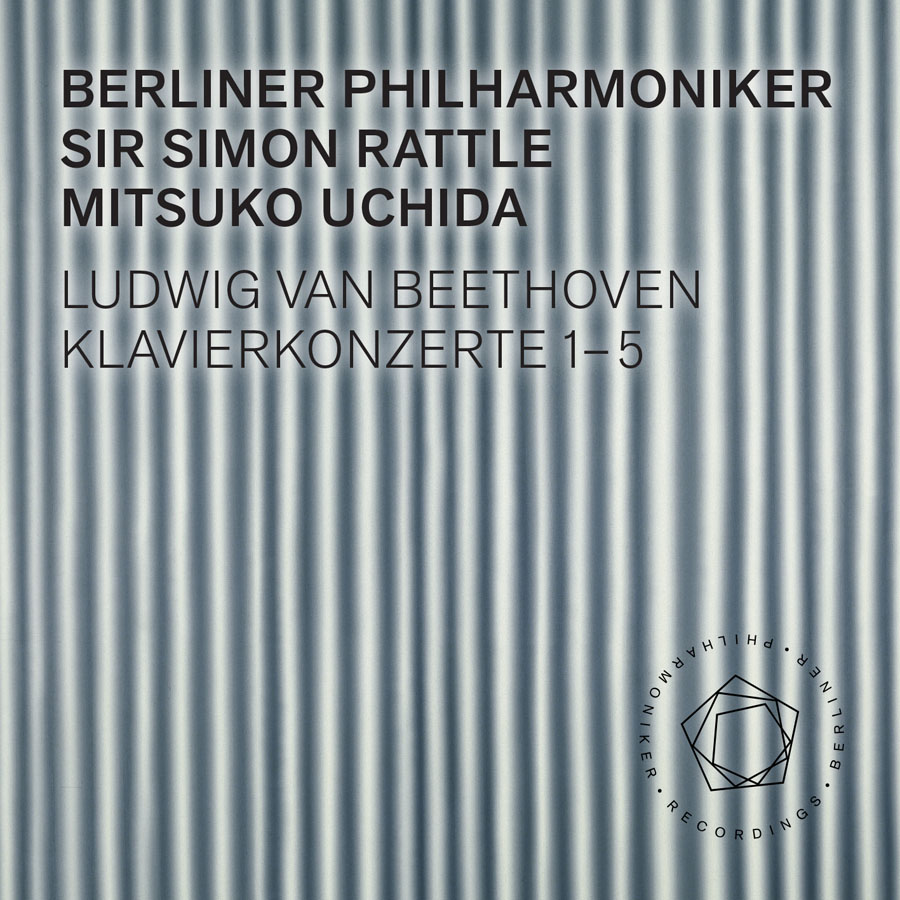 One of the highlights of Simon Rattle’s 16-year tenure as chief conductor of the Berlin Philharmonic was his final cycle of the Beethoven symphonies (BPHR160091), a set that rightly walked off with the 2016 Limelight Orchestral Recording of the Year. Now that he has moved to London, as a more than worthy pendant, the BPO has released a compelling set of the Beethoven piano concertos from 2010 with Mitsuko Uchida, a cycle that possesses all the advantages of live performance with, as far as I can hear, none of the drawbacks.

Uchida is no stranger to Beethoven, a composer who clearly attracts her almost as much as Mozart. She is also no stranger to Rattle and the BPO, having performed more regularly than any other instrumental soloist during his time in Berlin. That familiarity is telling on both counts, for although Uchida has recorded the cycle before – excellent accounts captured in Munich with Kurt Sanderling and the Bavarian Radio Symphony Orchestra between 1997 and 2007 –  these performances are if anything even finer, benefitting from the frisson of an audience and a conductor with an especially sensitive ear for Beethoven. Rattle is both pacier than Sanderling in the fast movements and a touch more spacious in the slow ones. His orchestra sounds a trifle weightier, but the balance with the piano is still immaculate. Phrases are a little shapelier than with the Müncheners (though that set remains a benchmark for orchestral clarity), and for all his energy driving the music forward, Rattle never stints on the grandeur, especially in the powerful accounts of the final two concertos.

As for Uchida, her superpowers are in evidence here: filigree articulation, alertness to mood and a subtle instinct for the drama that is never bombastic. Compared with her earlier readings these are fractionally more nuanced, as if the thrill of live performance suggested taking marginally greater risks and opened up more fruitful opportunities in the moment. Listen to the tiny swells in the upward and downward runs in the first movement of the First Concerto, or the way she achieves slightly more daring pianissimo ends of phrases. Apparently, Uchida provided her own piano for these concerts, and there’s a crystalline clarity about the results, though always serving the communicative ends of the drama.

Intense and thoughtful, Uchida and Rattle make a wonderful artistic partnership, and the set comes with a Blu-ray disc of the concerts – imaginatively, but never fussily filmed – plus a seven-day voucher for the BPO Digital Concert Hall. This is a set to live with.