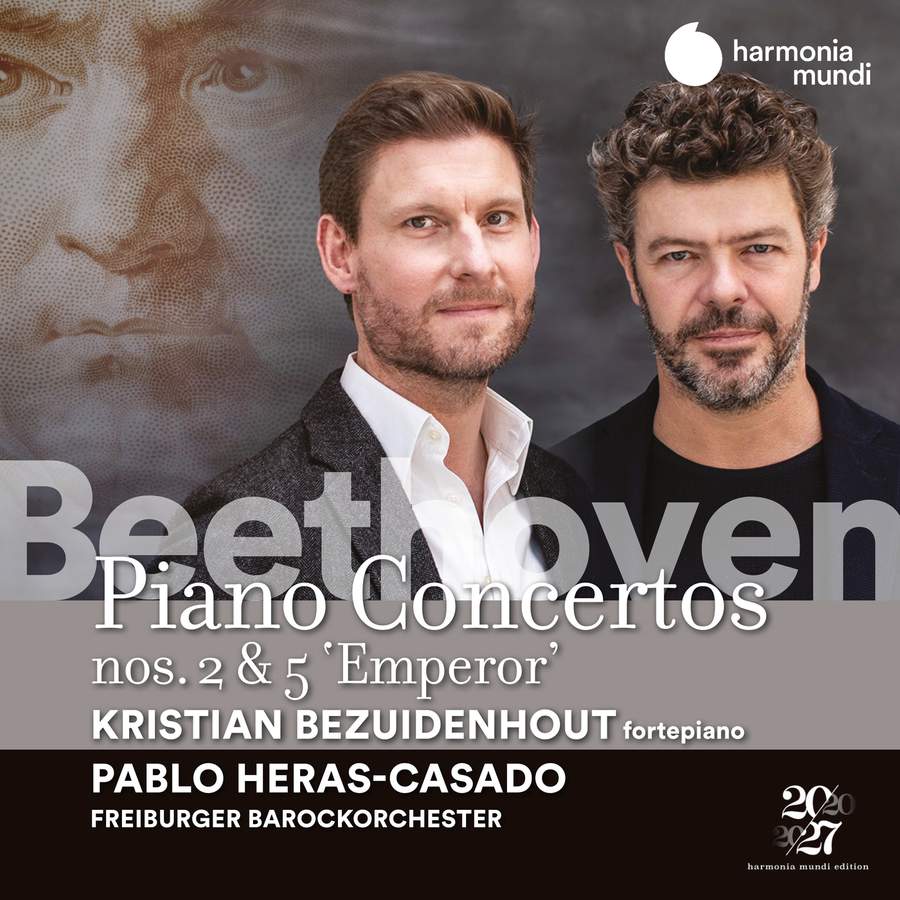 With everything that’s going on in world right now, it’s good to be reminded of humankind’s indomitable spirit in this 250th anniversary year of Beethoven’s birth. It’s also good to be reminded that an artist’s legacy, like fate itself, is never truly settled. So it is with Beethoven’s five piano concertos, which simultaneously look back to Mozart, forward to Brahms, up to heaven, down to hell.

That being said, the brilliant fortepianist Kristian Bezuidenhout is neither revisionist nor iconoclast. He is not even, like some period performance specialists, a philologist determined to resuscitate a dead language. He is more like a jazz musician whose improvisations grow so organically from the popular repertoire they’re based on that there’s no distinguishing the one from the other. In that way, composition and interpretation become truly collective, collaborative enterprises, alive in the here-and-now.

Bezuidenhout says as much in his booklet note to this first volume of the complete Beethoven piano concertos, all of which were recorded over a period of just ten days in December 2017 (before being performed live in concert) by Bezuidenhout and the Freiburger Barockorchester under Pablo Heras-Casado.

“I believe strongly that we need to look at the Mozart and Beethoven piano concertos through the lens of this type of live-for-the-moment, mercurial approach; to treat the text like a blueprint, a springboard if you will,” he writes. “This type” referring to previous references from two other authors to Beethoven’s “famous powers of improvisation” and to playing the solo parts from memory because they hadn’t even been written out anyway!

Those familiar with Bezuidenhout and the Freiburger’s Mozart piano concerto recordings will know what to expect here. Naturally I’m only going on the strength of this first volume, which contains Beethoven’s Piano Concerto No 5 (the Emperor) and No 2 in B Flat (in that order). But there’s a fluent freshness and sparkling sprezzatura here which even the admirable qualities of Ronald Brautigam, Die Kölner Akademie and Michael Alexander Willens’ superb complete set released last year cannot match.

Bezuidenhout plays a Rodney Regier after a 1824 Conrad Graf; the Feibuirgers play on gut strings and period instruments. Right from the Emperor’s introductory tuttis interspersed with dazzling piano solos, you’re caught up in a drama which pits not soloist against orchestra but players against eternity.

And whether it’s here, or in the Second’s Allegro con brio (with its cadenza by Robert Levin), or the two middle-movement Adagios, or the final-movement Rondos, Bezuidenhout’s keyboard rhapsodising seems to grow so organically from Maestro Heras-Casado and the Feibuirgers’ imaginatively-conceived and immaculately realised orchestral canvas that there’s no distinguishing the one from the other. Which surely was Beethoven’s whole point?