Beethoven’s Op. 18 quartets had a long gestation: it’s always been assumed that he lavished extraordinary care on them as he was aware that, as he was traversing a new medium (in his output so far) he was acutely aware of the creative challenges he had inherited from Haydn and Mozart’s sublime achievements in the genre. 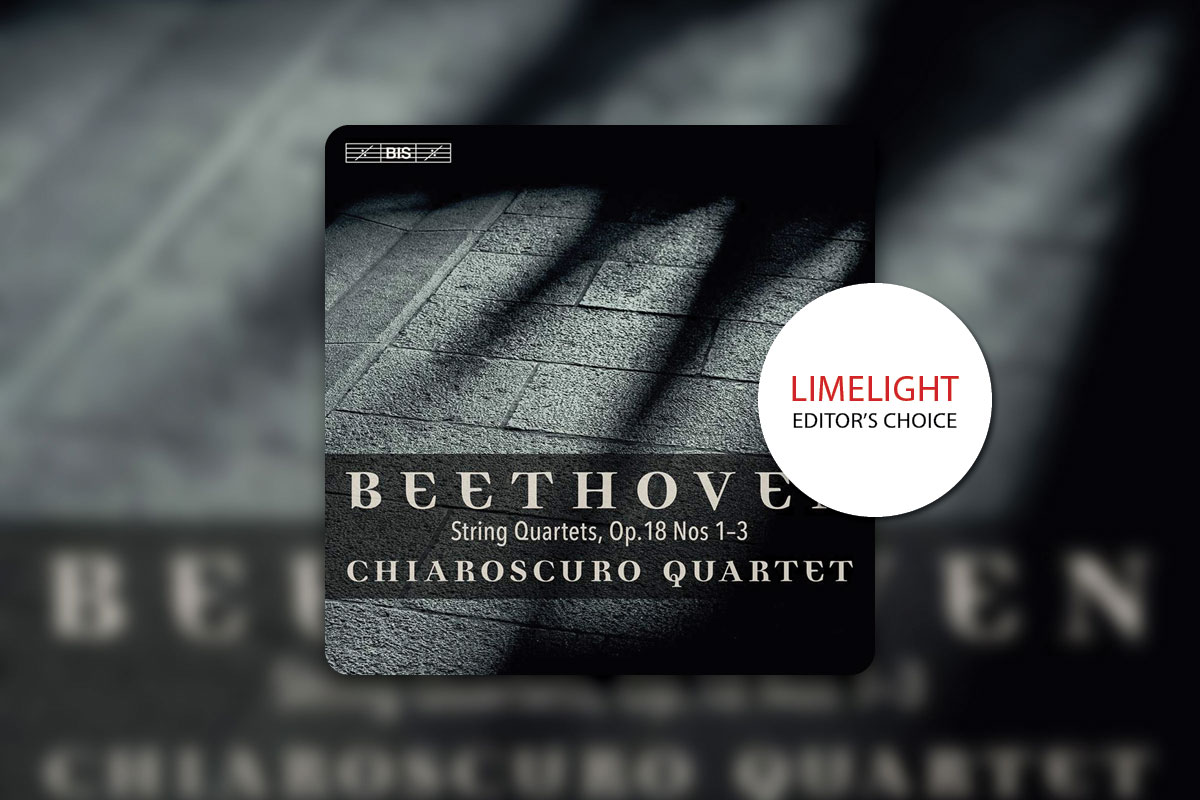 The Op. 18 No 2 (the third in order of composition) was originally (and unofficially) described as the Courtesy Quartet . The Chiaroscuro Quartet eloquently subvert the notion of merely conventional elegance, despite the melodiousness, charm, loveliness and grace, not to mention the urbanity and light-heartedness they also bring to it. The slow movement Adagio cantabile also displays their insightfulness in the scampering, bustling little Allegro interruption which reappears at the end of the movement as a ghostly pianissimo presence.

The Op. 18 No 3 (either the first or third in order of composition, depending on whom you read) is probably both the most...