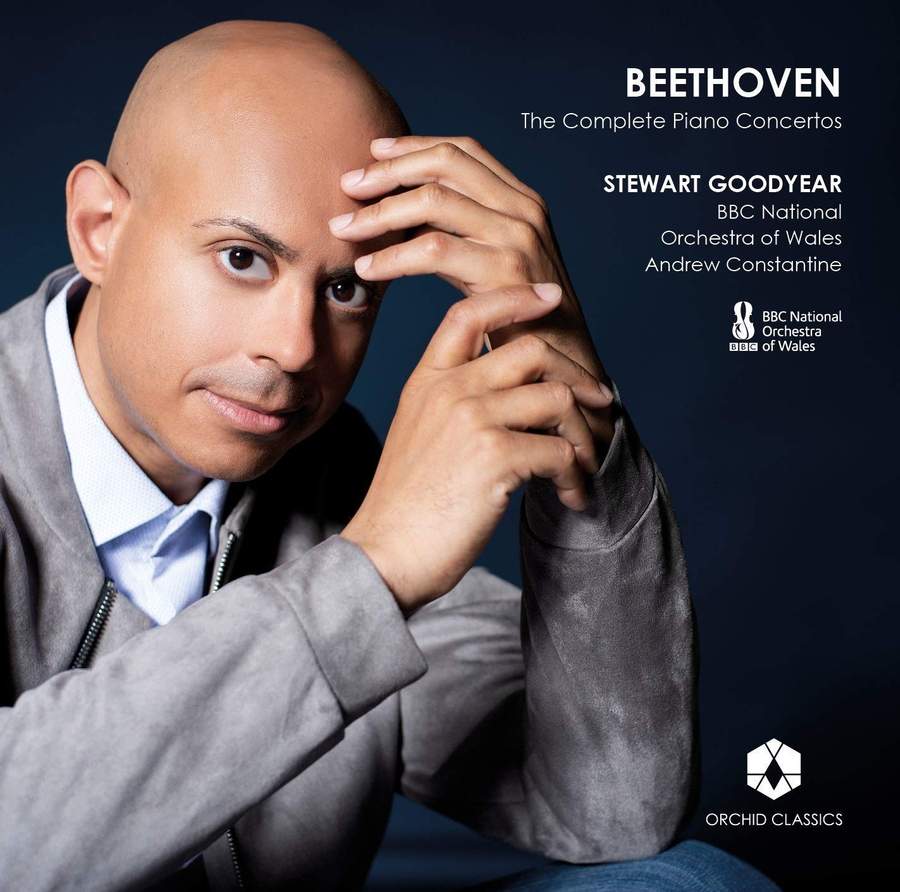 There’s no doubting Canadian pianist Stewart Goodyear’s love of the music of Beethoven. By the age of five he had played the complete 13-album set of the piano sonatas on his Mickey Mouse record player, going on to work his way through his late father’s record collection, which included all the symphonies and piano concertos.

This passion translates to his playing as, now in his early 40s, he sets about making his own recordings of the great man’s works. We’ve already had the recently released 2012 recordings of the sonatas (I gave these five stars last year) and now, in time for the 250th anniversary, come the five concertos with the BBC National Orchestra of Wales under Goodyear’s conductor of choice Andrew Constantine.

“I knew that I needed to record all the concertos next… but timing had to be everything. Just like my recording of the sonatas, it had to be at a time when I felt that I knew deeply what universal joy and delight felt like,” Goodyear writes in the liner notes.

Competition is fierce, with Mitsuko Uchida’s revisiting of the works with Sir Simon Rattle and the Berlin Phil and Goodyear’s exciting young compatriot Jan Liesecki’s self-directed survey with the Academy of St Martin-in-the-Fields – both on the Yellow Label.

But Goodyear’s case is eloquently made and he shows plenty of character and fine judgement and an evenness of quality throughout. The BBC band and Constantine are simply superb and the Orchid production team have done a great job.