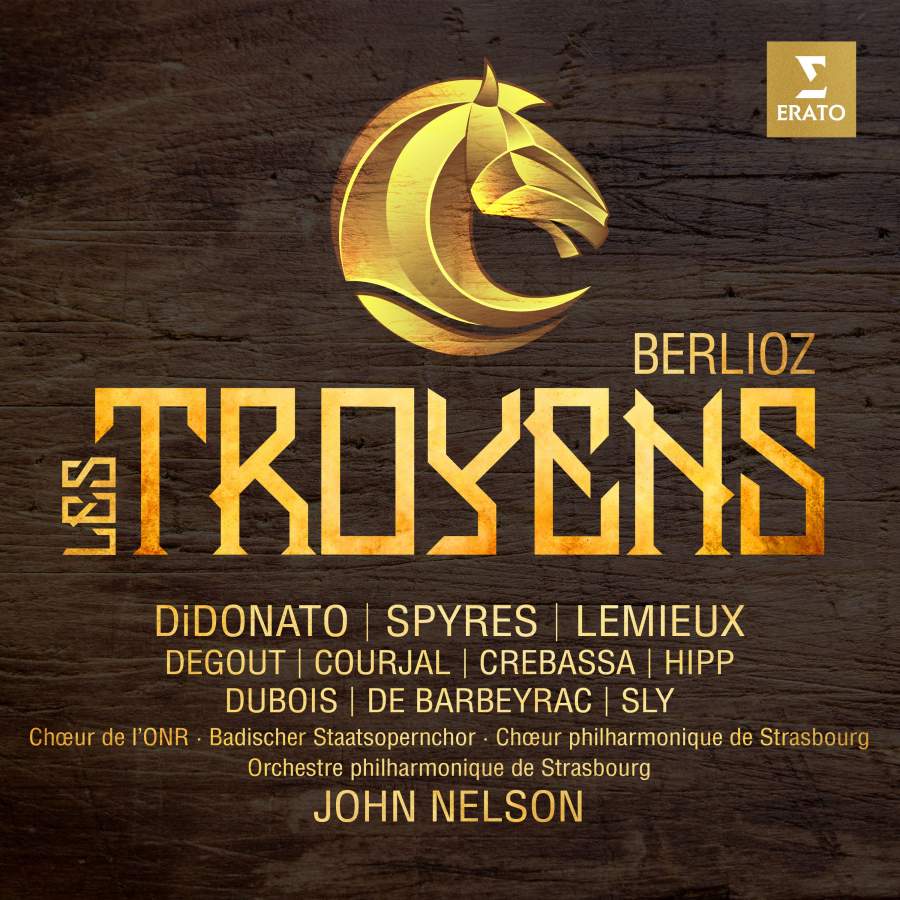 Despite its being increasingly awarded the status of masterpiece, recordings of The Trojans don’t come along that often. It may have a shorter running time than Götterdämmerung, but with its five different sets for each of its five acts and the need to bring in ghosts, a giant horse and end in a vision seen through the flames of an immolation, I guess it’s still a deep-pocketed opera house that can afford to mount it. This new Erato recording under John Nelson hails from a pair of live performances in Strasbourg and should be an immediate contender for this year’s awards.

The opera has fared well on disc – both of Colin Davis’s recordings are superbly dramatic, while the Montreal set under Dutoit is elegance personified – but with a line-up featuring Joyce DiDonato, Michael Spyres, Marie-Nicole Lemieux, Stéphane Degout and a host of stars throughout the minor roles, this reading can give even the best a run for its money. Chief honours should go to Nelson, at 76 a highly experienced Berlioz conductor. Generally, he drives it all forward with exemplary cut and thrust (Dido’s intermittently sluggish opening aria a rare misstep) while always finding sufficient air to put around the sublimely lyrical moments. It’s well engineered too, so a great deal of that detail comes over despite the necessarily powerful sonic waves and the need to capture the full force of three choirs in full flight.

I wouldn’t throw out the incisive Davis recordings, but the cast here is more even than his first, and better caught than his second. DiDonato is a touchingly vulnerable Dido who uses the text to great and cumulative effect. Spyres is a thrilling Aeneas with glittering top notes and a natural vocal suavity, Lemieux a passionate, wild-edged, gutsy Cassandra and Degout a warm, virile Chorebus. Highly recommended.