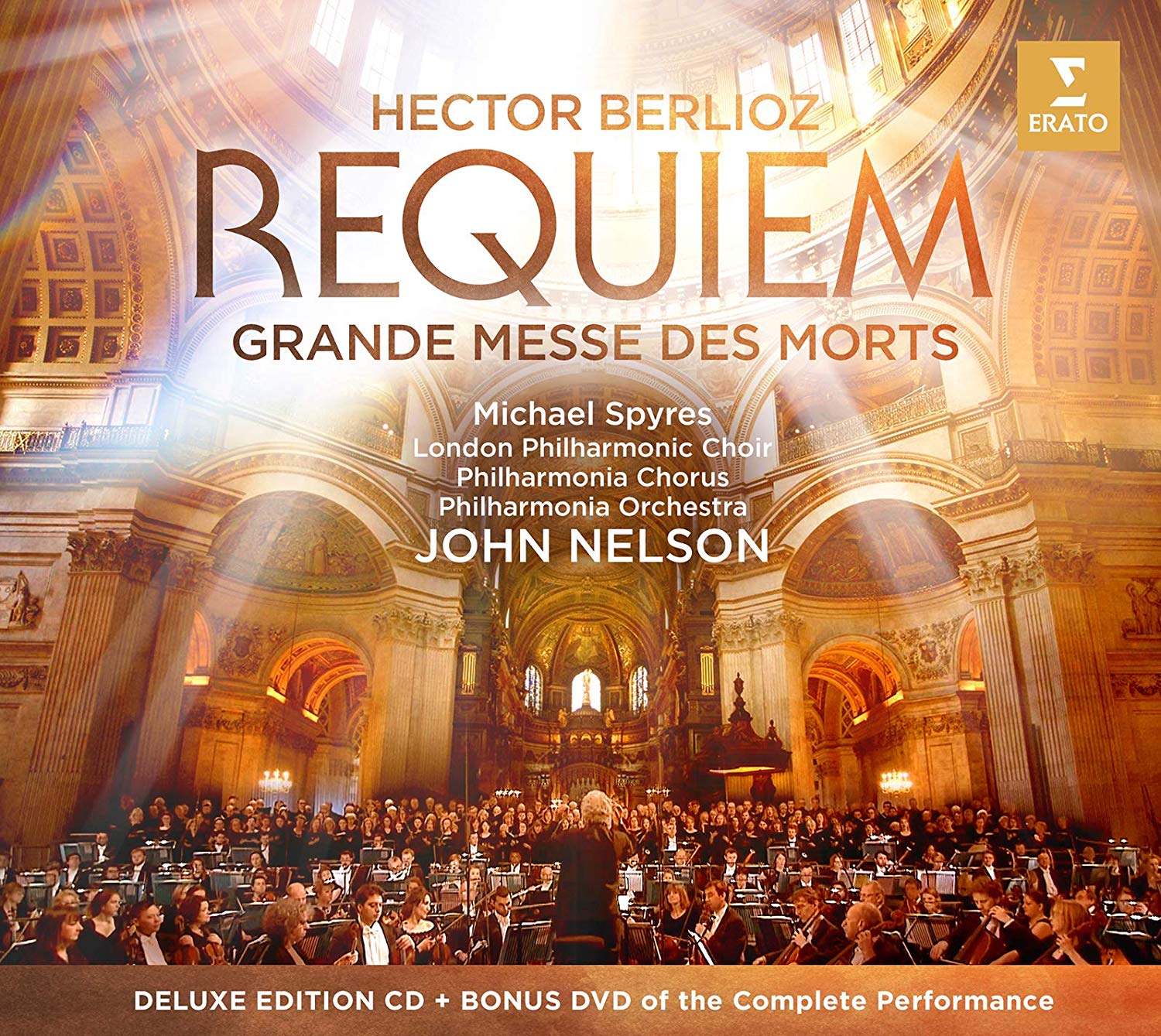 Berlioz would have been chuffed. In a coup de théâtre rivalling the composer’s own, some 400 English musicians gathered in the imposing vastness of St Paul’s Cathedral, London to perform his Requiem exactly 150 years after his death. The Grande Messe des morts (as Berlioz called it) is full of Romantic excess: on top of a huge orchestra that includes 18 double basses, 16 timpani, 12 horns and 10 pairs of cymbals, there are four brass bands and a massive chorus. At times all of these resources are unleashed with terrifying apocalyptic force, while elsewhere beatific visions mingle with more shadowy reminders of the Grim Reaper.

St Paul’s Cathedral is no stranger to performances of this work. Sir Colin Davis, the great Berlioz advocate, recorded the Requiem here in 2012 with the London Symphony. As was customary with Sir Colin, the interpretation was as spacious as the venue. In this recording John Nelson presents a leaner, more agile approach clocking in at 81 minutes 35 seconds, as opposed to Davis’s 94 minutes and four seconds. Such great music can easily admit such varying viewpoints.

Nelson navigates a steady, engaging course between the monumental and the melodic, allowing considerable detail to emerge, despite the huge acoustic. Part of his achievement is imparting equal intensity both to cataclysmic moments like the Tuba mirum as to the unsettled quiet of the Agnus Dei.

Michael Spyres has won many plaudits for his portrayal of Énée in Nelson’s recording of Les Troyens. Perfectly combining the lyric and the heroic, he sings the challenging solo of the Sanctus empathetically yet fearlessly. The combined choral forces rise to Berlioz’ often outrageous vocal challenges with precision and well formed tone, while Nelson co-ordinates the vast performing body with skill. Here is another fine version of this fascinating work.

Tenorial champions square up for thrilling bouts of vocal sparring.

★★★★★ Donizetti was one of the most prolific opera composers of all time, an appealingly personable fellow (if you read the letters), and an extraordinary professional capable of turning out a work in just a few weeks. That very facility though has led to a general dismissal of his music as too easy, rushed, derivative, or worse. Les Martyrs disproves all of these. A late work (1840), this grandest of his French grand operas was written simultaneously with the slighter, yet inexplicably more popular La Fille du Régiment, but the two works couldn’t be more different – one a trivially sucrose French confection, the other a profound meditation on faith and duty. But while Daughter of the Regiment went on to conquer the world, Les Martyrs sank without a trace. That latter statement isn’t entirely true. Les Martyrs was itself an expanded reworking of Poliuto, an opera Donizetti had written for Naples that fell foul of the censors and so never made it to the stage. Poliuto has been championed intermittently over the years (there’s a superb live version with Callas, Corelli and Bastianini) and Glyndebourne have just given its British premiere, but Les Martyrs is a horse of a…