In Musica Viva’s first concert of the year for Canberra, they brought together three performers who have been stunning audiences. Kicking off in Caberra’s Llewellyn Hall, and travelling to three other locations around Australia, Bernadette Harvey on piano, Harry Bennetts on violin and Miles Mullin-Chivers on cello continue to create sublime music. 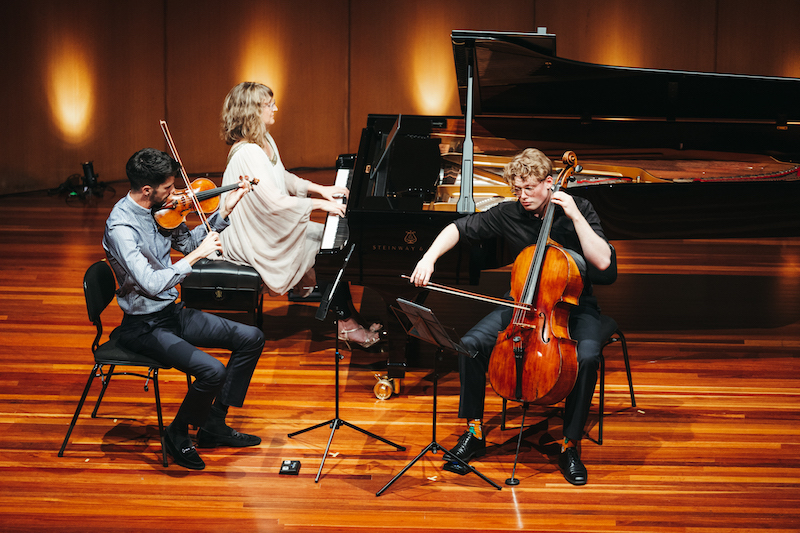 Based on a theme and variations of the opening to Britten’s opera, Peter Grimes, A Little Sea Music(2021) by Australian composer Donald Hollier was also inspired by poems about the sea. This work is a wonder for the Australian piano trio repertoire – so says Bernadette Harvey. Hollier, who has been composing for a long time, has written for almost every type of classical music. He was also once the conductor of the Canberra Choral Society in 1976 and Musical Director of Canberra Opera.

A Little Sea Musicopens with a haunting tune on the violin filled with floating and swelling effects. Like the sea, it portrays restless motion. In five sections, this 15-minute work...